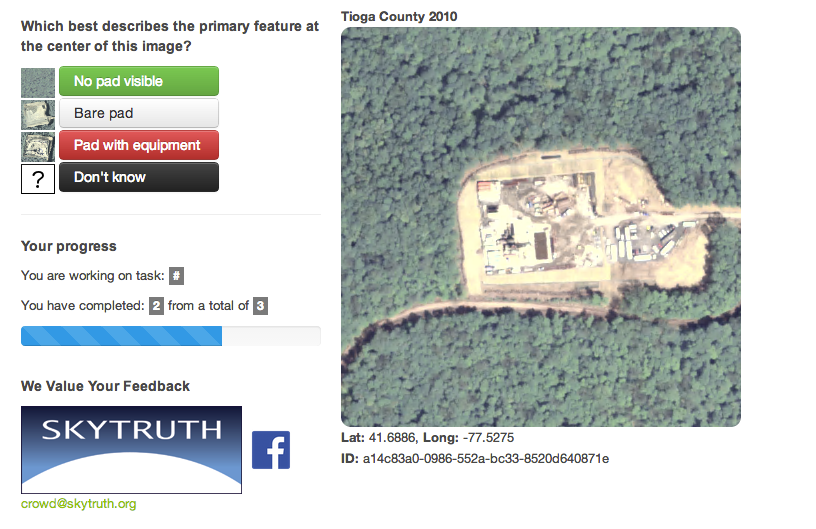 On July 31, 2013, SkyTruth launched FrackFinder, a crowdsourced project to find, map, and track all sites where drilling for natural gas using hydraulic fracturing(fracking). Many people have mapped where fracking is permitted, but we want to know when drilling actually happened and how many acres of land it impacted. Using Pybossa to create the project, volunteers were asked to determine if a given photo contained a wellpad, a wellpad with equipment on it, no wellpad, or if it was impossible to tell. Multiple volunteers viewed the same images, allowing us to have a very high degree of certainty about the image when all or most of the volunteers agreed. When we launched the project, we didn’t know if anyone would even be interested in helping out, but in just four weeks, the first batch of imagery was 100% complete.