This is a suspected oil slick from Site 23051 in the Gulf of Mexico measuring 24 miles long and covering a surface area of 48 square miles.  The image was captured on June 26th, 2008 by NASA’s Terra spacecraft and is available from the MODIS image library.  View this image in Google Earth. 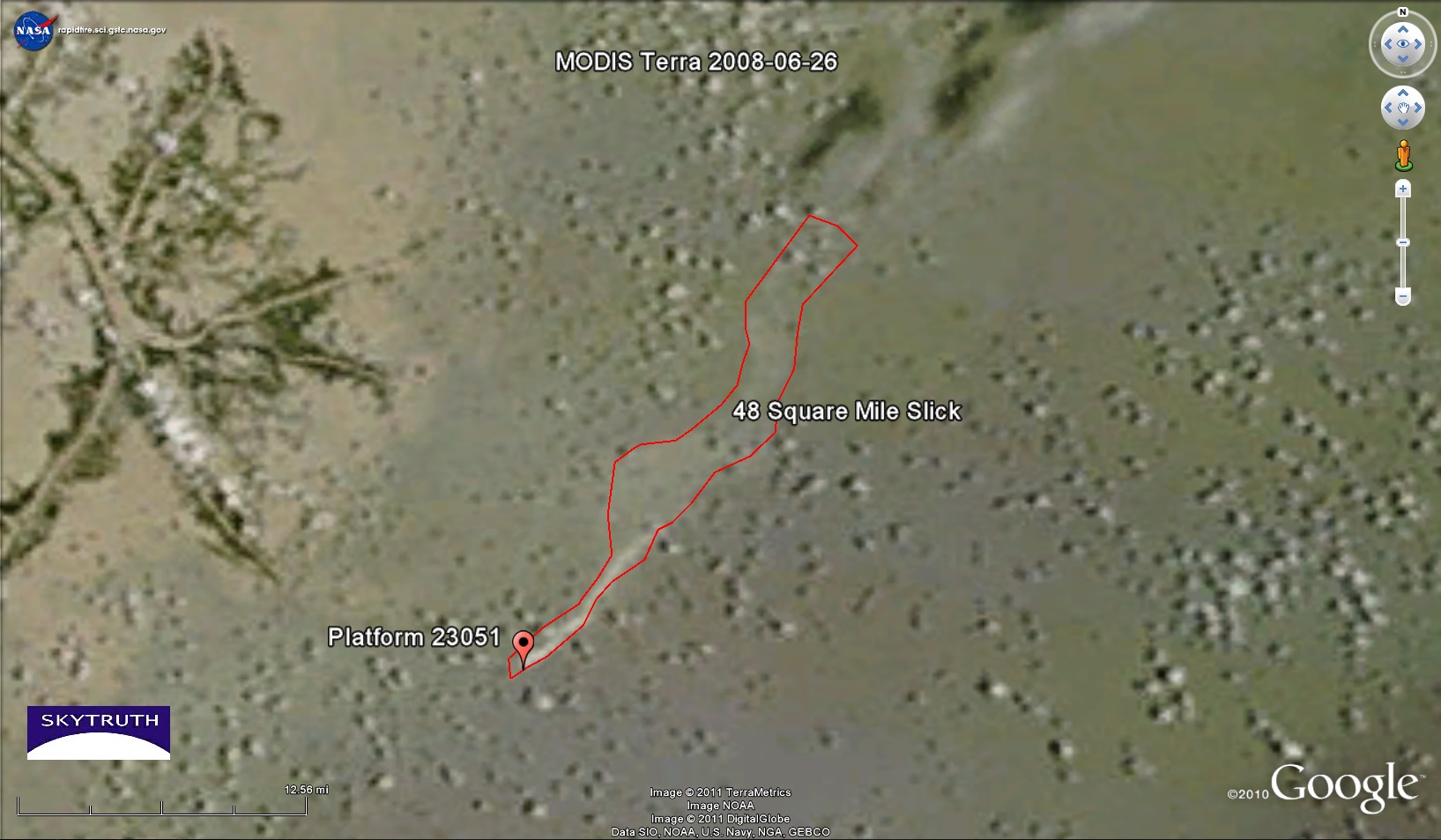 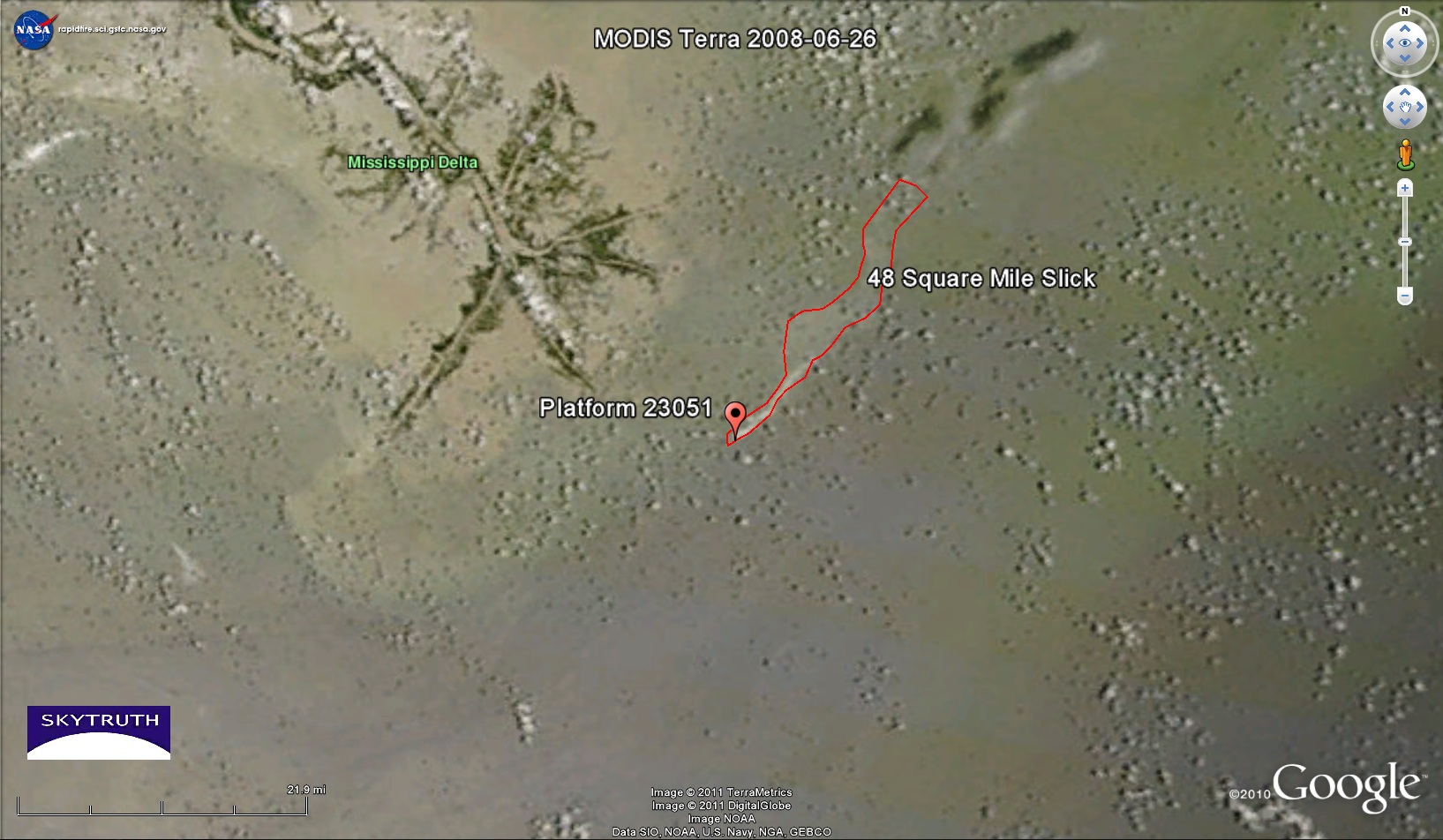