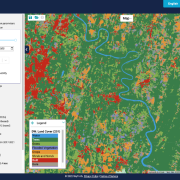 A new, free collection of data—in tandem with Alerts—bolsters our ability to detect habitat change in near real time

The unique data—freely available to the public—make it possible to create algorithms that automatically detect specific habitat changes, such as new buildings, deforestation, desertification, and changes in surface water boundaries. When coupled with existing features of Alerts, the combination can yield huge benefits for land use monitoring. Those interested in viewing the plenary session can sign up to attend Geo for Good virtually.

Dynamic World (DW) is an exciting product in many ways.

Why is all this important? The short answer: It’s a lot more data. It’s also the right kind of data, and by making DW an Earth Engine dataset, the data is easily accessible to developers. 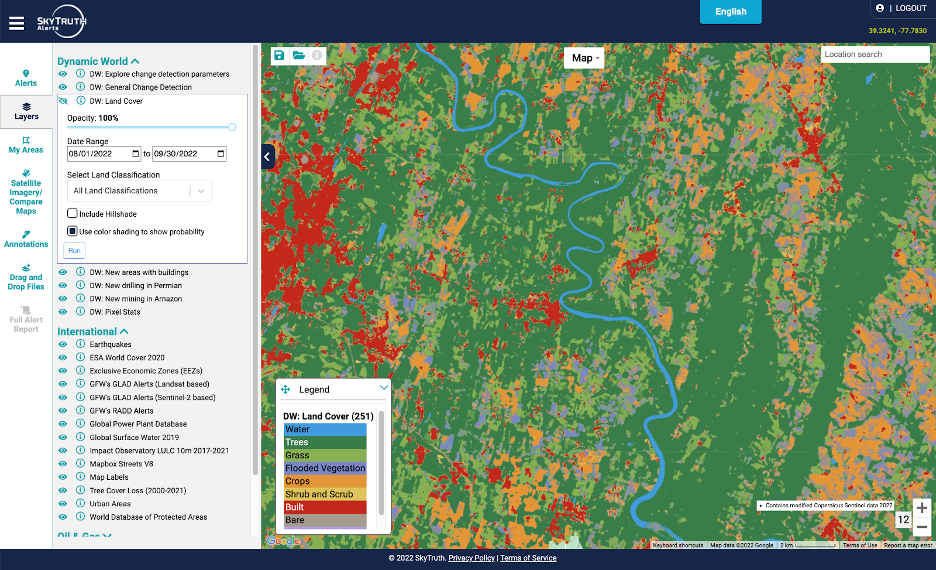 An automated change detection algorithm is one of the most useful tools that we can provide to environmental groups, government agencies, and individuals who monitor land use. One approach to creating change detection requires labeling scenes (satellite imagery taken on a specific date) and seeing where those labels differ from one date—or, more likely, a range of dates—to another. Deep learning has been used successfully to create these labeled scenes, but up to now most of the available datasets have been for annual composites of images, where a pixel’s LULC label represents a single classification for the entire year. In such cases, much of what occurs on a property throughout the year gets lost. For example, a single 10x10m area might transition between cropland, grassland, bare, and buildings all in the same year. An annual LULC label can only assign one label to that pixel, thus missing the full picture

DW solves this problem by applying LULC labels to each scene. It then goes one better by assigning probabilities to each LULC category for each pixel. Probabilities are important because of the imprecise nature of computer vision in general; identifying crops, bare ground, grassland, or shrubs can be tricky work for a computer.

All things eventually change, so a perfect change detection algorithm would detect change everywhere. The hard part is defining what changes matter, over what time period, and measuring those changes effectively. If I were to build an algorithm that perfectly detects broad vegetation change, that wouldn’t help me locate a desert. In the same vein, if I only care about forests—and not grasslands or crops—then building a forest change-detection algorithm would overlook shrublands.

Keeping all this in mind, there are a few important questions to ask yourself before you can build a useful change detection algorithm: 1) What changes do different stakeholders care about? 2) What ecosystem are we working in and what do those changes look like there? 3) How do we measure those things reliably and distinguish them from changes we don’t care about?

Using SkyTruth Alerts, we address the need for habitat-specific change detection by going one step further: making it specific to a user’s geographic area of interest (AOI).

Using this workflow to experiment with DW data, SkyTruth identified DW parameters and values that compare two date ranges, allowing us to detect these changes:

These detection algorithms aren’t perfect, but they don’t have to be; they just have to point to where you need to look closer. With its built-in satellite viewing and comparison tools, SkyTruth Alerts is designed to help you take that close look. 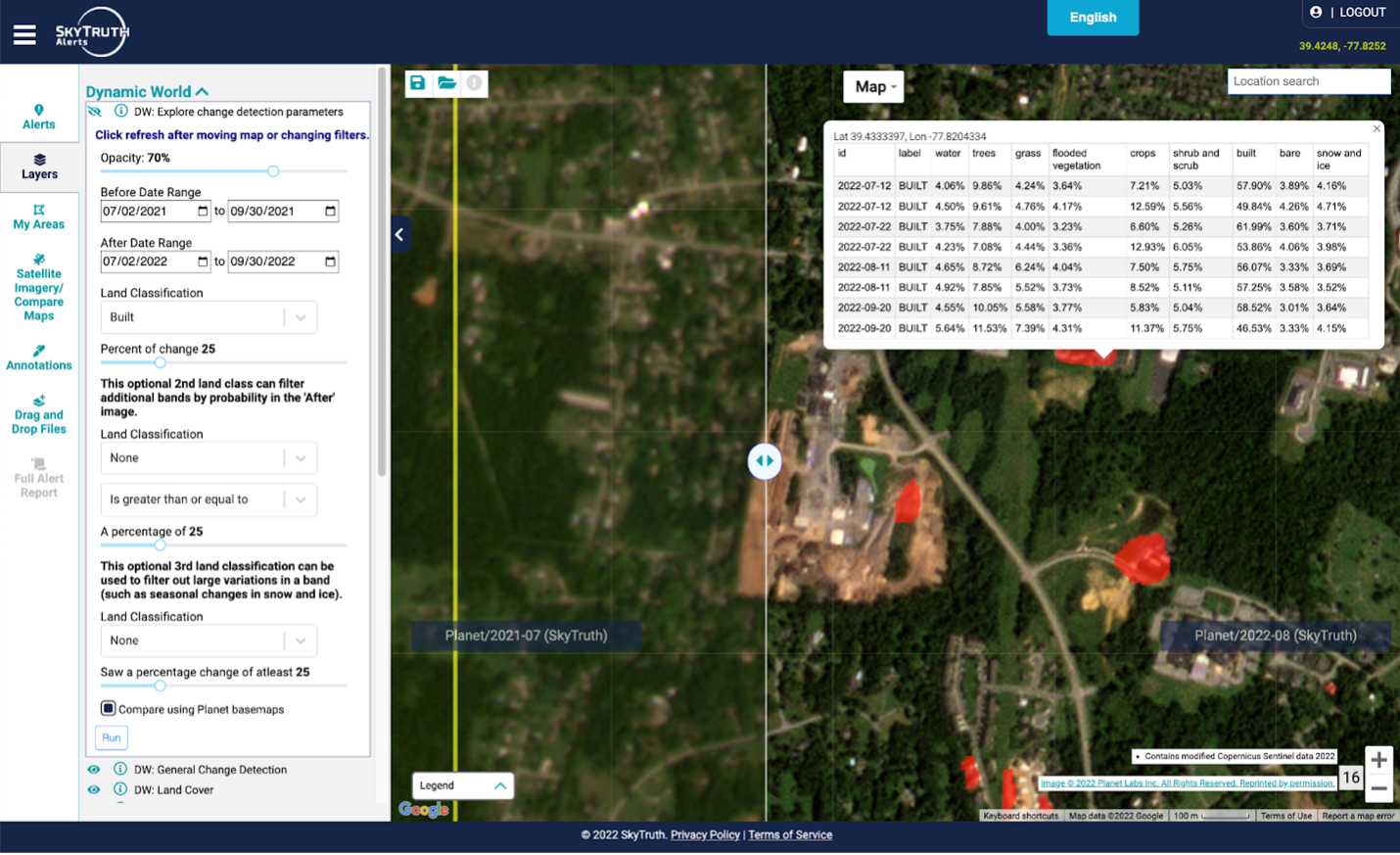 Screenshot of SkyTruth Alerts, showing new building activity in the past year (highlighted in red). The pop-up table reports probabilities for each land cover type according to the pixel selected.

Note that this approach will always be outperformed by a bespoke model designed to detect a specific type of change in a specific habitat. For example, the new mining identified in the Amazon is not as accurate as machine learning models that are built specifically for this task, such as the one we built at SkyTruth. But DW can still be a useful addition because it’s so quick. At SkyTruth we’re using DW data to improve our Amazon mining model by removing some false-positive detections; for example, we’ve filtered out agricultural fields after harvest because they have similar visual signatures as mines.

Roadmap for DW in Alerts

Everything we’ve done to date is still being tested, and we welcome partners! If you’d like to join the experiment, you’ll find some guidance here.

As we continue to work with the DW dataset, we are considering some of the following enhancements to Alerts:

As always, we want to hear from you! Your feedback is an important consideration in deciding which tools we develop at SkyTruth. Contact us at feedback@skytruth.org with ideas, use cases, and questions.