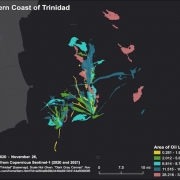 Trinidad and Tobago – the small dual-island Caribbean nation – has been a top exporter of liquefied natural gas for years. Because of its significant oil and gas exploration, and what some Trinidadians would call poor corporate and government responsibility, oil leakages from offshore infrastructure are very common events in Trinidad’s waters. With the help of satellite imagery, SkyTruth has been able to directly observe and continuously monitor Trinidad’s chronic oil pollution.

Between June 2020 and November 2021 alone, we’ve estimated the cumulative amount of oil that has leaked from offshore infrastructure and into the Gulf of Paria and eastern coast of Trinidad to be between 55,740 and 260,120 gallons. That’s at least twice the size of the most recent oil spill in Huntington Beach, California and up to 10 times as large.

Our analysis used similar methods outlined in our 2012 and 2017 spill reports on the Taylor Energy spills. However, we did not use public pollution reports filed with the National Response Center to estimate our spill areas like our previous reports did. Instead, we used oil spills detected by SkyTruth’s project Cerulean. Cerulean uses artificial intelligence to identify patterns of oil pollution in satellite images. In our case, we used radar images from the Sentinel-1 satellites to detect oil spills. With much help from Jona Raphael, SkyTruth’s machine learning expert, we were able to pull these direct observations from Cerulean for our analysis. 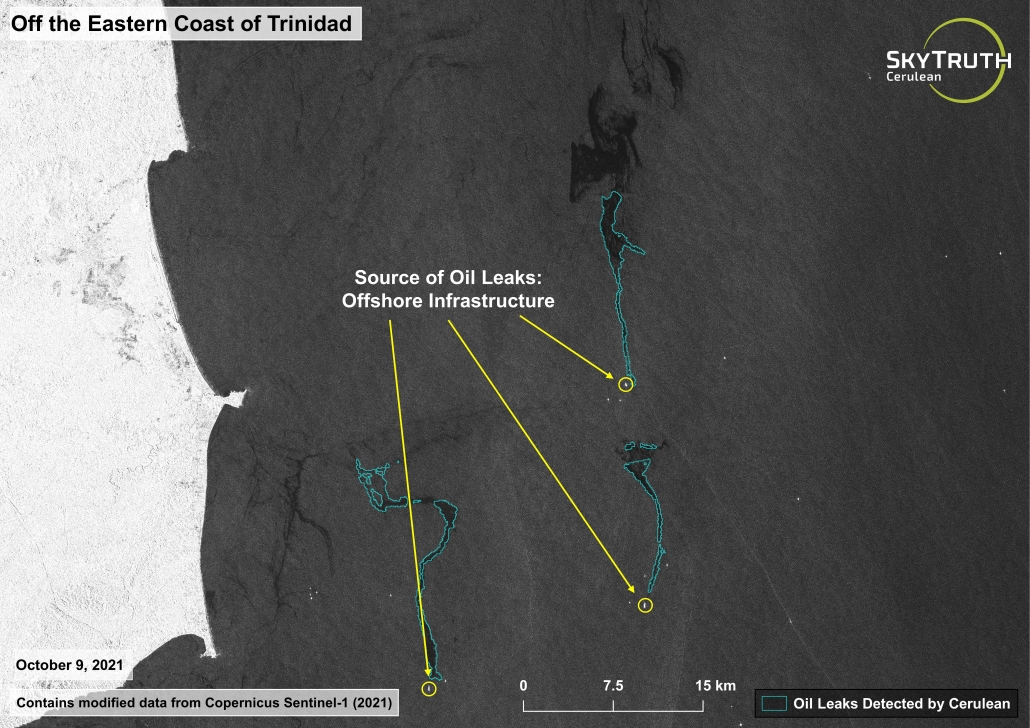 Here’s how we did it:

The data and analysis for our report can be found here. For more on the calculation methods and assumptions, see our 2012 and 2017 cumulative spill reports. 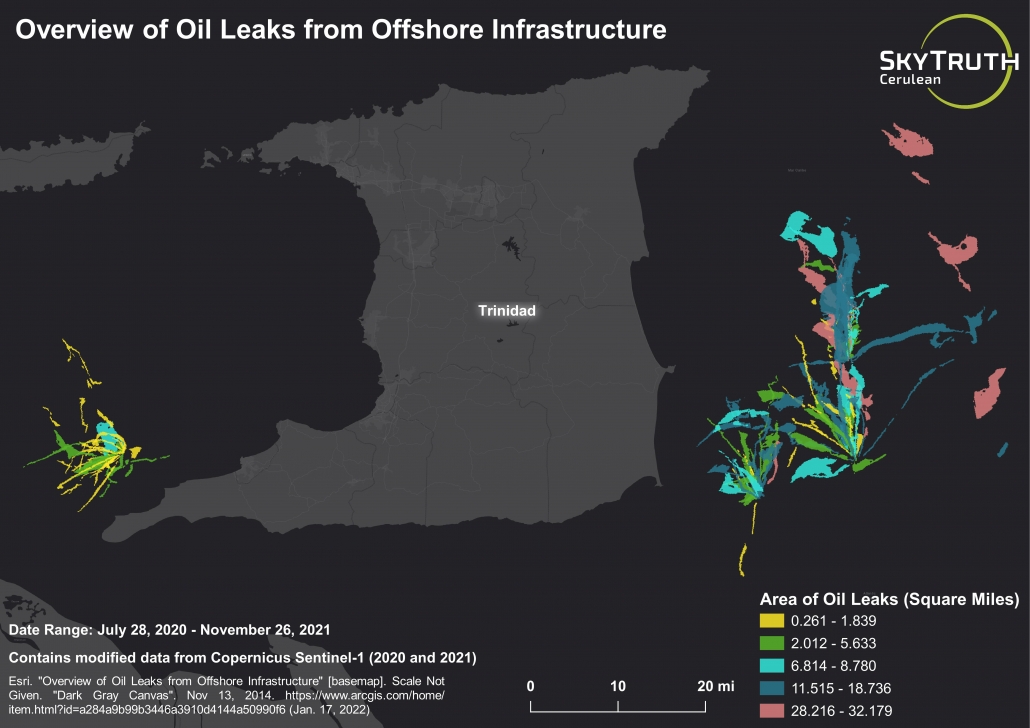 A look at this overview image shows areas of active pollution from offshore infrastructure, specifically in areas of known oil fields and platforms. 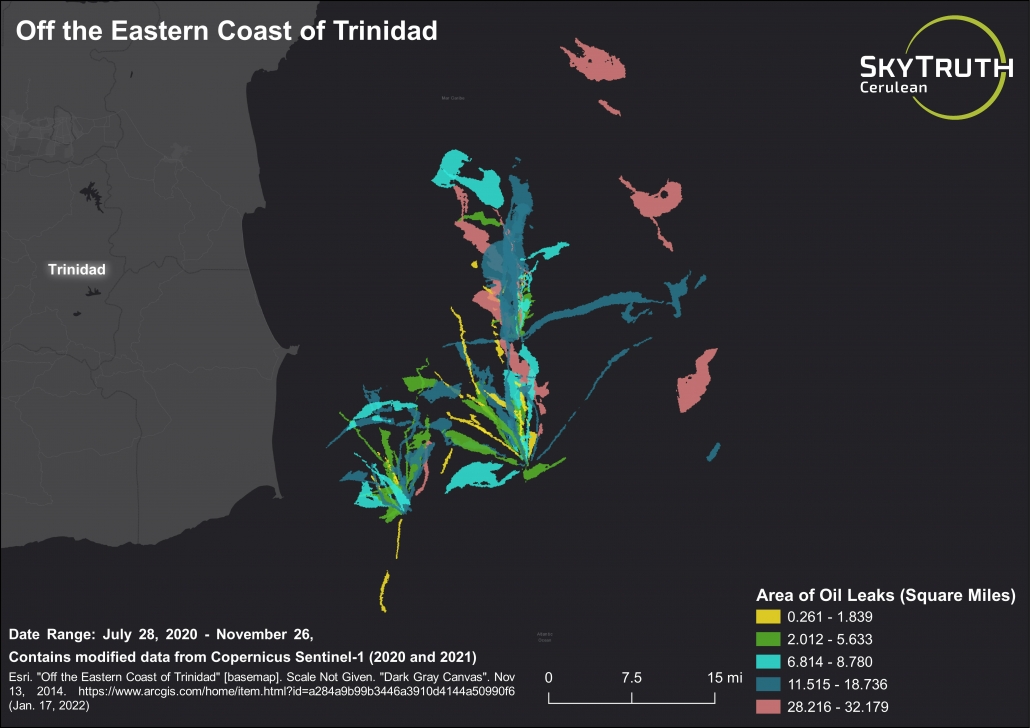 A close up of the chronic pollution off Trinidad’s eastern coast. These spills originate from offshore infrastructure that are within oil fields.

Oceans play a vital role for island nations. Their lifestyle, culture, economy, and sense of place is heavily dependent on their surrounding environment. Continuous oil pollution events will place a long-lasting burden on Trinidadians. SkyTruth will continue to monitor Trinidad and Tobago. We hope that as our technological capabilities expand, we can perform more analyses to document oil pollution in Trinidad and Tobago and support concerned citizens and activists working to protect their local environment.

EPA’s temporary suspension of environmental enforcement seems to have reduced...
Scroll to top