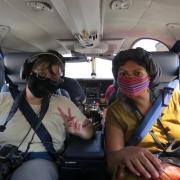 With the intense concentration of polluters and frequent hurricanes in the Gulf of Mexico, the watchdog group Healthy Gulf relies on Alerts to flag dangerous incidents.

Naomi Yoder is a bit of a renaissance person when it comes to environmental protection: they work as a geospatial analyst for the environmental group Healthy Gulf identifying pollution events and tracking trends and also as a policy analyst pushing for reform to reduce that pollution. When I spoke with Naomi about their work, one of their first comments said it all: “SkyTruth Alerts is so useful. I can’t say it enough.”

They noted that state and federal agencies don’t do an adequate job tracking pollution. Neither do the companies that are polluting. But, Naomi says, “Alerts helps us identify problems, monitor problems and track their history.”

SkyTruth Alerts is an app that lets anyone with an internet connection monitor environmental incidents in the areas they care about. Once you sign up, you can receive email notifications whenever an incident occurs. You can create maps of your areas of interest, and track trends over time. When SkyTruth started Alerts 10 years ago, it focused on oil and chemical spills reported to the National Response Center (NRC), a federal database that collects reports of accidental pollution releases around the country. But the SkyTruth team is continually adding new features to Alerts, and today you can also track oil and gas permitting, drilling, and violations in key states, deforestation around the world, and more. You can overlay pipelines, other infrastructure, parks and protected areas, and satellite imagery to get a better understanding of where these events occur and their potential impacts to surrounding areas.

As a watchdog for the Gulf of Mexico and adjacent communities, Healthy Gulf covers a large area with a heavy concentration of polluters – oil refineries, chemical plants, pipelines, offshore drilling platforms, and more. Naomi relies on Alerts regularly to help them monitor the entire Gulf Coast and northern Gulf of Mexico region. For example, to understand where pollution is occurring, how long it continues, and how much is released, Healthy Gulf sometimes conducts overflights with partners like SouthWings to see for themselves what’s happening on the ground. Such flights are particularly useful in a region with extensive marshes and offshore activity. But flights are expensive. Naomi uses Alerts to help them pinpoint which areas they need to examine and target their flight time to those trouble spots. They then can determine if the problem is persisting, and sometimes see how big the problem really is. 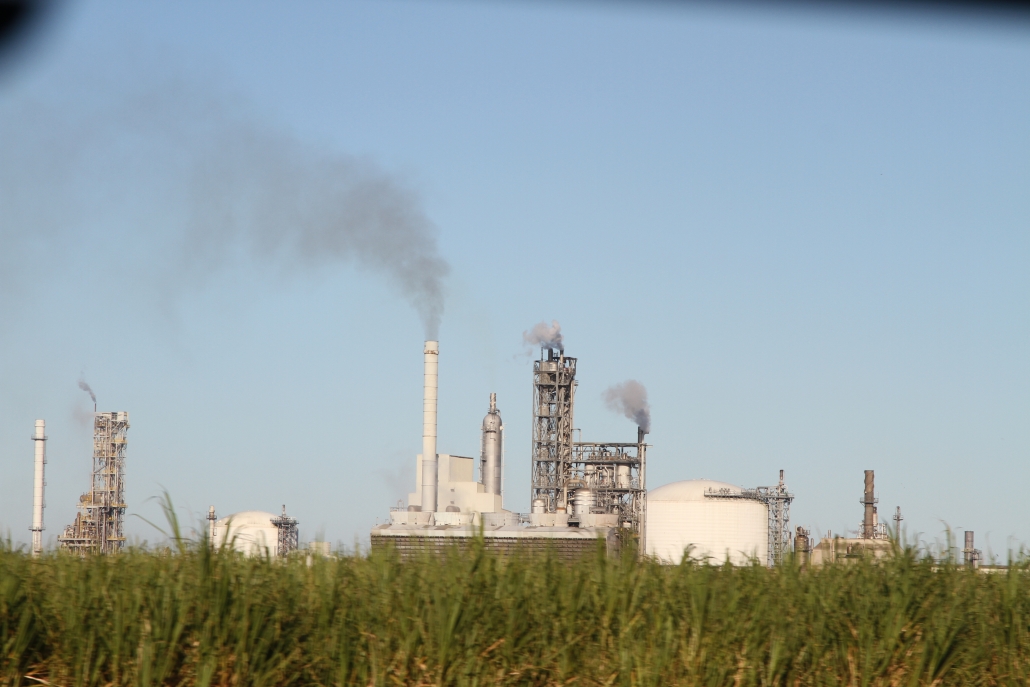 “SkyTruth Alerts were immensely helpful to us in response to the hurricanes this year and last year,” Naomi said. “It helped us get a handle on the effect of these storms.” Hurricanes typically create a lot of spills and in the chaos that follows powerful storms residents need to know what they are breathing and what’s in the water. “We want to get that information to the people affected,” Naomi said.  Plus, “reporters always want to know how many spills [occurred] and how much has spilled.” Healthy Gulf relies on the data in SkyTruth Alerts to provide a baseline that they can then use to guide their overflights and provide better information to vulnerable communities. “We were working around the clock,” after the hurricanes hit, Naomi said. “Alerts save us so much work. It makes a big real world difference.” 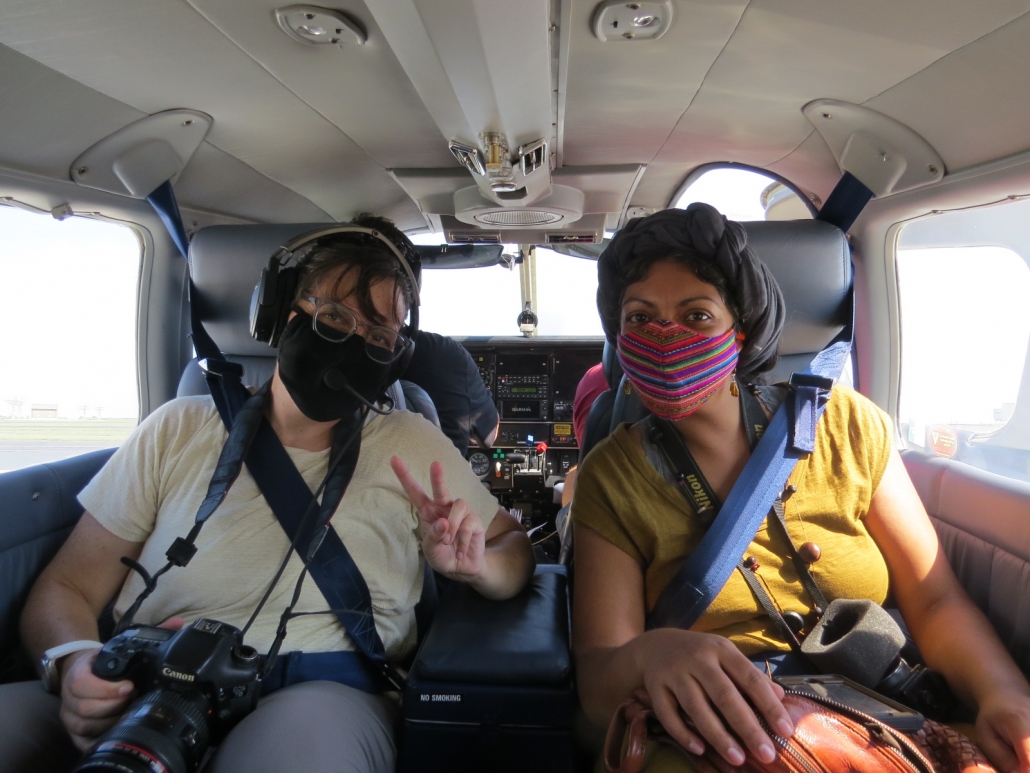 Naomi also writes expert testimony on proposed development. They use overflights and SkyTruth Alerts to help determine how a proposed project might harm the environment. For example, offshore oil drilling is huge in the Gulf. They’ve made maps using SkyTruth Alerts’ geographical downloadable data, of offshore oil incidents over the past 10 years to demonstrate visually to regulators just how damaging oil and gas facilities already are, and then to conclude how inappropriate new facilities can be. And when looking at individual companies, they examine the companies’ track records through SkyTruth Alerts. If a company proposing additional development has a bad record, Healthy Gulf exposes that record in public testimony.

Sometimes local action can have global impact. When the Louisiana Governor’s Climate Initiatives Task Force was developing a greenhouse gas emissions budget to address climate change, the Task Force used a national average for gas leaks per mile of pipeline in their work, according to Naomi. Healthy Gulf used SkyTruth Alerts to propose a leak rate specific to Louisiana. Their analysis showed that in Louisiana, the leak rate was much higher than the national average. “We have a disproportionate amount of industry and oil and gas so of course that increases emissions,” Naomi said. They shared their findings with the Task Force’s Science Advisory Group, which then noted that the national average rate is probably lower than Louisiana’s rate. “The greenhouse gas emissions budget will feed into the state’s overall plan” to mitigate the impacts of climate change, according to Naomi. Therefore, “we need an accurate picture of what we need to do to get there.” 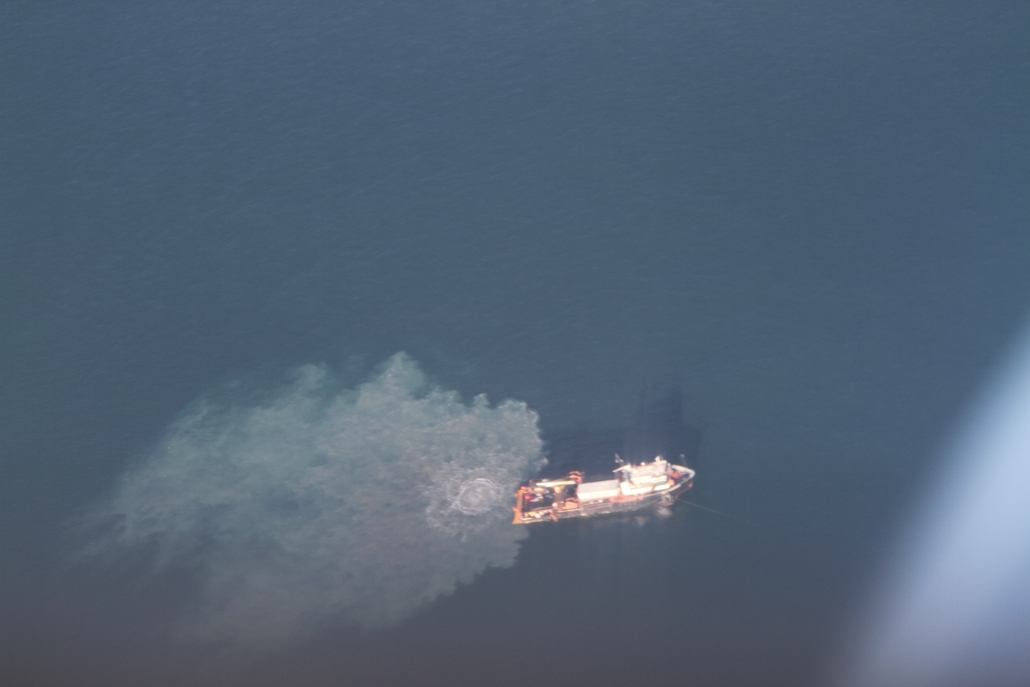 Although much of the data on Alerts that Naomi depends upon comes initially from the NRC, Naomi finds the NRC database unreliable, cumbersome, and incomplete. They noted that it often has inconsistencies in the volume of material spilled, or in the type of material spilled, or the units. SkyTruth clears that up so that Alerts is easy to use for analysis. In addition, the NRC reports are published in calendar-year batches, so it’s impossible to search by month or decade without downloading and aggregating multiple large, unwieldy data files.

“The NRC data is a beast,” Naomi said. “It’s much much easier to go to SkyTruth because Alerts pulls all that material together for us…With SkyTruth I have data at my fingertips.”