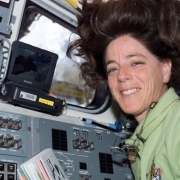 My conversation with astronaut, teacher, and SkyTruth board member Barbara Morgan stretched to two and a half hours, yet just scratched the surface of her remarkable experiences and perspective. Here’s a taste of what she shared and how SkyTruth helps her continue following her passions.

That’s a common refrain from teacher, astronaut, and SkyTruth board member Barbara Morgan as she talks about her time with NASA. I guess I’m not surprised that a teacher – and particularly one who applied to NASA’s Teacher in Space program – is all about learning. But Barbara actually resisted becoming a teacher at first, and never dreamed she would go into space.

“At the time when I was growing up I learned that girls could only become a few things: they could be moms, they could be nurses, they could be secretaries,” she says. They could also be teachers. But in high school, Barbara “didn’t like those limits.” In her rebellion, she decided that, despite her love of learning and her excellent teachers, she didn’t want to be a teacher. Instead, she studied human biology and considered a pre-med track at Stanford University.

A few epiphanies drew her back to her true love and away from pre-med, which at that time favored competition over cooperation. For example, one day she drifted into the education section of the bookstore and picked up a book with a fascinating woman on the cover whom she had never heard of before: Maria Montessori, whose educational methods are taught in Montessori schools today. Barbara sat down right there and essentially read the book. That experience got her thinking — about her favorite biology course on the structure and function of the brain, how much she enjoyed the anthropology course she had taken on comparative education systems, her interest in memory, and her summers as a camp counselor. “I like this stuff,” she realized. “Why am I fighting it?”

After graduating from Stanford she enrolled in a graduate program at Notre Dame de Namur University to become a teacher. “I’m all about public service,” she says. The year-long training revolved around student teaching in a public school during the day and taking teaching seminars at night. She started her first full time teaching job at the Flathead Indian Reservation in Montana. Years later, she spent a year teaching in Ecuador.

She taught for 10 years — most of it in a small mountain town in Idaho — when NASA began its Citizen in Space program. In 1984, President Ronald Reagan announced the Teacher in Space program to recognize teachers and trigger excitement in science, mathematics, and space exploration. Barbara was drawn to the opportunity immediately. “As teachers we are always looking for new ways to teach, breaking down classroom walls to bring the world in to our students and to take our students out into the world,” she says now. Space was the ultimate classroom without walls.

NASA received about 11,000 applications from teachers all over the country. Each applicant was asked to describe a project they would conduct on the space shuttle. “Learning is based on curiosity,” Barbara says. “My project was to answer as many questions as possible from students around the country.” Ever the teacher, she turned to her second grade students to help her identify the kinds of questions kids would ask.

Each state narrowed down its applicants to a handful who would be interviewed on three questions, which included their shuttle project and a pop question. The pop question turned out to be: What is your philosophy for living?

“It’s very much like my philosophy of education,” she tells me. “We’re here for such a short time and one of the greatest things about being alive is that we get to learn, and learn alongside others.”

Her answer was a winner. She headed to Washington, D.C. along with 113 other teachers for a heady week of NASA seminars, fancy dinners, and interviews with an eclectic mix of celebrities, academics, athletes and others. The week in D.C. whittled the pool down to 10 applicants, including Barbara. The chosen 10 were then sent to Johnson Space Center in Houston for a week of physical and psychological testing similar to what the astronaut corps undergoes. Then they flew back to D.C. for interviews with NASA’s top brass.

Only one teacher would be chosen as part of the Challenger space shuttle crew. As most Americans familiar with the January 1986 Challenger disaster know, that person was Christa McAuliffe, a high school teacher from New Hampshire. NASA chose Barbara as backup, and as a result, she trained alongside McAuliffe for six months with the Challenger crew. McAuliffe died along with the six other crew members when the Challenger disintegrated 73 seconds into the flight due to faulty rocket boosters.

“Christa was a wonderful person and a great teacher,” Barbara says now. “Very down to earth. The girl next door. Full of enthusiasm and intelligence. I learned so much from her.” Among the lessons Barbara took from McAuliffe was to worry about the things that are important and not to worry about things that aren’t. And what’s important are people and their dignity. “Christa really understood the bigger picture,” Barbara says. Namely, “what this was going to do for the teaching profession.” At the time, Barbara notes, teachers were getting a lot of public criticism. NASA hoped to improve public perception of teachers while simultaneously inspiring students to study science and engineering, and reigniting interest in space exploration.

After the accident NASA asked Barbara to fulfill McAuliffe’s extensive speaking schedule (as well as her own). So, for the remainder of the school year, she traveled the country for NASA and spoke at educational events, conferences, and schools, sharing thoughts about resilience, education, and space exploration. “I knew kids all over the country were watching adults responding to a terrible tragedy,” she says. “Kids learn in part by watching. I thought it was really important for kids to see adults doing the right thing. Which means figuring out what went wrong, what we did wrong, fixing it, and keeping the future open for our kids.” Then she went back to teaching in August of 1986.

In 1998 NASA asked Barbara to apply to the astronaut program as an astronaut candidate. This time she wasn’t part of a special teacher program. Barbara applied and trained as an astronaut candidate for two years. Her training included learning to fly the T38 (as a “backseater” she says), a supersonic jet trainer used by the U.S. Air Force and NASA to train pilots. All astronauts were required to aviate, navigate, communicate, and become flight engineers. She and her fellow “AsCans” as they were called, spent “hours and hours” in simulators, learning the systems of the space shuttle and the space station and how to operate them, practicing launches and landings and more. The trainers routinely threw in malfunctions to train and test the astronauts’ ability to handle potential problems. After graduating, she began her advanced training, which included learning how to maneuver the robotic arm, capture a satellite, dock the space shuttle on the space station, and work in weightlessness, among other things. At this stage she also supported ongoing missions with various technical assignments. 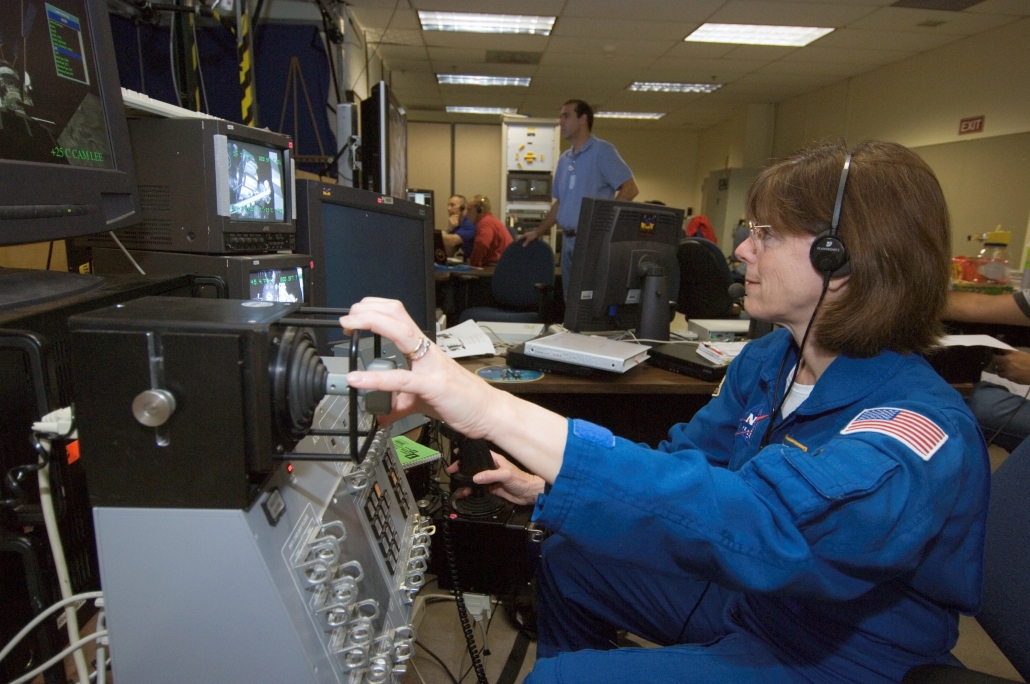 During this time, another tragic space shuttle accident, involving the Columbia in February 2003, stopped launches for a few years.

Barbara ultimately served as a Mission Specialist in August 2007 on the Endeavour space shuttle flight to help construct the International Space Station. She served as a robotic arm operator, loadmaster for the transfer of cargo on and off the Space Station, and flight deck crew for reentry and landing. “One of the coolest learning experiences in space comes from looking out the window,” she says. That experience reinforced for her the importance of protecting Earth. “When you are traveling in space, you are orbiting the earth every 90 minutes,” Morgan explains. “So you get 45 minutes of day and 45 minutes of night… One of the big surprises for me was that when you are on the daytime side it [space] is absolutely pitch black all the way to the edge of our planet. And the edge of our planet is a thin blue line. From our perspective here [on Earth] our atmosphere looks like it goes on forever. Well, 250 miles up [in orbit] it does not go on forever. It looks as thin as the skin on an apple. Our Earth is like a spaceship. We’re all on this spaceship Earth together, we’re hurtling through space, and we’re all sharing these very finite resources.” 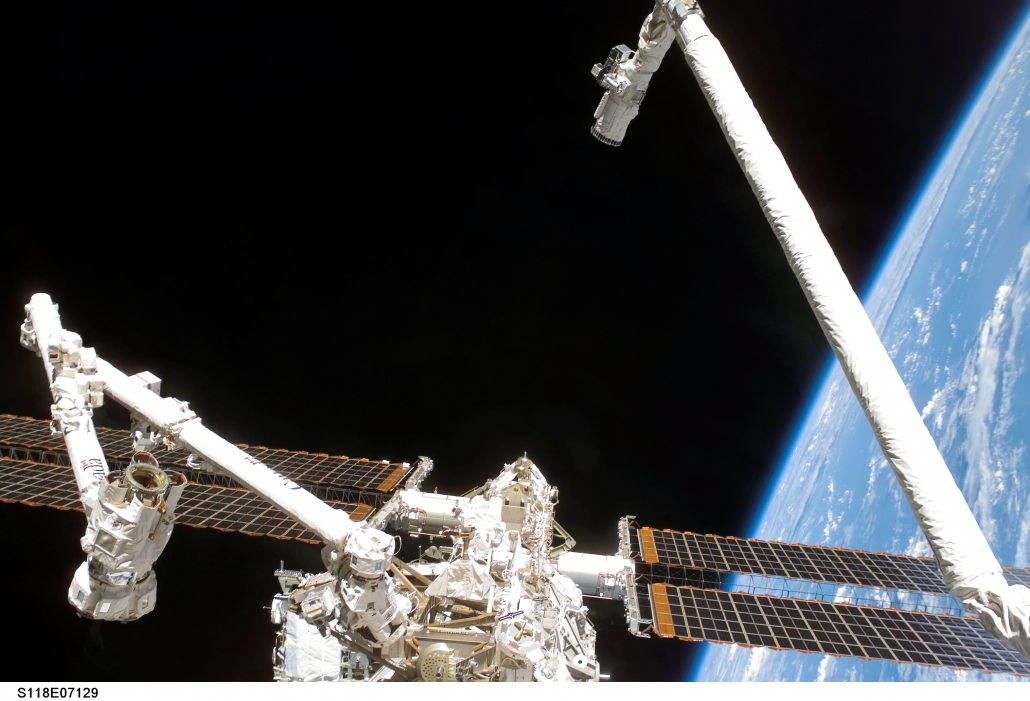 That perspective convinced SkyTruth board member Sue Kemnitzer that Barbara would be a good fit for SkyTruth.

“I thought of Barb for SkyTruth because when she returned from her first space flight, she talked so profoundly to me about seeing the Earth from space. I knew she would resonate with SkyTruth’s goals,” Sue says now. And she does. The two women had first met in the late 1980s when Sue was Executive Director of the National Science Foundation’s Federal Task Force for Women and Minorities in Science and Engineering. Barbara was NASA’s representative. Barbara tells me that she’s excited about SkyTruth’s mission to allow everybody to see from space. And not only to see it, but to bring about positive change by turning satellite data into something policymakers and the general public can access and use. “That is really important to me,” she says.

As we wrap up our conversation, I ask Barbara if she was afraid before her Endeavour launch, given the previous space shuttle accidents. She says no, she wasn’t frightened. “I weighed the risks and made the decision long ago to fly,” she replies. “Once you make the decision, you do the best you can to learn everything and you trust everyone around you.” Besides, she added, it’s all about learning and opening up a never-ending future for kids. “There will always be more to learn about the universe. Space exploration helps to set up a life of learning for kids.” 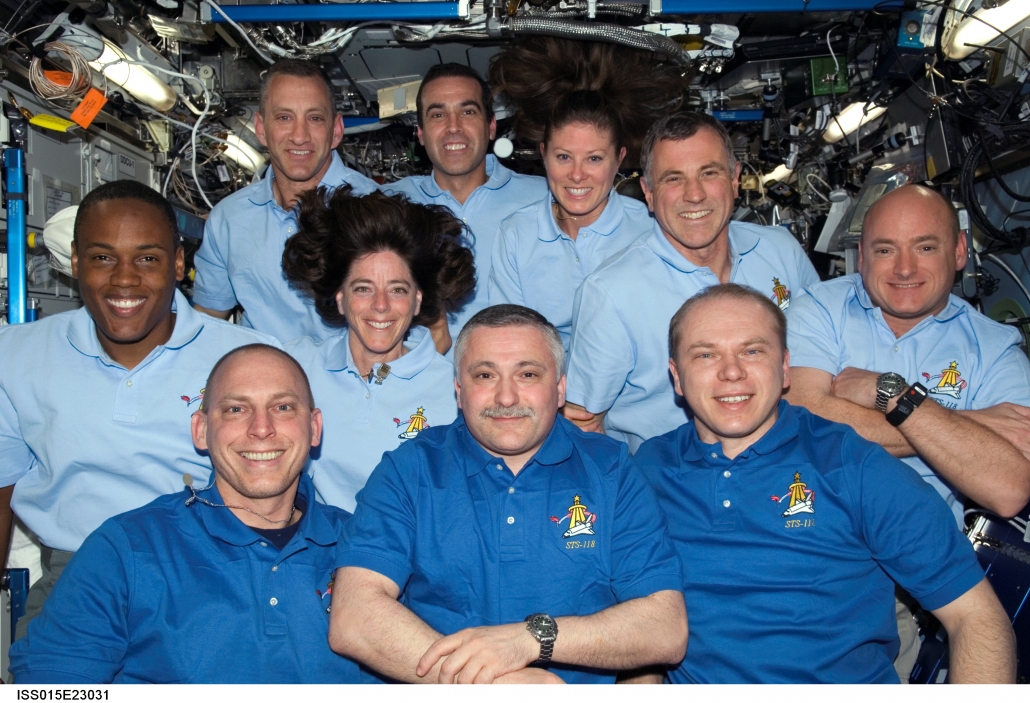 And then there’s the environment. “We’re all in this together,” she notes. “Human space missions and satellites give us tools to make sure we have a thriving planet to live on – not just for all people but for all the plants and animals.“

The thin blue line and the blackness of space. Photo courtesy of NASA.