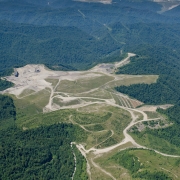 SkyTruth data shows that area of actively mined land in the region continues to decline. But is it recovering?

As 2020 comes to a close, SkyTruth is releasing our annual update to our Central Appalachian Surface Mining dataset. It now provides detailed information about the extent of mining operations from 1985 through 2019. The new data shows that trends we identified last year continue: namely, new areas have been cleared for mining, yet the total amount of land in the region being mined is declining. 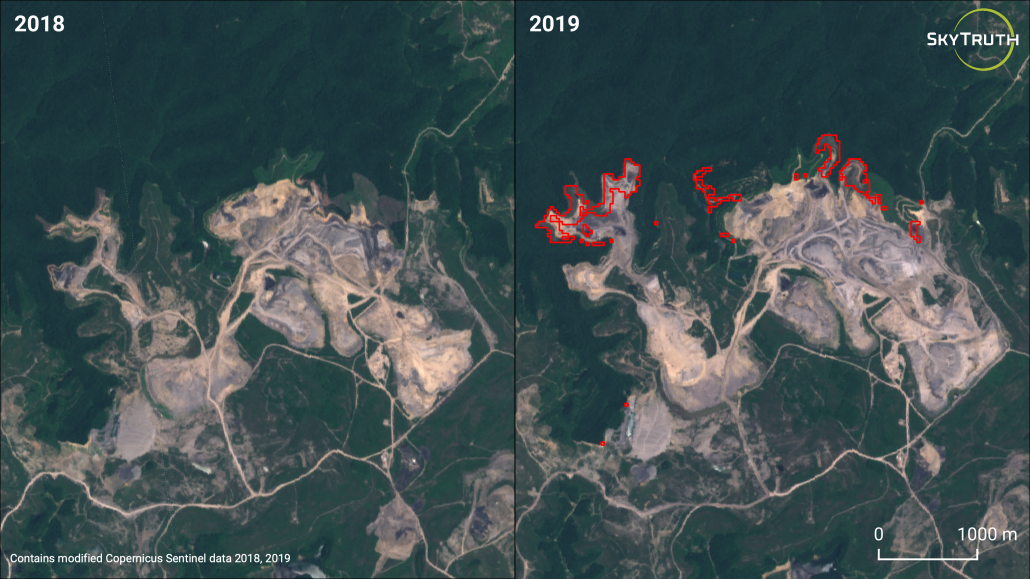 The decline in active mining mirrors the decline in coal production from surface mines in Central Appalachia from 2018 to 2019, as reported to the US Energy Information Administration (EIA). 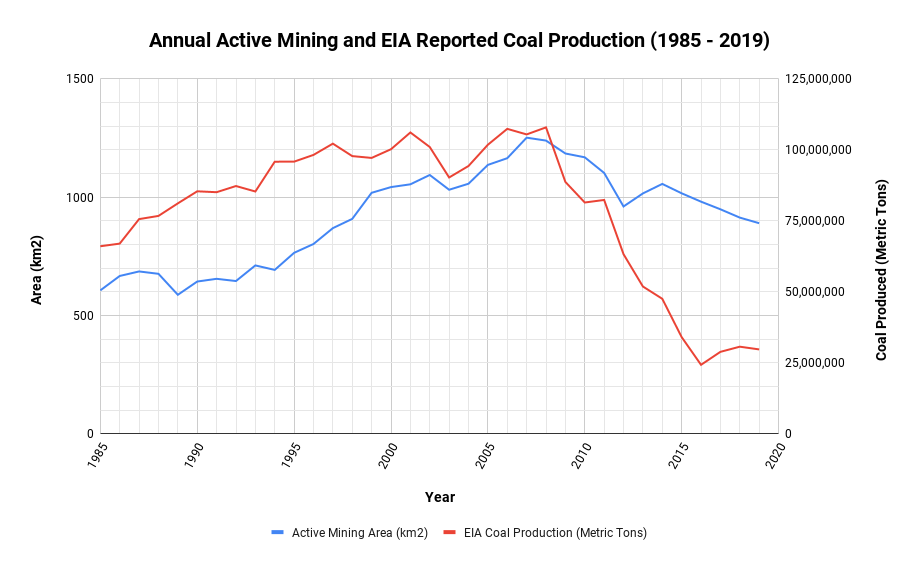 Active mine area (blue) and reported surface coal mine production in Central Appalachia (red) as provided by the US Energy Information Administration (EIA) from 1985 – 2019.

The amount of land disturbed to extract one metric ton of coal in 2019 remained the same as it was in 2018, about 30 square meters per metric ton. This is less than the high of 40 square meters per ton we documented in 2016, but continues to reflect the disturbance pattern we first noted in our 2018 paper published in PLOS One. That is, mining today disturbs three times more land per ton of coal produced than mining did in 1985. We are unable to determine the causes for the disturbance trends from satellite imagery. However, we speculate that the increase in area per ton compared to 1985 is a reflection that more easily accessible coal has been mined, and mine operators are now extracting deeper or thinner coal seams that are more disruptive – and expensive – to produce. The slight decrease in area disturbed per ton over the past three years could be a result of less productive surface mines shutting down, as the demand for Appalachian coal decreases. 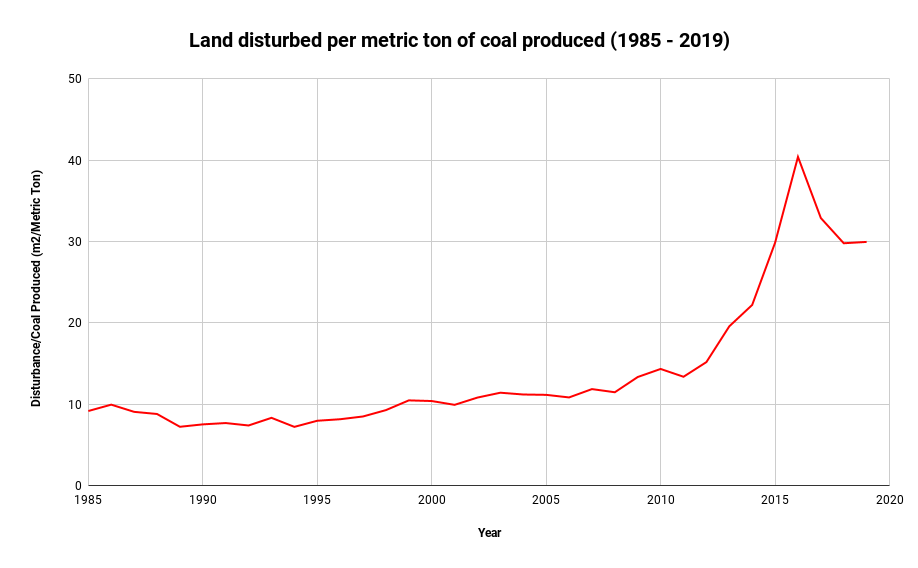 This year, SkyTruth partnered with the conservation group Appalachian Voices to design an approach that tracks recovery on former mines. Our work to address the legacy of mining on Appalachian landscapes operates by comparing the spectral signatures of mined lands to those of nearby forests. This allows us to track changes to mined lands over time and compare their health to that of unmined forests. You can learn more about our recovery work and why it’s important by watching the lightning round talk I gave at Google’s Geo for Good conference this year. We’re still fine tuning our analyses, but we plan to make the data publicly available by mid-2021.

Meaningful recovery matters, not only for safety and biodiversity protection but for fiscal reasons as well. As we discussed in our last mountaintop mining update, mining companies can recover bonds set aside for reclaiming the land if inspectors determine recovery is sufficient. But the processes for evaluating recovery vary from state-to-state and inspector-to-inspector and in situations where mined sites are inadequately reclaimed, states and local communities are left paying the price for any further restoration that may be needed. We hope to bring transparency to the process, allowing local communities and state officials to examine the degree to which the land truly recovers before bond funds return to mining companies.

What’s In the Water? An Analysis of Harmful Algal Blooms Using Remote Sen...