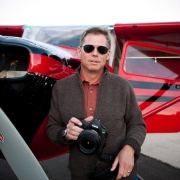 Chris Boyer loves to fly. He loves capturing what’s happening on the ground with compelling, and often beautiful, aerial photographs. And he loves SkyTruth Alerts.

“I eagerly await my Alerts, looking for things that I can go out and make photographs of that will change how people perceive landscape management and natural resource management,” he says. Alerts notifies subscribers of environmental incidents in the areas they care about, particularly incidents related to oil and gas development.

Chris owns and operates Kestrel Aerial Services based in Bozeman, Montana. (He’s also a volunteer for LightHawk, a nonprofit that illuminates environmental impacts from the sky with its fleet of volunteer pilots.) His clients range from conservation groups surveying wildlife (he can count individual trumpeter swans, their young, and even eggs from photos he takes from his modified1957 Cessna 172), to government agencies restoring river channels, to archaeologists recovering ancient tools. For example, one of his ongoing projects is photographing ice patches in national parks and wilderness areas for the Institute of Alpine and Arctic Research at the University of Colorado. According to Chris, there are 300 ice patches in the Greater Yellowstone Ecosystem. He flies over these remote locations to document if the patches have decreased due to climate change. This allows researchers to explore whether archaeological materials that have been preserved in ice for millennia are now exposed.

“My business is based on the fact that aerial is so informative – we need to see what the site feels like in context,” he says. “My favorite projects have an aesthetic, qualitative perspective as well as data.” In fact, some of his images are so attractive, art galleries have showcased his work.

But Chris says he’s all about getting people to see things from the sky; particularly the tragedies that people don’t want you to see. “So many spills, pipeline breaks and permit violations are happening,” he notes. “I’m passionate that if you can see something it becomes more than a statistic.”

To that end, Chris subscribes to Alerts to see what’s happening in the regions of central Idaho to the Dakotas and Wyoming. If Alerts flags a serious concern and Chris is close to that location for his work, he will fly overhead and take images to document more clearly what’s happening on the ground.

For instance, a few years ago an Alert flagged a massive produced water spill from a drilling operation that flowed into a creek. Produced water is polluted water that results from oil and gas drilling. Chris was in the area anyway flying over a pipeline break on the Yellowstone River for the Montana Department of Justice. He saw news of the spill and took some photos. Then he gave the photos to the conservation group Dakota Resources Council so they could publicize the event on their website.

Earlier this year, he learned about an oil spill near the town of Roundup, Montana from Alerts. A frozen valve released oil into a nearby stock pond. He happened to be flying within 50 miles of the site so he flew over and took photos. 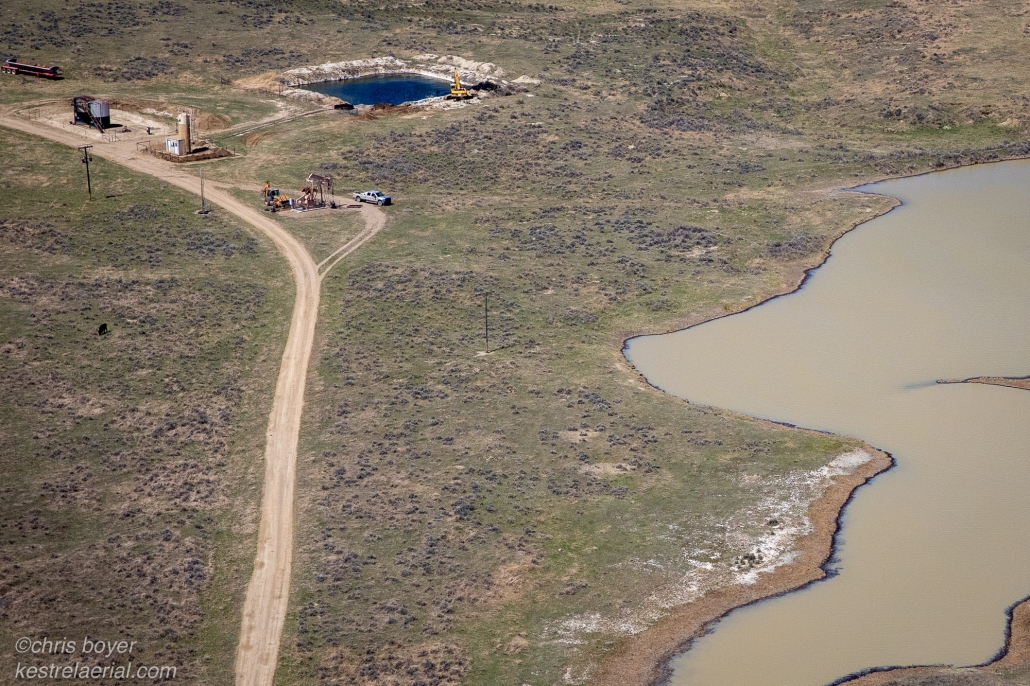 Chris’ passion for flying and viewing the landscape from above developed years ago during his time as a graduate student at Oregon State University when he discovered he could attend flight school at the university. He was working towards his master’s degree in fluvial geomorphology (which is the study of rivers, their transport processes, and how they shape the landscape). He was struggling with the mathematics required to understand these processes. When he got his pilot’s license and took to the air, he could see river dynamics for himself and how the context was so important. He started photographing his own projects.

Now he says that, ideally, he would like to be a little bit of an ambulance chaser (as he puts it) and photograph everything he finds on Alerts. Unfortunately, Chris has to limit his aerial activities to places where he is funded to fly.  “I don’t have the budget to fly to every Alert location I see, but with the right combination of proximity, intensity of the issue, and budget, I will definitely try to visit particularly important sites—the more compelling the issue, the farther I will fly to shoot it.”

At SkyTruth, we’ve promised Chris that, when he does take photos triggered by our Alerts, we’ll share them on social media so that others can see what’s happening on the ground as well — the tragedies, pipeline breaks, spills, and other events that some people don’t want you to see – and provide that crucial context for what these events mean to the beautiful Rocky Mountain landscape surrounding them. 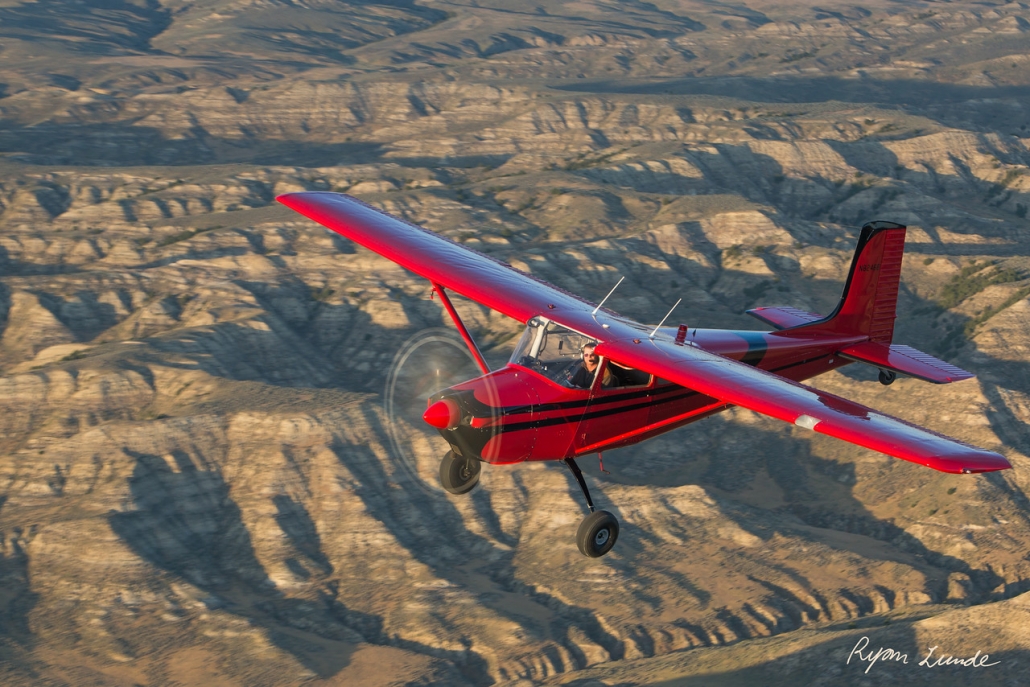 Chris Boyer flying in his Cessna. Photo by © Ryan Lunde.

The Latest Data on Mountaintop Mining in Central Appalachia

2020: A Challenging Year in Review
Scroll to top