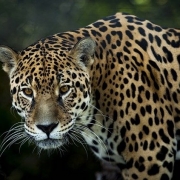 Illegal mining is devastating parts of the Amazon rainforest. SkyTruth is figuring out how to detect new mining threats and alert conservationists on the ground.

The Amazon rainforest is one of the most biologically diverse places on Earth; a breathtaking riot of life that evolved over eons, encompassing the Amazon River and its vast system of tributaries. Those rivers hold more species of fish than any other river system in the world.  The surrounding forests are home to 25% of the world’s terrestrial species. Many are found only in the Amazon region, and some are endangered, while others undoubtedly remain unknown. Besides their intrinsic value as unique species, rainforest flora and fauna represent a barely tapped reservoir of genes, chemicals, and more that could benefit humankind.  Already, more than 25% of medicines used today trace their roots back to Amazonian species, including quinine and many cancer drugs. How many more remain hidden?

And then there’s the forest’s role in regulating climate: those 1.4 billion acres of trees covering 40% of South America hold a tremendous amount of carbon. If released, that carbon will accelerate climate change and the disruptions we already are seeing on Earth, including rising temperatures, melting glaciers, stronger storms, longer droughts, and more frequent flooding. 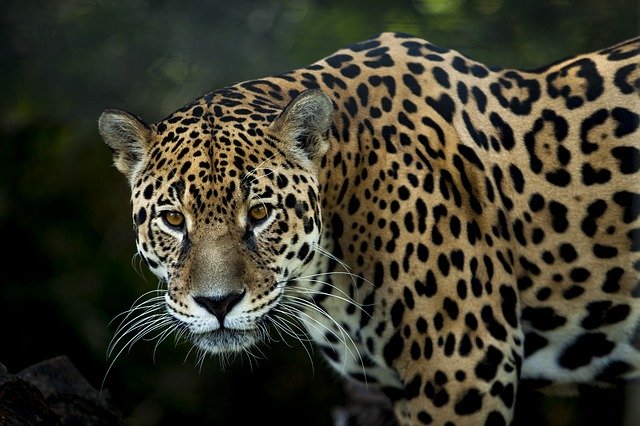 Photo: Jaguar by Nickbar from Pixabay.

Tragically, this carbon is in fact being released. For decades, there has been widespread concern about deforestation in the Amazon as logging, mining, agriculture, and human infrastructure penetrate forest boundaries and slash holes in otherwise intact habitat. Today, ever more remote regions are affected, including lands held by Indigenous people who depend on the plants and animals of the forest to survive.  As forest life disappears, so too will ancient cultures that have lived sustainably in the forest for centuries, victims of a global economy and expanding population that demands ever more resources.

Before this year, SkyTruth’s work hadn’t focused on the world’s rainforests. Yet the fact that they are remote, dense, and threatened makes them perfect targets for exploring environmental damage from space, and our new partnership with Wildlife Conservation Society (WCS) has pushed SkyTruth to expand its reach in applying its tools to new parts of the world, including the Amazon.

One growing problem in particular has caught our attention: small-scale, artisanal mining for gold in Peru and Brazil along tributaries of the Amazon such as the Inambari River. These aren’t the huge gold mines of the Northern Hemisphere, but rather individual miners or groups of miners who work along the edges of rivers, dredging their banks and beds with toxic mercury to separate out small flecks of gold. In the process, miners cut down trees and destroy riverside habitat with their dredges, pits, and sluices. Their mercury poisons the water, fish, birds, and people who rely on these rivers. Although it’s called “small-scale,” the actions of an estimated 40,000 miners add up: as of 2018 such mining had destroyed 170,000 acres of virgin forest in southeast Peru alone. It’s illegal there, and in other protected areas throughout the region, yet it often occurs unchecked. Government agencies in the region, and our partners at WCS and other NGOs, have struggled with identifying new mining activity in such remote regions; if they don’t know where mining is occurring, they can’t take action to stop it.

Radar satellite imagery from the European Space Agency’s Sentinel-1 satellite can help. This radar penetrates the rainforest’s frequent cloud cover and reveals activities on the ground underneath. Using this imagery, SkyTruth has begun developing an open mapping platform to identify areas on the ground that have been deforested because of mining, and illustrate trends over time to reveal new mining activity. While radar imagery is able to see through clouds, it lacks the spectral data provided by optical (color-infrared) satellite sensors. To compensate for this, our model includes a processing step that cleans and enhances each image. Then, the images are analyzed using a random forest classifier that we’ve trained to identify land cover types, including mining.

You can see the output of our model in Figure 1 for the Madre de Dios region in southern Peru. Areas in red are classified as likely mines, while areas in yellow correspond to cleared forest, those in green are intact forest, and those in blue are water.

So far, we’ve successfully detected recent mining operations in the Madre de Dios region (as well as in the lands of the Munduruku tribe in Brazil, shown in Figure 2) The Munduruku have been struggling for years to demarcate their sovereign lands to protect their indigenous culture and stop continued encroachment from mining. 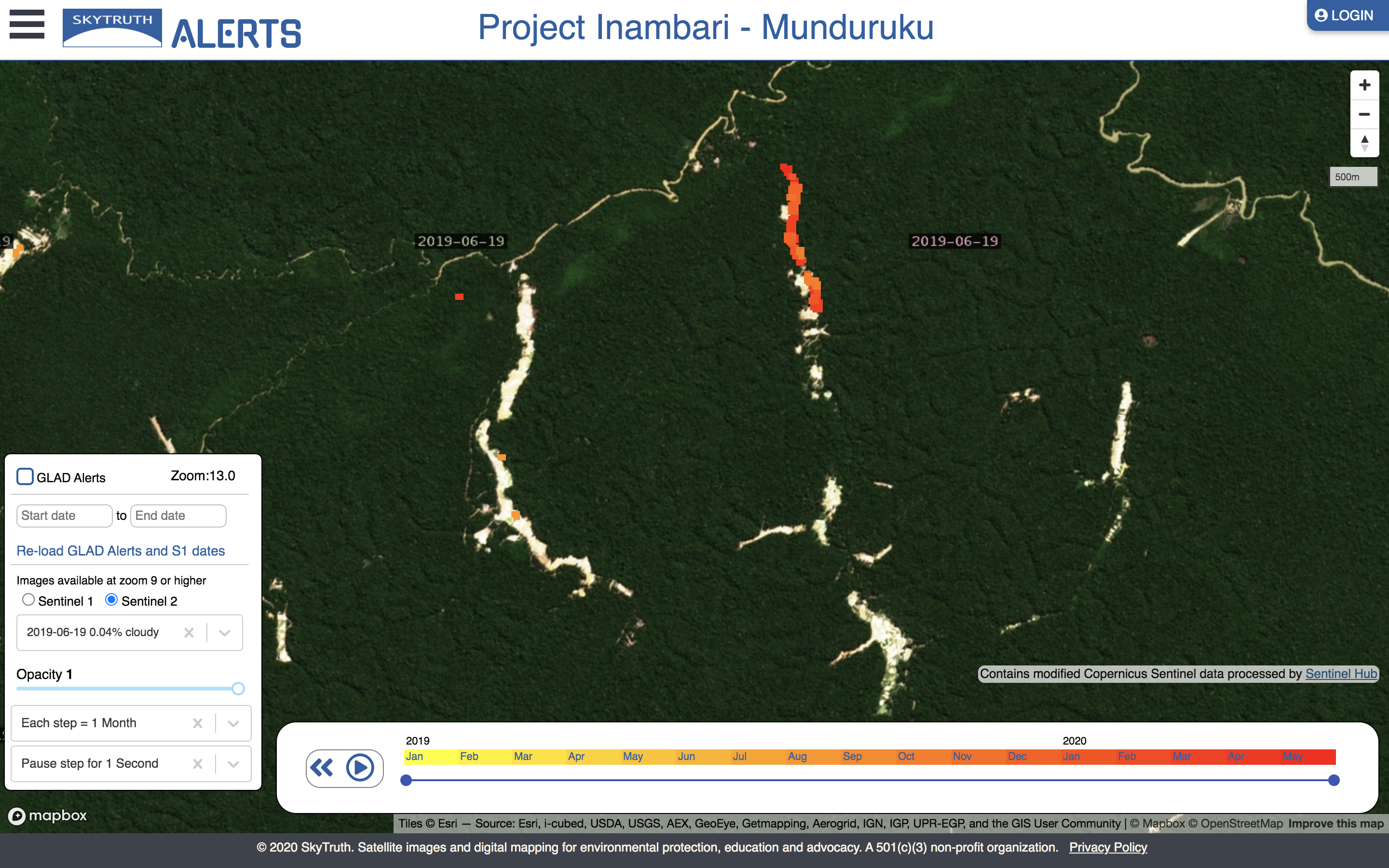 This past week, SkyTruth submitted its pitch highlighting this progress as a semi-finalist in the Artisanal Mining Challenge, a competition sponsored by Conservation X Labs to address the adverse impacts of artisanal mining around the world. We made the first cut this spring (from 90 applicants down to 26), and are hopeful that our proposed Project Inambari will be promoted by the judges through this next round of the competition, and we’ll become one of 10 finalists. That would put us in position to be chosen as one of the winners, and to receive significant funding to scale-up this vitally important initiative. We’ll keep you posted.

On Considering The Larger World Around Us: The SkyTruth Intern Experience
Scroll to top