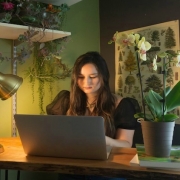 SkyTruth seemed like a great fit. I had always been interested in data, the inductive route, experiencing things firsthand and then exploring my assumptions. I was compelled by computation as well as the natural world. Being active in environmental protection was important to me and I had always been drawn to vocations with a larger purpose; that allowed me to be visionary and have big dreams. Growing up on the tail end of the Millennial generation, I had experienced an explosion of technology, becoming what some have coined a “screenager.” Not only that, but I had grown up in the climate change generation. In recent decades we’d seen an increase in extreme weather events, environmental atrocities, and lost species. But notably, my generation also has been active in movements that strive to address these problems such as eating less meat, using alternative energy, and living more sustainably. Even at a time of climate conspiracies and fake news, several million people globally participated in the largest climate protest in history in 2019. That’s not to say I believe all that I hear. However, over time and by paying attention to environmental events occurring all over the world, I find the evidence overwhelming: the Earth is changing, and more and more people are bearing witness to it.

When I started as an intern at SkyTruth I was asked what issues I cared about to help me decide what to work on. My reaction was: everything of course! How can you ask such a thing? To a certain extent, my options were already defined: most of the SkyTruth staff were using satellite imagery, and despite the other issues we were working on, at some point we were all looking at the ocean — the eerie, non-terrestrial world — often in search of pollution, such as oil.  My work quickly became focused on searching for streaks of oil in the middle of vast oceans. Oil can appear on radar satellite imagery as a uniform dark and linear formation, called a slick. Many of these slicks come from cargo vessels and tankers that dump their untreated oily waste from the bottom of their ship (the bilge) into the ocean, an act called bilge dumping. Our team has been developing a solution that expands the capacity of SkyTruth to automate the detection of these slicks by using machine learning, a type of artificial intelligence. In a matter of months, I helped turn an empty spreadsheet into a collection of over 330 images of oil slicks — training data that we could use to “teach” computers to recognize the slicks in our prototype of a monitoring platform named Cerulean. Wow — intelligent and creative minds at work, which will soon enable anyone globally to monitor the sea to detect oil slicks with SkyTruth!

Ocean monitoring thus became a routine event for me, and naturally I started to notice some patterns. I learned the locations of energy infrastructure as well as the largest shipping routes and ports, and this meant I also realized when the environment changed. For example, we found oil appearing in regular areas at sea all over the world. On a weekly basis, we discovered  obvious oil slicks where the normally smooth grey (on a radar image) ocean was instead splattered with black streaks. I also tracked  some of the vessels I believed were responsible for the oily waste and they shared something in common: many were registered under flags different from their country of ownership. I wanted to know more. Why were ships dumping in the same places — what was it about those areas that was attracting them? Did those vessels have something in common? Who was responsible for making the choice to dump pollution — the crew, the vessel operator, or the vessel company? This was the catalyst for my largest project at SkyTruth, a multi-month pursuit to understand the scale, impact, intentions, and potential solutions of the dumping of this untreated oily waste. 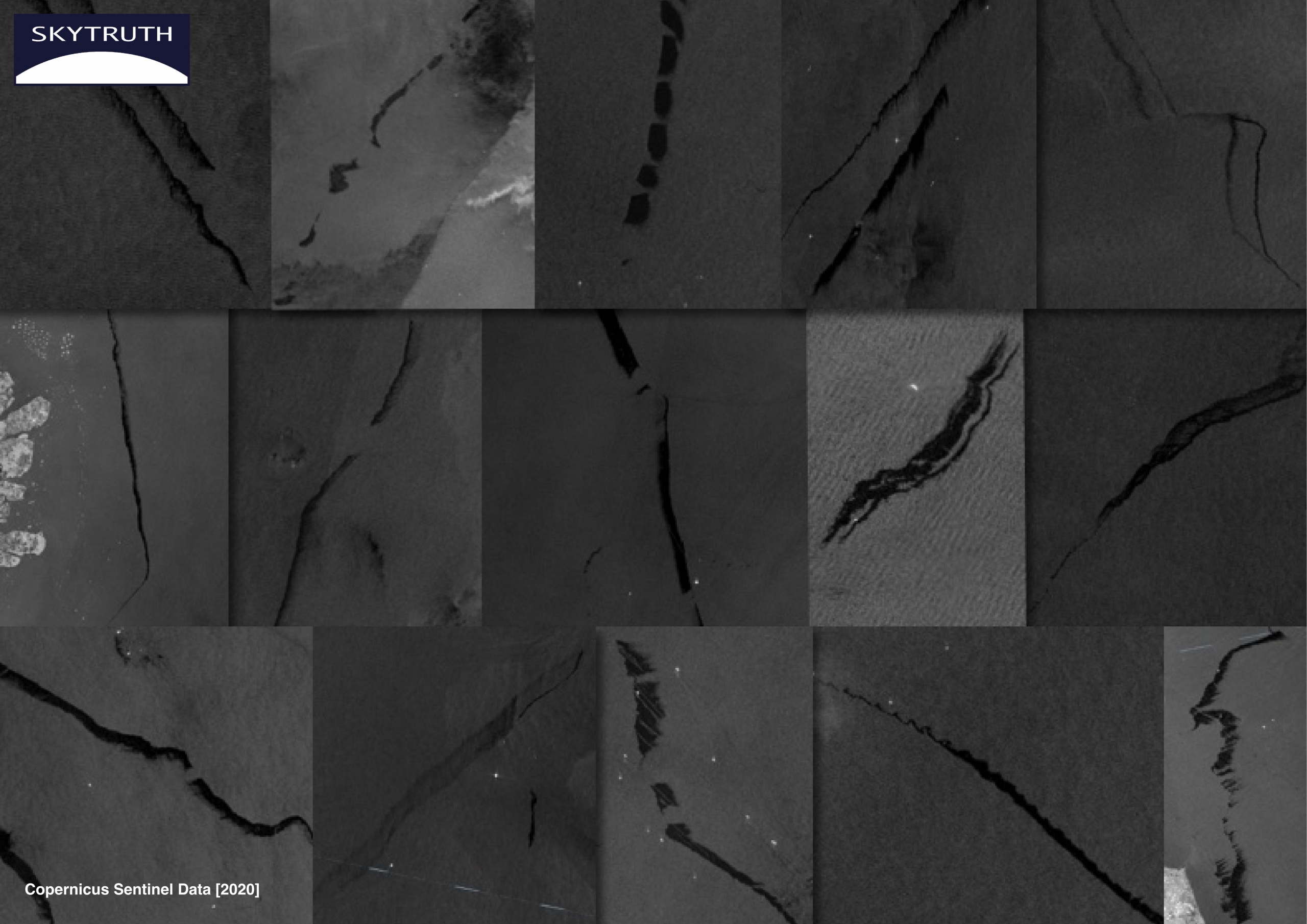 Bilge dumping isn’t the first environmental issue that people think of when they think of protecting the Earth. In fact, when I started at SkyTruth I had only ever heard of accidental, large scale oil spills, such as the 2010 BP spill in the Gulf of Mexico, and was unaware that smaller, more frequent and intentional acts of pollution occur. Additionally, there is little information about bilge dumping  online. One of the last large-scale reports, published by the National Academies Press, was released in 2003. My quest to know more had to be thorough. I had to read prolifically and search widely in order to piece together the true scale and impact of this issue.

What did I find? I learned how vast the world’s ocean is (encompassing various oceans, composed of bodies of water such as seas and straits) and how little the ocean is regulated (legal authority depends on nearby countries). Promising international treaties don’t necessarily lead to legislation that allows for enforcement or meaningful measures to prosecute polluters. Vessels’ operators should know that polluting the oceans is wrong, but have little incentive to protect marine waters, especially when penalties are rare. I learned that some vessel operators choose to pollute the ocean — to harm coastal birds, dolphins, and coral reefs, to adversely impact human health, to harm the livelihoods of coastal businesses, and to leave beaches stained and tarred — all just to save money.

But my research didn’t just uncover bad news. A lot of stakeholders are interested in initiatives supporting more sustainable seas. Not only citizen activists, non-profits, and coastal communities, but investors and technology providers.  Several indexes score vessels on how well they manage waste and emissions, and some international sustainable shipping partnerships have pledged to support and invest in cleaner ships. Additionally, support systems for whistleblowers allow them to share their stories in confidence, so that authorities can punish the operators of vessels that  are polluting at sea with large fines and probations. And groups like SkyTruth are out there fighting for a cleaner world.  You can access my findings in my series of blog posts here. 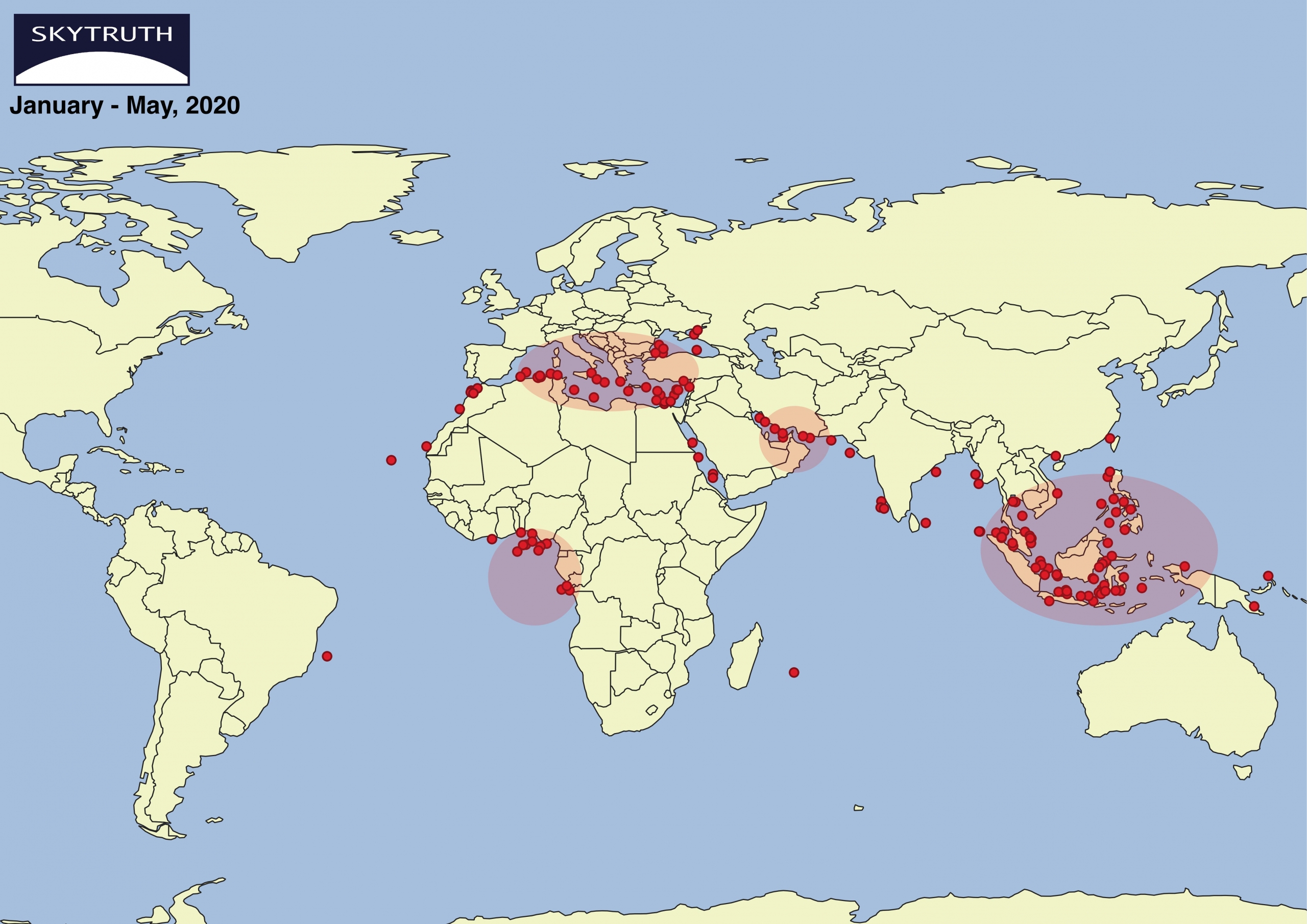 In general, my time at SkyTruth taught me how to use powerful technology to solve complex issues and how to use data to tell stories. I was encouraged to ask as many questions as I answered, to differentiate between what was certain or just an assumption, to be fair in my reporting (using words such as “likely” or “suspected” instead of assuming blame) and to seek evidence-based truths. I was included on esoteric programming projects that I couldn’t quite understand and was pushed to grow from those challenges; I learned faster this way. I was given the autonomy to do my own investigative research, and was provided  a platform to report on — an overwhelming transition from positions I had previously held. The SkyTruth team had confidence in me, and valued my feedback. I will take my experiences from SkyTruth out into my next venture with the same enthusiasm to do work with an important mission.

When I started writing my  series on global bilge dumping I was inspired by a quote SkyTruth’s Writer-Editor Amy Mathews introduced to me: “Don’t just share your data, share your awe,” which she attributed to former National Public Radio correspondent Christopher Joyce. True fulfillment comes from making a difference and being motivated by what matters most to us. Nonprofit organizations like SkyTruth have the ability to engage in both local and exotic pursuits, to consider personal stories, and tackle the challenges of society for reasons beyond mere profit. They think big — really big — and look into the future; this is awe-inspiring work. They pursue concerns we may not know we have, matters that elude us in our day-to-day lives, but that have true impact. Working for a cause you care about is fulfilling. You never have to doubt the importance of your work. It was humbling to be a changemaker in the weekday hours.

As I wrap up my ten months at SkyTruth, every day I still feel a profound sense of how small I am. SkyTruth, through the constant engagement with global imagery, made me recognize the interconnectedness of the world and amplified the numerous opportunities to advocate for change. I’ve learned that the more informed you are, the more you can make good decisions about your life and future. I’ve learned to seek a deeper understanding of issues beyond what appears on the surface. And I’ve learned to question everything, observe the environment, appreciate it, and protect it. 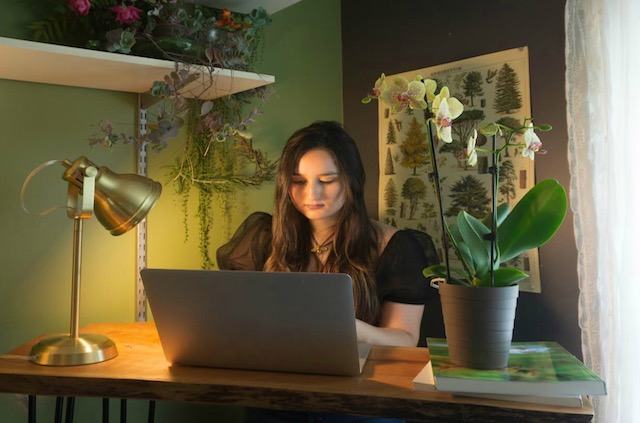 Brendan Jarrell: Mentor for SkyTruth Interns and So Much More
Scroll to top