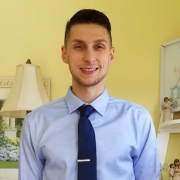 Being a SkyTruth intern was intimidating at first, but Brendan found support and outstanding opportunities to grow at SkyTruth. Now he helps others find their way.

Brendan Jarrell sounds a bit like a proud papa when he talks about SkyTruth interns. As we chat about how he came to SkyTruth, he says things like, “Tatianna has been excelling in her role,” and “Matthew is asking all the right questions.”  Brendan coordinates SkyTruth’s intern program, but once upon a time he was an intern himself. Now he’s on staff as a geospatial analyst, examining environmental impacts from space such as harmful algal blooms, hydraulic fracturing (fracking) and bilge dumping. He’s also serving as a mentor to new interns as they take their first, sometimes tentative, steps into their professional life.

So how did Brendan find his way to SkyTruth? As he puts it, “I’m insanely local.” Normally, Brendan works at SkyTruth’s Shepherdstown, West Virginia headquarters (but like all SkyTruth staff he’s working remotely during the COVID pandemic). He graduated from the county high school and attended college at Shepherd University just blocks from the SkyTruth office. There, he took a Geographic Information Systems course his junior year as part of his Environmental Engineering major – “just to get my feet wet,” he says. His professor suggested he check out SkyTruth for an internship or for work. “I was vaguely familiar with SkyTruth,” he says because he lived in Shepherdstown, and because he knew SkyTruth Office Administrator Teri Biebel’s daughter. But he brushed this possibility aside at first because he didn’t have enough confidence in his abilities.

Later, at the end of his senior year, he decided he needed some hands-on job experience before graduating. By then, he had taken several remote sensing classes and was more comfortable with the technology. He realized that a SkyTruth internship was low-hanging fruit; an opportunity right in his backyard. With new confidence and real life looming beyond graduation, Brendan took the leap and applied for an internship. 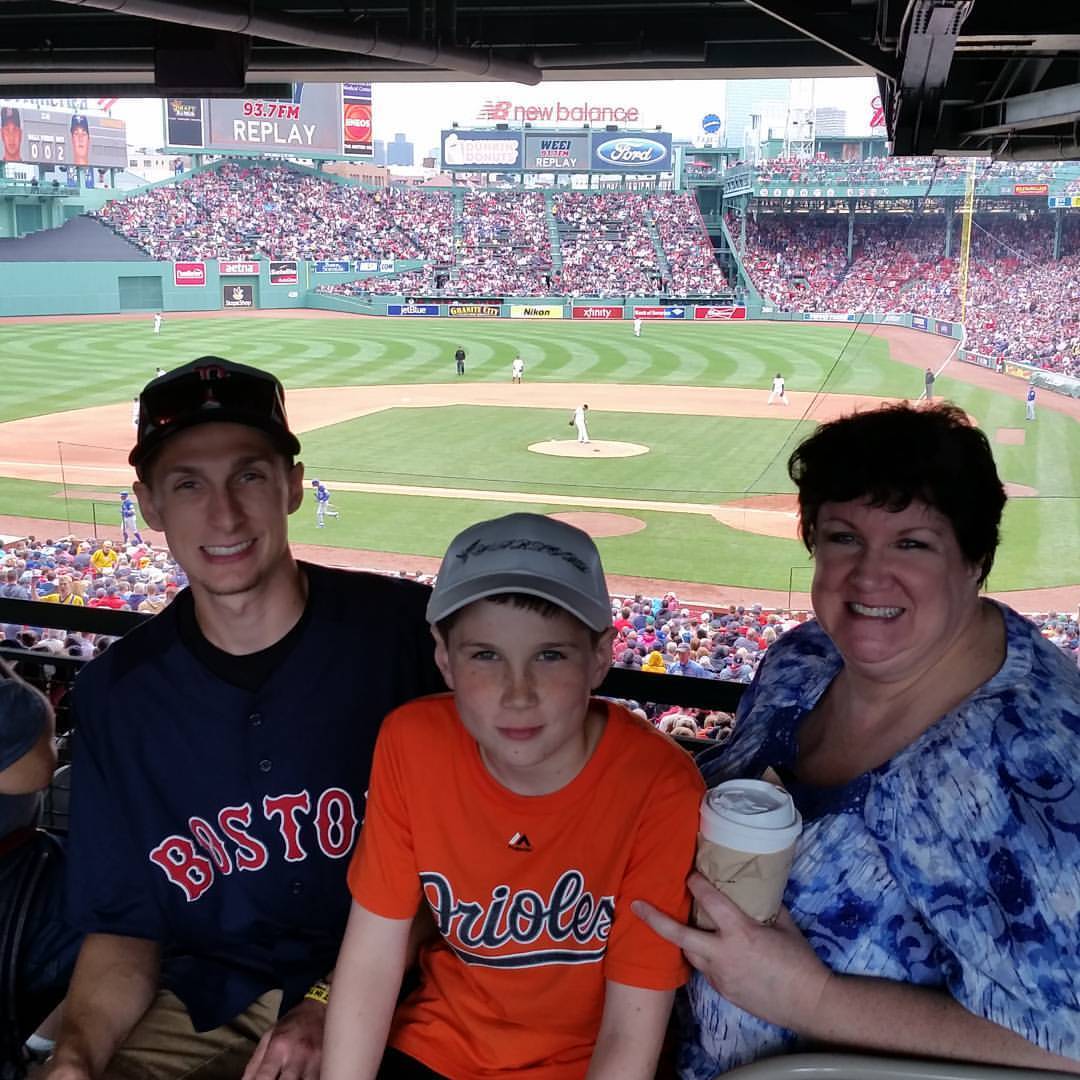 Brendan, his brother, Keegan, and mother, Monique, at a Red Sox game. Photo by anonymous.

He describes his first few weeks at SkyTruth as “tumultuous, because other people are relying on you.” But SkyTruth’s Technical Program Director Ry Covington was extremely encouraging.  “Ry is calm and mellow all the time,” says Brendan. “He’s very positive about the work you are doing [first], before then telling you what to fix…he always has good advice… I really needed that – how am I doing? How am I doing?”

One of Brendan’s first projects was building an app that would allow policymakers and citizens in Allegheny County, Pennsylvania (surrounding Pittsburgh) to examine the impacts of fracking on buildings and communities, depending on how far gas wells were placed from human structures. It was a project that could affect decision making on drilling and directly impact people’s lives. He remembers Ry telling him, ”we’re going to make an app, and you can make it.”  Brendan’s face lights up with excitement just recalling the moment. At first he felt like a deer in the headlights, he says. At one point, working on the app, a problem was so confounding that he spent a week and a half working on it. Then, at 5:25 in the afternoon one day he figured it out. “I jumped out of my seat!” he says now.  He and his team developed the app, and months later, in May 2019,  (after he was hired to join SkyTruth as a staff member), he led a webinar demonstrating how to use the app that was attended by citizens and others concerned about fracking.

“You can do as much as you want with the internship,” Brendan says about being an intern at SkyTruth, “take it as far as you want to take it.” And Brendan decided that he wanted to take advantage of it as much as possible.

Although he changed majors several times in college, Brendan always had a passion for environmental protection. He considers it a calling; he felt a spiritual desire to do something that would make a difference for the planet.  “There is so much that is wrong,” he notes.

Now he enjoys being a mentor to interns. “I know what it’s like to be an intern” he says, and understands how it can feel overwhelming at first.

Brendan is somewhat of a mentor to his brother as well, who is nine years younger than him. They both enjoy sports, and Brendan often takes his brother to sporting events. In fact, his brother helped Brendan connect with his significant other, Amy Emert. Brendan and Amy met playing Ultimate Frisbee, but they only really connected when his brother invited Amy over to play video games. 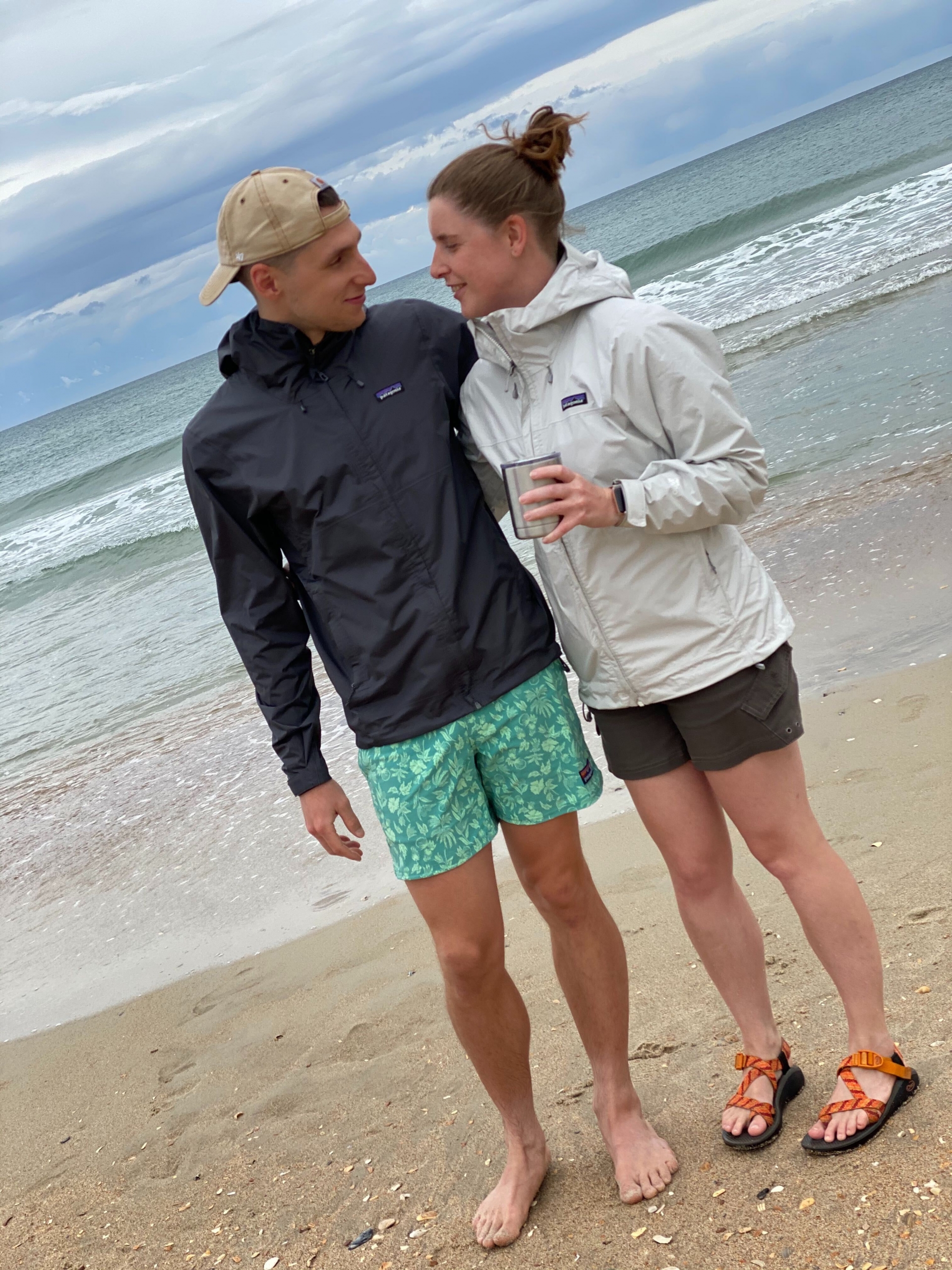 As we wrap up our conversation, Brendan concludes, “we’ve had some awesome interns over the long term.” For example, he points to the media coverage that Lucy Meyer received for discovering bilge dumping in the ocean. And even during the current pandemic, SkyTruth interns have made major contributions and learned new skills from afar.  SkyTruth plans on continuing that tradition this fall, even as the pandemic continues. If you’re interested in a SkyTruth internship, click here to learn more.

“It’s a part of the future of SkyTruth that I can mold,” says Brendan.  “It’s awesome and it’s gratifying to see people grow.”

On Considering The Larger World Around Us: The SkyTruth Intern Experience

SkyTruth Visualization and App of Drilling Near Chaco Canyon Available to Activists...
Scroll to top