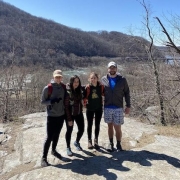 Before her internship, Alice felt burnt out at school. After applying new skills and technologies to environmental projects at SkyTruth, she’s looking forward to her remaining classes and a fulfilling career.

As I wrap up my four-month internship at SkyTruth, I would like to share some highlights and takeaways from my experience. During my internship I explored the field of geospatial technology for the first time, which allowed me to learn new skills and gave me insight into my career goals. I learned about global environmental issues that I hadn’t known existed. And I got to work with a kind, dedicated, creative group of people. I contributed to SkyTruth’s mountaintop mining research and Project Inambari, which will create an early alert system for tropical forest mining. I also spent time identifying oil and gas well pads, collecting images of oil slicks, and creating annotated maps in QGIS, a geographic information system application that can be used to analyze and visualize geospatial data such as satellite imagery or a ship’s track across the ocean.

On just my first day of orientation at SkyTruth, the high level of support and guidance I received from the staff surprised me. My advisers Brendan Jarrell and Christian Thomas spent lots of time introducing me to concepts and technologies (like Google Earth Engine and QGIS) that I would use in my work. One of the first skills I learned was recognizing oil slicks on satellite imagery — most likely from vessels dumping oily bilge water at sea — and creating an annotated map to reveal the slicks to the public. Brendan patiently guided me through the steps to making a map twice. The team congratulated me when I found my first slick, even though I did not think it merited attention. This encouragement made me feel welcomed and excited about my work.

The search for oil slicks allowed me to virtually explore oceans and coastlines across the globe. With time, it revealed to me more than how to use geospatial technology, but how little geography I knew. I would toggle past a country or island and wonder what it was like there, realizing I did not even know its name. And so I started exploring a geography trivia website in my free time to teach myself the countries of the world. I am now learning capital cities in Europe, which I tend to forget.

After getting practice with Google Earth Engine — a tool for analyzing and mapping satellite imagery and change around the world —  during my first couple of weeks at SkyTruth, I became involved in some mining-related projects. In one project, I adapted code from SkyTruth’s mountaintop mining research to incorporate satellite imagery from the European Space Agency’s Sentinel-2 satellite. This imagery provides us additional data, which could improve our ability to detect surface mining throughout Central Appalachia. Working with the code in Earth Engine allowed me to better understand SkyTruth’s process for identifying mines. First, we produce a greenest pixel composite image from a collection of images. Making a composite in Earth Engine means combining multiple overlapping images to create a single image. Images can be combined in different ways; in this case, the greenest pixel composite selects pixels with the highest Normalized Difference Vegetation Index (NDVI) values compared with corresponding pixels in the image collection. NDVI is an indicator of plant health in a given area. To provide a more concrete example, suppose we want to make a greenest pixel composite from three images, all showing a part of West Virginia at different times of summer. Say we look at one pixel in one of the images, which covers a small square of forest. We then compare this pixel with the pixels covering the same bit of forest in the other two images, and we choose the greenest of the three (or, the pixel with the highest NDVI value). If we repeat this process for every pixel in the image, we get one image with all the greenest pixels selected from the collection.

A second script uses the greenest pixel composite to approximate the lowest NDVI value for each county, producing a threshold image. Again, say we have the greenest pixel composite of West Virginia that we just made. Now we look at forested areas within one county and find the pixels that are least green, or have the lowest NDVI values, and then take the average of these NDVI values. This is the threshold for that county; if a pixel is less green than the threshold, it is likely a mine. Our output image contains these values for every county. As a final step, we compare the greenest pixels with the NDVI thresholds to determine likely mine areas. 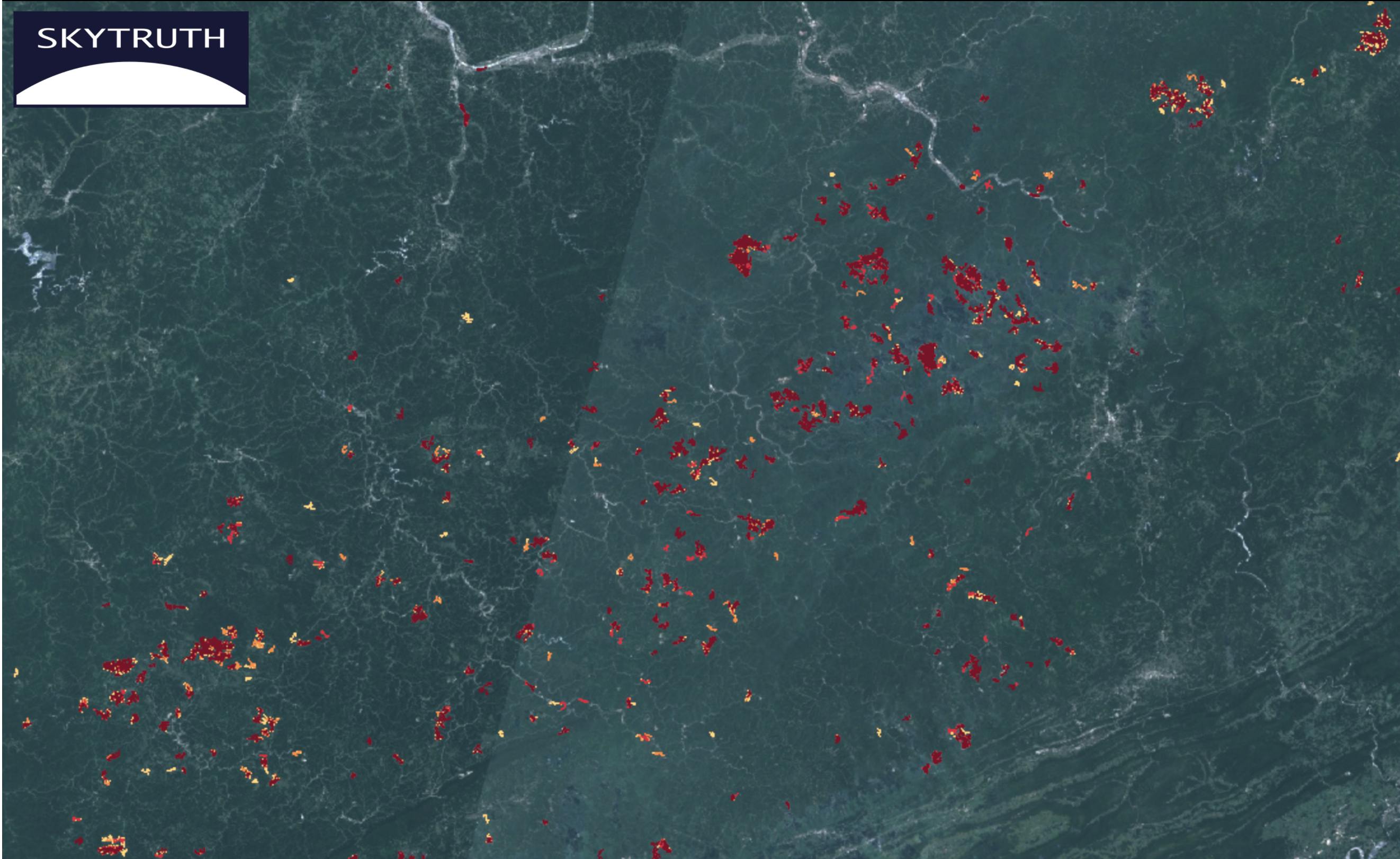 SkyTruth’s surface mining expert, Christian Thomas, also had me experiment with two different techniques for masking clouds in Sentinel-2 imagery. Clouds obstruct necessary data in images, so clearing them out improves analyses. The standard approach uses a built-in “cloud mask” band. The other approach is an adapted “FMasking” method. This takes advantage of the  arrangement of sensors on Sentinel-2 satellites, which creates a displacement effect in the imagery that is more pronounced for objects at altitude. The FMask uses this effect to distinguish low altitude clouds from human-made infrastructure on land. Though the two methods had similar results, the FMask seemed slightly more accurate.

Working on technical projects like this, I learned how much I enjoy using imagery and geospatial data. I had found analyzing data interesting in the past, but something about being able to visualize the information on a map was even more appealing. I loved how a satellite image could be reduced to numbers and assessed quantitatively, or understood visually, almost as a piece of art.

In another project, I had the opportunity to develop my writing skills by contributing to an  application for the Artisanal Mining Grand Challenge, a global competition to provide solutions for small-scale, low-tech, and/or informal mining. Researching artisanal gold mining was illuminating, as I knew almost nothing about the subject beforehand. I learned that illegal gold mining in Venezuela and Peru has often involved brutal violence and exploitation. In recent decades, labor and sex trafficking have plagued remote mining regions like Madre de Dios. Small-scale mining practices are also particularly damaging to the biodiverse Amazon ecosystem. To extract a small amount of gold, miners must dig up massive amounts of sediment, denuding the landscape in the process. The use of mercury in artisanal gold mining is incredibly detrimental to water quality and human health.

I was also able to be involved in the technical side of this project, building a tool to detect mines in the Peruvian Amazon. I created a mask that removes water from satellite images so that water areas could not be mistaken for mine areas or vice versa. Mines are often near water or can look like water in imagery. To make the mask, I used the European Commission’s Joint Research Centre global surface water dataset. This dataset contains information about where and when surface water occurred around the world over the past thirty years. In Google Earth Engine, the data is stored in an image with bands representing different measures of surface water. I used the “occurrence,” “seasonality,” and “recurrence” bands to create the mask. “Occurrence” refers to how often water was present at a location; “seasonality” means the number of months during which water was present; and “recurrence” is the frequency with which water returned from one year to the next. I tried to find a combination of band values that would do the best job getting rid of water without masking mines or forest. For example, using an occurrence value of twenty, (that is, masking pixels where water was present twenty percent or more of the time), ended up masking mine areas as well. Christian also suggested using a buffer, which meant that pixels adjacent to a masked pixel also got masked. Since the mask often did not capture all of the pixels in a body of water, the buffer filled in the gaps. Masked pixels dotting a river became a continuous thread. The buffer also helped eliminate river banks, which look similar to mines. We applied the finished water mask to the area of interest in Madre de Dios, Peru. 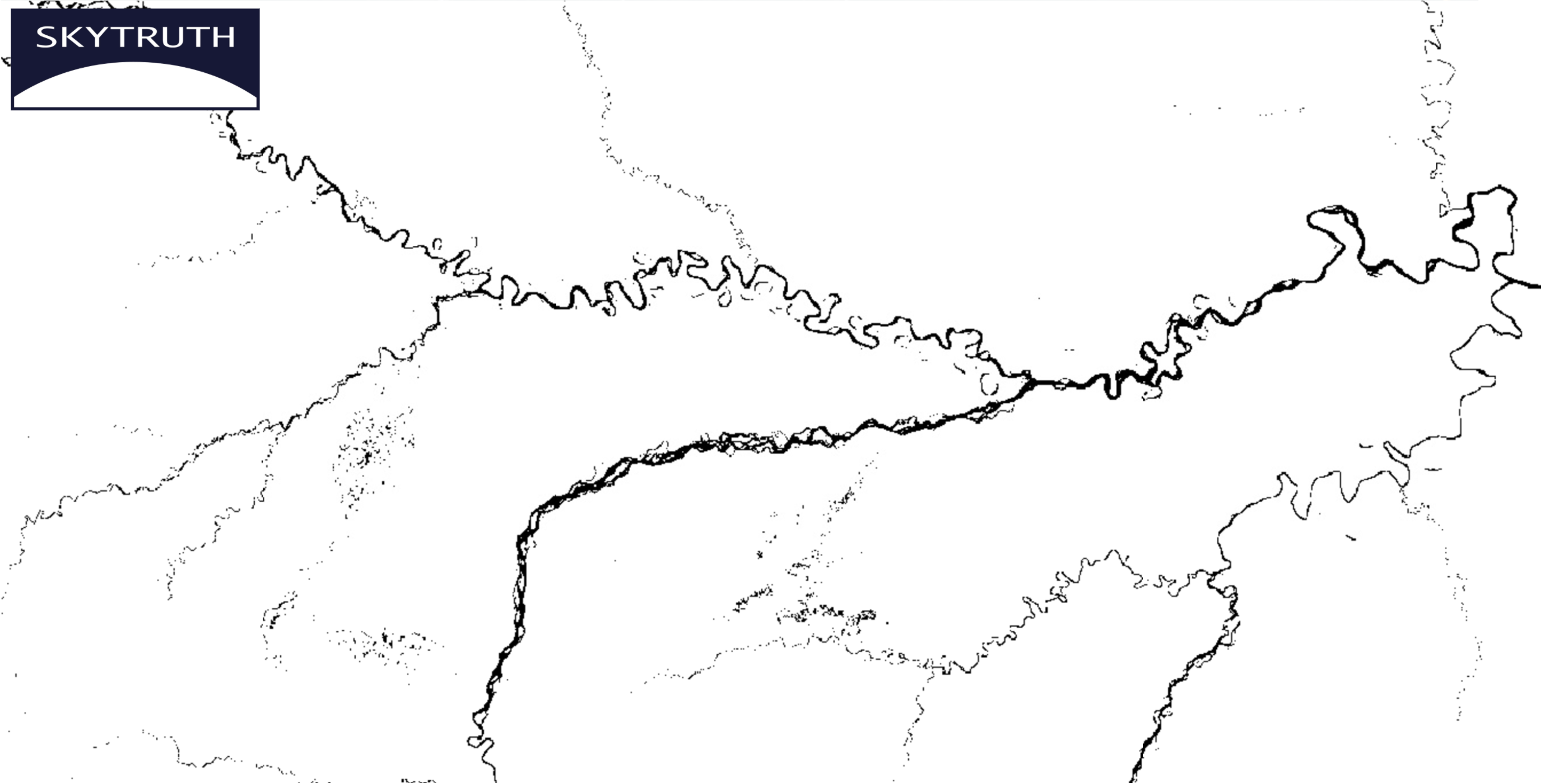 Figure 2: Water mask in the Madre de Dios region of Peru. White pixels have value 1, while black pixels (water) have value 0. When the mask is applied to a satellite image, all pixels in the black areas appear transparent and are not included in analyses. When identifying potential mines in the image, the masked areas are ignored.

Researching issues related to artisanal gold mining left me unsure of how countermeasures can fully promote the welfare of mine workers and others involved in the long term. The problem of illegal gold mining seems entrenched in broader economic and social issues and therefore cannot be addressed simply by identifying and eradicating mines. Nevertheless, understanding the great damage that this type of mining can do to humans and their environment made clear to me the importance of the project.

Not only did working at SkyTruth teach me a variety of technical and professional skills, it also helped reveal to me what I want to learn about and pursue in the future. In school last fall, I felt burnt out to the point that I just wanted to get through my remaining semesters and be done. Now I feel the excitement about academics I had as a freshman, motivated and informed by my experience at SkyTruth. With my interest in geology and climate issues renewed, I feel like there is barely enough time left to take all the classes I want to. I hope to improve on skills like writing and computer programming so that I can contribute my best work in the future. Being part of an amazing team has motivated me in that way. I also know that I would like to use the geospatial technologies and approaches I learned at SkyTruth moving forward. I feel excited about future career possibilities; before my internship, I felt confused.

I want to give a huge thank you to Bruce and Carolyn Thomas for hosting me in Shepherdstown. I want to thank Christian for introducing me to SkyTruth and for including me in his Dungeons and Dragons game! And I want to thank everyone on the SkyTruth team for their guidance and for being wonderful. 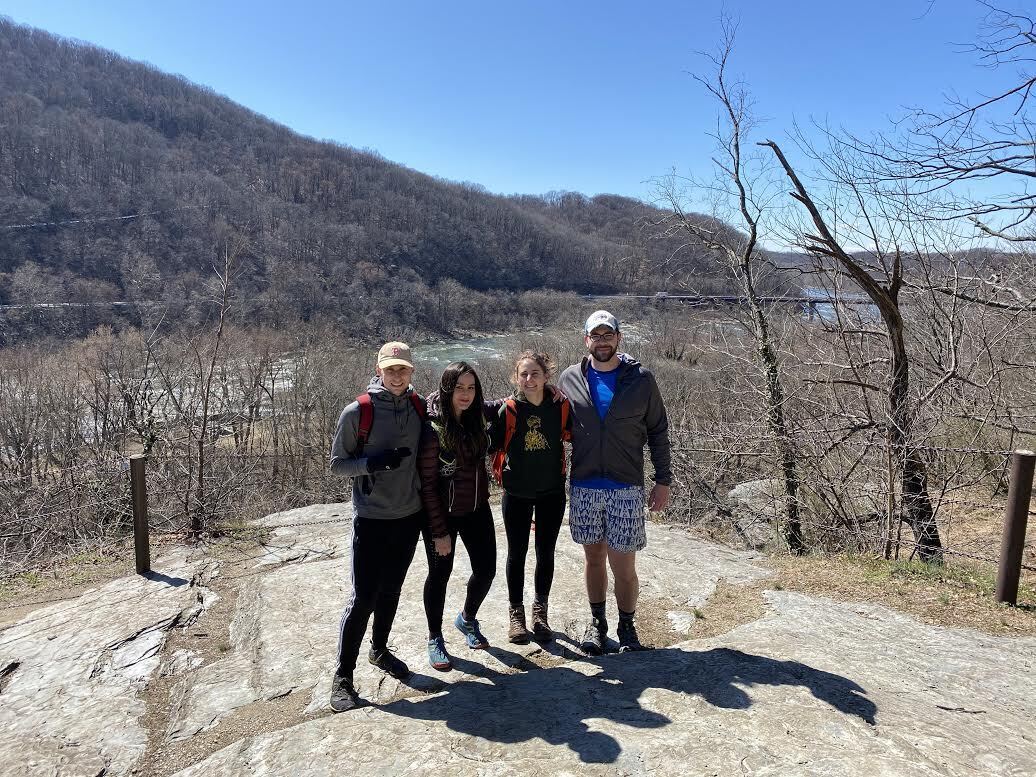 Protecting Biodiversity and Indigenous Lands from Space
Scroll to top