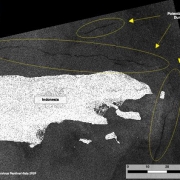 Southeast Asia appears to be a hotspot for bilge dumping.

SkyTruth continues to find frequent instances of apparent bilge dumping in the waters of Southeast Asia. Bilge dumping occurs when cargo vessels and tankers illegally discharge oily wastewater directly into the ocean. Vessel operators might do this to avoid the costs of treating their polluted wastewater, as required under international law (read more about that here).

On March 23, Sentinel-1 imagery captured three likely bilge slicks off the coast of Madura Island in Indonesia. The yellow circles in the image below highlight the length and variety of the slicks. In this image, two of the three bilge slicks reach a length of almost 90 kilometers (almost 56 miles). Multiple long bilge slicks in such close proximity to each other show an alarming trend for this region. 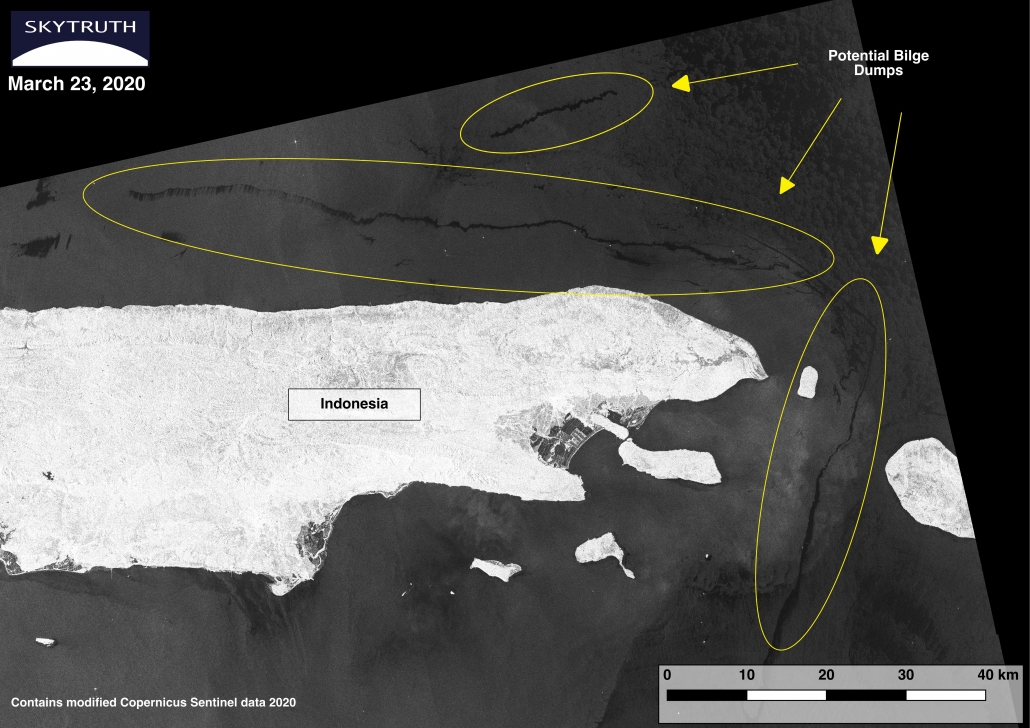 On March 15, Sentinel-1 imagery captured another potential bilge slick about 30 kilometers long off the coast of Malaysia in the Java Sea. Using Automatic Identification System (AIS) broadcasts from the vessel, SkyTruth identified the likely source of this slick as the Indonesian vessel known as the ARIN 8. 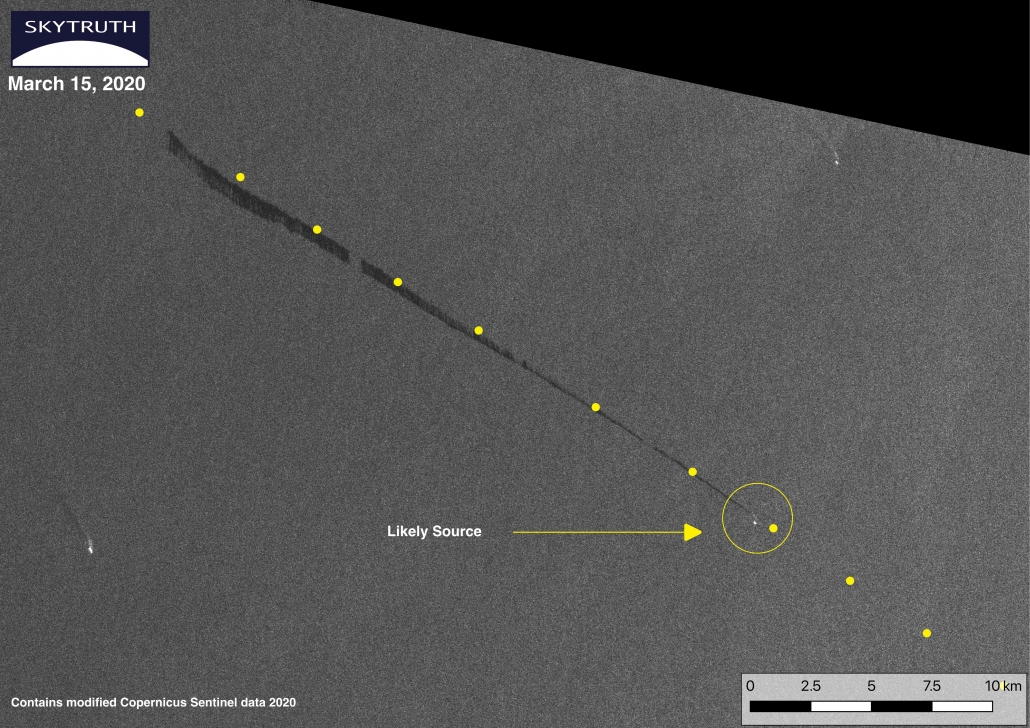 Image 2. A vessel spotted off the coast of Malaysia leaving a black trail in its path: an oily slick indicating a possible instance of bilge dumping.

SkyTruth frequently documented bilge slicks in Southeast Asian waters throughout 2019 suggesting that this region is a hotspot for dumping, and in 2020 we’ve spotted oily slicks indicating more than 25 potential bilge dumping incidents in the  region. These slicks ranged from 20 to 100 kilometers (12 to 62 miles) in length. SkyTruth will continue to monitor this high traffic area to help bring attention to the issues in this region.

Bilge Dumping at Sea: How can this be happening?