NASA Earth Observatory image modified by SkyTruth
Blog - Latest News
You are here: Home1 / Bilge Dumping2 / Bilge Dumping at Sea: How can this be happening? 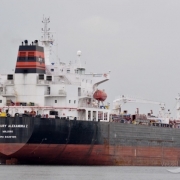 Despite large penalties for breaking the law, bilge dumping continues to occur. Infrequent prosecution, combined with incentives to dump oily waste instead of treating it, means some polluters take their chances.

This is the third entry in a multi-part series revealing the significance of bilge dumping globally. You can read parts one and two on SkyTruth’s blog.

Update 12/1/20: You can read the final post in this series on SkyTruth’s blog.

Today, 90 percent of international trade relies on global shipping. From commercial to passenger vessels the world’s global fleet exceeds 95,402 ships plus around 2.8 million fishing vessels. With all this ocean traffic occurring every day, SkyTruth has been monitoring the oceans for bilge dumping; the illegal discharge of oily wastewater at sea. In this post, we explore regulations governing bilge dumping and consider why this practice is so widespread, despite these regulations.

International regulations exist to ensure shipping practices are environmentally sound. The International Maritime Organization (IMO) is considered the global regulator of shipping; its regulations apply to 99% of the world’s merchant tonnage. Its convention —  the International Convention for the Prevention of Pollution from Ships (known more commonly as MARPOL) — has six annexes regulating several types of vessel pollution; everything from dangerous cargo, garbage, and noxious emissions, with one specific annex dedicated entirely to the treatment of oily waste mixtures, including oily bilge, and standards for operational or accidental discharges. Currently, vessels are allowed to return dirty water to the ocean, but are limited to discharge oil concentrations of no more than 15 parts per million (ppm), a limit that requires the use of machines called oil-water separators to reach. This is a strict requirement in the annex. Large vessels over 10,000 gross tonnage are required to install alarms and automatic stopping devices if the wastewater exceeds 15 ppm.  When vessels discharge untreated or insufficiently treated bilge, they circumvent this crucial step in the disposal process.

With options to properly treat oily wastewater, and costly deterrents for breaking the law, it can seem confounding that vessels continue to deliberately pollute the ocean. Penalties for breaking the law include criminal felonies such as obstruction of justice, fines up to $40 million, probation of the shipping company and its operating vessels, as well as prison sentences for those directly responsible. Fines can support environmental compliance programs as well as community service and remediation funds. Under the U.S. Act to Prevent Pollution from Ships (APPS) up to 50% of the value of these fines provide compensation for whistleblowers involved in the prosecution. When whistleblowers report wrongdoings they are risking their employment as well as potential retaliation such as abuse. Appropriate compensation is an important incentive for whistleblowers to continue to take these risks, especially since whistleblowers are responsible for a a large number of successful convictions. However, compensation can be uncertain since it depends on how useful a court deems the information whistleblowers provide. It is questionable whether incentives to whistleblowers are strong enough, especially considering many cases aren’t heard or fail to result in prosecution. In 2016, 23 corporations were convicted in the United States; however, Marine Defenders, an educational program to reduce oil pollution in U.S. coastal waters, predicts that 5,000-7,500 vessels discharge untreated bilge around the world annually.

Vessel operators are required to maintain an oil logbook that contains all cleaning and disposal events — whether intentional or accidental, legal or illegal. When accusations of bilge dumping appear in court, they often uncover false logbooks or inaccurate records of discharged pollutants at sea. This can reveal that the vessel is using bypass equipment or tampering with the oil-water separator to avoid appropriate treatment. Logbooks can be verified through vessel inspections, or sometimes with the help of whistleblowers. It is often these false logbooks that lead to large fines. Under the APPS, vessel owners face the largest fines. Additional fines and sentences can also be given to individuals directly responsible for the crime — usually the vessel operators or engineers. 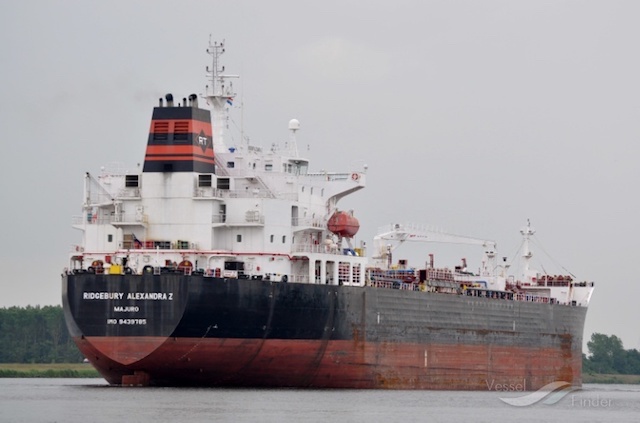 But some vessels might not see the value in complying with MARPOL requirements if the savings of simply dumping oily wastewater into the ocean outweigh the potential risks. It is costly for vessels to treat their wastewater and requires they either invest upfront in an on-board treatment system or they pay for treatment at a port facility. Both of these options can cost tens of thousands of dollars a year depending on the amount of travel and fuel used. Operators, officers, and engineers have all been found to bypass expensive treatment or avoid operating costs, allowing vessels to gain a competitive advantage. Officers can receive bonuses if environmental compliance budgets are maintained. Some players in the shipping industry have been reported to treat crew members poorly, and crew members can be threatened with job loss or lost wages if they fail to follow orders.

In some cases, vessels without oil-water separator equipment that need to empty their hull of oily waste might choose to avoid the extra travel needed to reach a port facility with the appropriate equipment, and instead dump the wastewater into the sea on route. However, there is no shortage of port reception facilities. IMO reports 3,253 facilities to treat oily bilge water in over 80 member states in its Global Integrated Shipping Information System (free public account required), and the majority of these port facilities are conveniently located along common shipping routes. Some of these vessel operators might assume they have a low probability of being caught, and perhaps are unaware of how closely they can be monitored by Global Positioning System (GPS), satellites, and nearby aircraft or other vessels. Operators who fear being caught sometimes illegally alter or turn off their Automatic Identification System (AIS) and “go dark” at sea. AIS is a radio frequency broadcast equipped with GPS that is mandatory on almost all large oceangoing vessels, to help promote safety at sea. Ships can communicate through AIS and avoid collisions in high traffic situations. 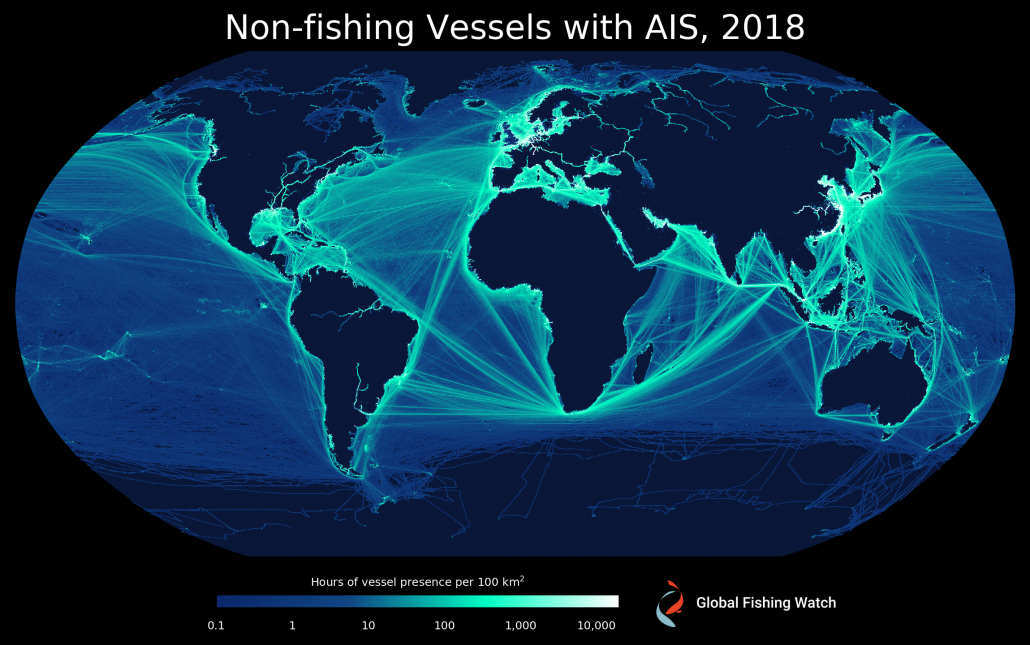 Another incentive for illegal bilge discharge: an overwhelming number of illegal ocean dumpers go unpenalized for their crimes in many different countries. Vessels can control the level of enforcement they face by registering to sail under a flag that is different from the country in which the vessel is owned. For example, in 2015 a German-owned motor vessel named City of Tokyo, operating under the flag of Liberia, was caught bilge dumping off the Alaskan coast. Often this means a vessel from a developed state is using the flag of a developing state; Panama, Liberia and Marshall Islands currently flag the world’s largest fleets. More than 70 percent of the world’s merchant vessels are registered under a different flag state. By choosing a flag of convenience, vessel operators, without a genuine link to their country of ownership, can find advantageous loopholes depending on a flag state’s national laws. They can shop for lower registration fees and taxes and can choose a registry that allows them to remain anonymous. They can also recruit a foreign workforce at lower labor costs. Essentially, some developing states prioritize economic development over environmental enforcement.

The United Nations Convention on the Law of the Sea (UNCLOS) is the legal framework states use to adopt international laws for the world’s oceans. It differentiates rights in territorial seas near each state’s coastlines, and non-territorial or high seas. Since individual states have jurisdiction to adopt (“in conformity with generally accepted international regulations”) and enforce their own national laws, prosecution for environmental harm such as bilge dumping varies in leniency. UNCLOS specifies that flag states have exclusive jurisdiction over their ships on the high seas. Exclusive jurisdiction means vessels abide by flag state laws and are subject to flag state prosecution. Additionally, flag states issue vessels their compliance certifications by approving the vessel’s equipment and crew. These certifications can be used by vessels when passing through other states’ territorial waters, making it difficult for port or coastal states to pursue noncompliance of other flag state vessels within their territorial waters. It is only in territorial waters and under good reason that a foreign state can make a hot pursuit on vessels neglecting the law.

It can seem confounding why enforcement is so infrequent globally given that, under UNCLOS, each flag state should have at least minimal legislation. SkyTruth spoke with John Kostyack, executive director of the National Whistleblower Center to answer this question. Kostyack told us “The concept behind treaties like MARPOL is that domestic legislation then implements them, but most countries have either not passed legislation, or they have legislation that is not enforced consistently.” Kostyack notes that fines are imposed in some countries, including the US, but the level of penalties are nowhere near sufficient, stating “(d)umping oily waste illegally is seen by these companies as a risk worth taking because they don’t see a significant threat of prosecution. Even when penalties are imposed they are not steep enough to change behavior. This is a recipe for continued pollution.” Ultimately, Kostyack feels the primary reason vessels are bilge dumping is because it is cheaper to occasionally pay modest penalties than to pay to treat their own waste.

SkyTruth will continue to search the world’s oceans for illegal bilge dumping. We are currently working to automate this process to cover more areas in near real-time. We hope that by revealing this otherwise often hidden practice, we can arm whistleblowers and others with useful information to prosecute these crimes more frequently, and create greater incentives for vessel owners and operators to comply with international law.

SkyTruth and COVID-19: A message from the President

Bilge Dumping in Southeast Asia Continues in 2020
Scroll to top