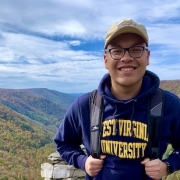 My name is Matthew Ibarra and I am a new intern at SkyTruth. I am currently a student attending West Virginia University (WVU). Originally I came to WVU to study mechanical and aerospace engineering. I have always been passionate about math and science and so naturally I believed engineering would be a perfect fit for me. I was a part of my robotics team in high school and I believed this would be something I could do forever.

However, as my time at WVU went on I became much less interested in engineering and I decided that I wanted to study something else. Through my engineering classes I inadvertently learned more about energy and from there about renewable energy sources. I developed a passion for renewables and I decided I wanted to shift my focus of study and work on environmental challenges. I have always felt there is a lot more bad news than good news in the world and I kept hearing about problems such as massive deforestation in the Amazon, pollution of the planet and the oceans — and those were just the tip of the melting iceberg. I wanted to do something that would leave a lasting impact. All of these factors pushed me to change my major to Environmental and Energy Resource Management. And it was the best decision I have ever made. 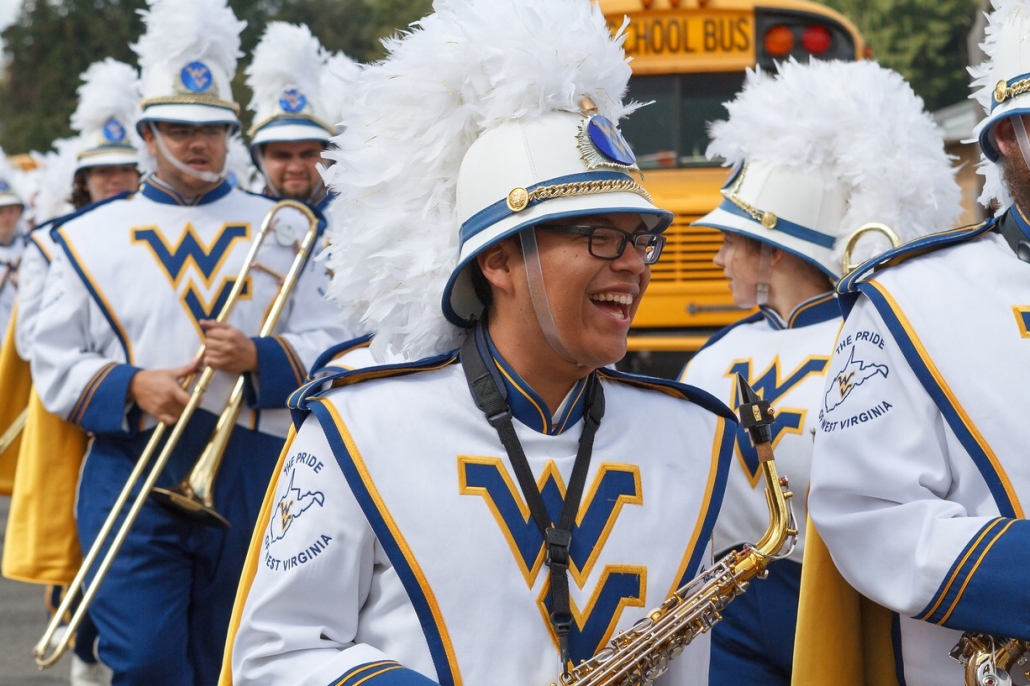 Matthew played saxaphone for the WVU marching band and currently plays clarinet in the WVU Concert Band and saxophone in the WVU pep band. Photo by Roger Sealey.

My best friend Amanda’s mother Teri works at SkyTruth as our office administrator, which was very serendipitous for me. Amanda told me about SkyTruth and I was excited to learn how SkyTruth gathers environmental data and conducts research using satellite imagery. I was intrigued because it seemed like SkyTruth worked in all the areas I was passionate about: the environment, technology, and research. I looked into some of SkyTruth’s current and past projects and the ones that excited me the most include FrackFinder, which helps keep track of the environmental impacts of fracking for natural gas. I was also excited about SkyTruth’s interactive maps that help track the removal of mountaintops from coal mining. SkyTruth works on many other projects that I knew that I wanted to be a part of as well. An internship at SkyTruth was the perfect way for me to not only help work on projects I cared about, but also to learn more about what I am interested in.

As an intern I am currently working to monitor the South East Asia region for bilge dumps. Bilge dumps are illegal practices by vessels that attempt to bypass pollution control and dump their oily ballast and waste water at sea. I am collecting useful data that will contribute to a machine learning program that can automatically detect bilge dumps from satellite images around the world. I am also working to update FrackFinder to include data from 2016 and create an interactive map that can easily display information such as natural gas well pad locations in West Virginia, and when they were drilled, to show how natural gas fracking has impacted West Virginia over time.

I am passionate about sustainability and hope to make this central to my career. Sustainability is the notion of living your life in such a way that you leave resources for the people who come after you. After my time here at SkyTruth I hope to go into government work. I would like to work for the Department of Energy in the Office of Energy Efficiency and Renewable Energy. Fossil fuels will eventually run out and a transition to renewables will help current climate and environmental issues. I feel that it is important to find solutions now and transition our power needs to something that is more sustainable while we are still able to do so. 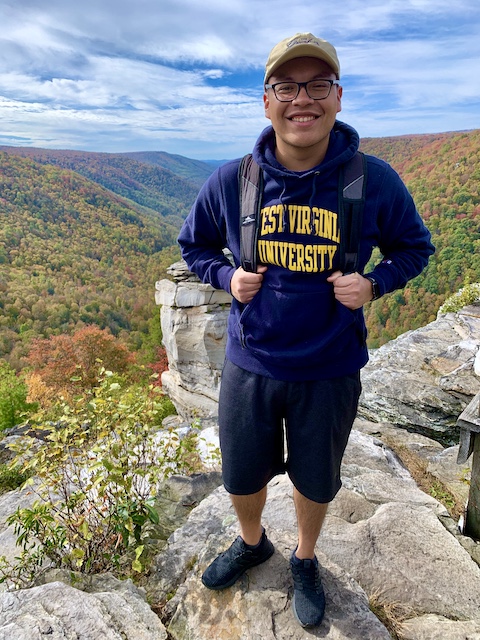 I believe SkyTruth is important in achieving my goals because I am gaining valuable skills and knowledge that I know will help me in the future. I love working with Geographic Information System programs (GIS). GIS is essentially using computers to analyze physical features of the Earth such as measuring forest density or tracking changing temperatures; it has almost endless applications.  I am learning to work with Google Earth Engine which is essentially a super powerful and intuitive way to work in GIS. Earth Engine requires me to be able to code in the programming language JavaScript and so I’m learning that skill as well. These are skills that will be forever relevant in the future and I am excited to deepen my understanding of them.

When I started college five years ago I never thought that I would end up where I am today. I spent so many sleepless nights trying to finish my physics homework and study my chemistry notes. I never thought that I would want to give all that up to work in something completely different, but I am thankful I did. I am eager to be learning something new every day at SkyTruth and I am thankful to everyone who helped me get to where I am today. I am excited to continue my internship here and keep learning more about what’s important to me. 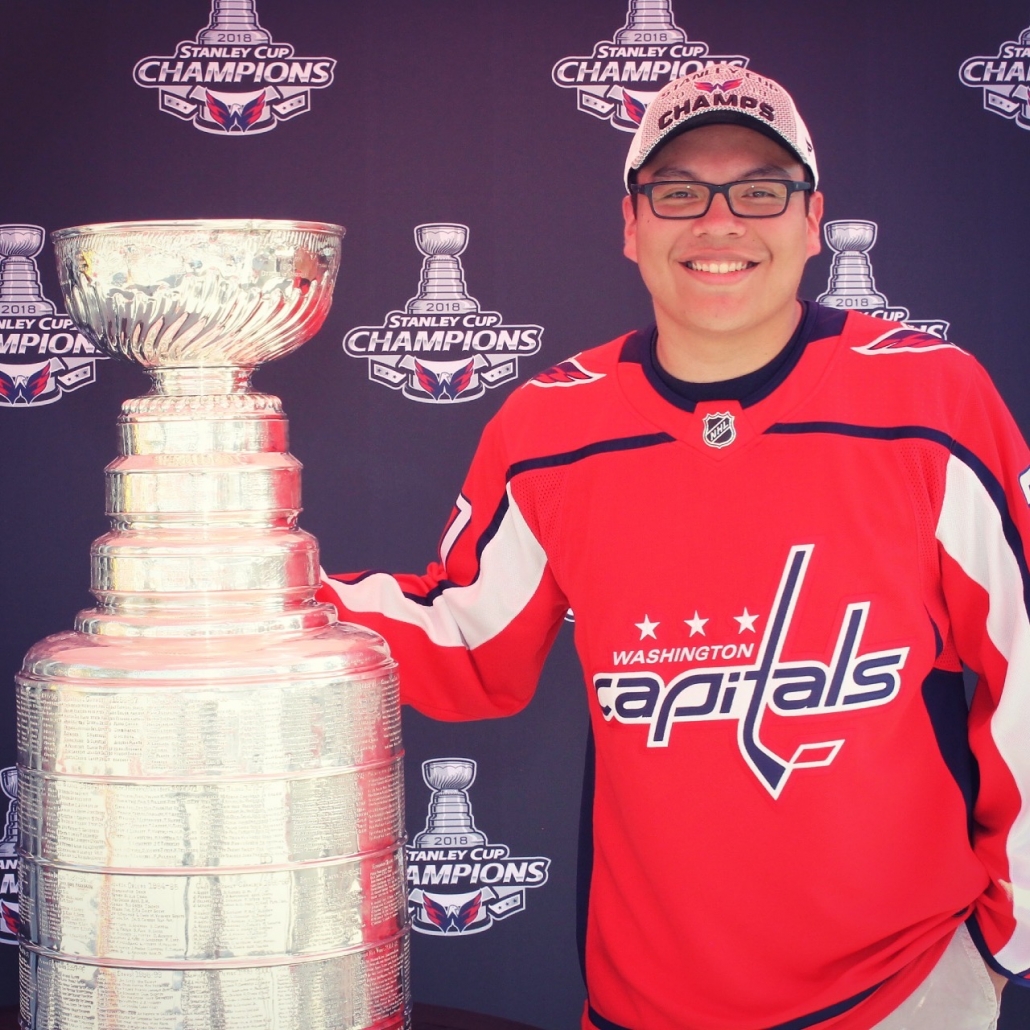 Matthew is a hockey fan and celebrated the DC Capitals’ Stanley Cup victory in 2018. Photo by Photos Beyond DC.

Bilge Dumping at Sea: Why should I care?
Scroll to top