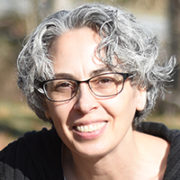 A would-be diplomat discovered she could help others with technology.

Johnna Armstrong had, what she calls, a sheltered upbringing in a rural community in Upstate New York. The oldest of six children, she often had to care for her younger siblings. So when it came time for college she was anxious to learn about other cultures and find out “who I was, separate from my family,” as she puts it. She had no idea when she headed off to the State University of New York at Albany (now called the University at Albany) that ultimately she would end up in the computer field. Now, she serves as SkyTruth’s systems administrator, keeping our systems humming, the website running, and managing the rapidly evolving SkyTruth Alerts system.

Instead, in her college days, Johnna was interested in diplomacy and studied German and political science. She spent her junior and senior years in Germany and almost stayed there: After working in a German vineyard during a school break, Johnna was offered an apprenticeship when she finished school. She wanted to accept the offer but her father wouldn’t permit it. He sent her a plane ticket home and told her “you’ll be on it.” 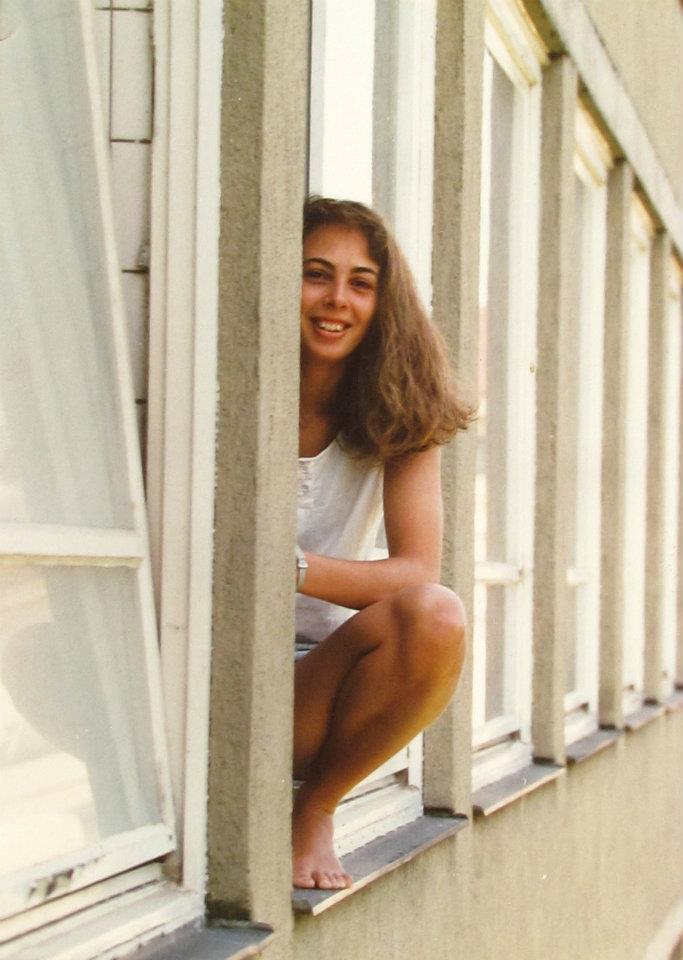 Johnna in Germany during college.

After a temporary gig with a trade association in Washington, D.C., Johnna landed at the Bureau of National Affairs (BNA) – a company that publishes legal and accounting information. She worked in the research department, fielding questions from clients about where they could get answers to various legal questions. Many of the same questions popped up repeatedly and so she made lists of the most common questions and answers. “I got very efficient,” she says, and loved the job because of the research component.

But there was no chance for advancement in her BNA position and she wanted to make a difference, ideally in the nonprofit world. So she began asking colleagues out to lunch to pick their brains about her next steps.

“What I took away from [those discussions] was that I would need either a law degree or a business degree,” she says. So she enrolled in the Thunderbird School of Global Management in Arizona (which has campuses around the world). She completed a fast-track program for an International MBA with a capstone project on nonprofit management for Catholic Charities. The program required her to take tech courses one semester, which is where she first discovered she excelled at tech. The next semester she became a teaching assistant, helping students with technology problems. She loved it, noting “I slid sideways into tech. The whole idea of helping people really jazzes me.”

After graduation, Johnna headed to Poland with her boyfriend. It was 1991 and the Berlin Wall had just come down. “Half the school was headed to eastern Europe,” she says. “The whole culture and economy –  everything was changing at a rapid pace; it was a very exciting time.” She stayed there for nine months, got two job offers that both fell through and returned to the U.S. when she ran out of money.

She landed back at BNA. But this time she had tech skills and the digital revolution had begun. She got a permanent position in BNA’s tax department, morphing print publications onto CD-roms and eventually moving them online. Her manager Pam Brophy was her mentor – and also a visionary: Pam saw the digital era on the horizon and told Johnna “this is coming; this will all be on the web. Tell me what you need [to move materials online] and I will get it for you.” Johnna learned programming on the job to make BNA’s materials accessible electronically. “It was a blast,” she says, looking back now.

And, during this period, she met her husband Paul Woods. Paul worked on the same floor. Johnna liked what she saw and asked Paul out. In typical Johnna and Paul fashion, after they got married they spent a year traveling around the world.

When they returned to reality, Johnna and Paul settled in Takoma Park – a DC suburb that kept them close to Paul’s father and Johnna’s mentor Pam, both of whom were struggling with cancer. When Pam lost her battle, “my heart went out of BNA,” Johnna says. She and Paul had started their own business, called BTS, working on web apps, web development and programming  — much of it for nonprofits. And they moved to Shepherdstown, West Virginia where SkyTruth is now headquartered.

Why Shepherdstown? “I had a list,” Johnna says. Their new town had to have an independent bookstore (Shepherdstown has Four Seasons books); an independent coffee shop (Shepherdstown has had several over the years, the funkiest being the Lost Dog), and a small college or university (Shepherd University provides SkyTruth a steady stream of interns). Johnna saw these as indicators of a vibrant, diverse community. She and Paul have remained here since arriving in 2001. 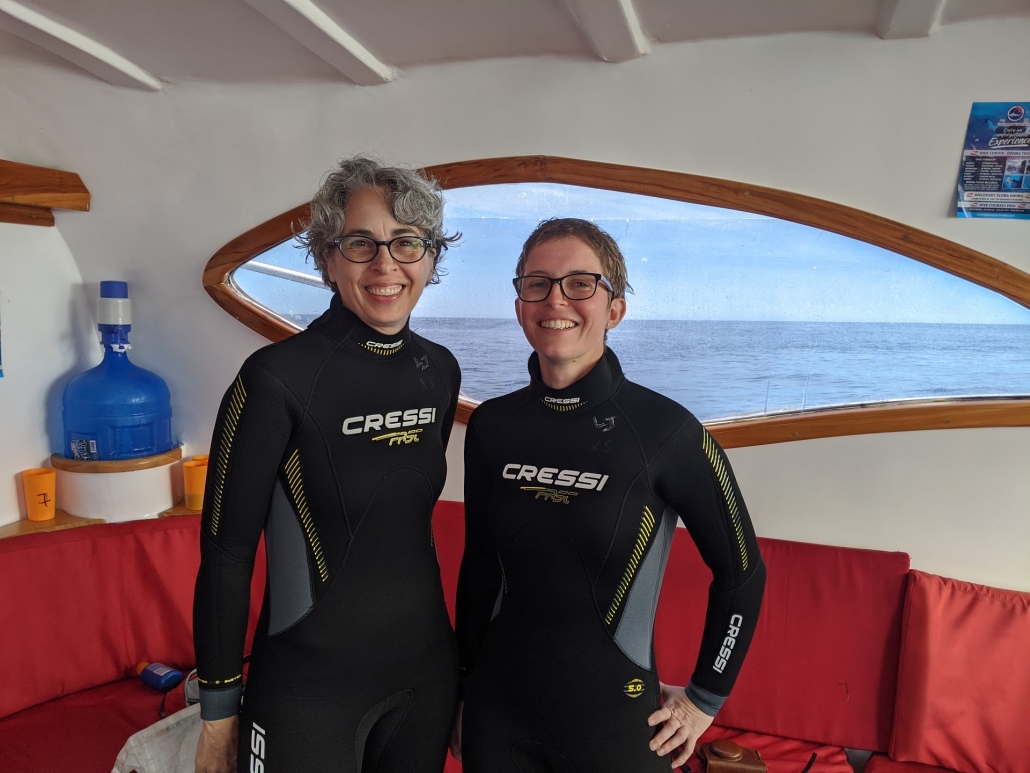 Johnna with Beth O’Leary, a Global Fishing Watch research partner, in the Galapagos Islands in November 2019. Photo by Paul Woods.

Johnna first met SkyTruth President John Amos when he gave a local talk in Shepherdstown in 2004. She and Paul later got to know John better through a local group interested in promoting tech jobs in the area. Although the group eventually disbanded, John and Paul hit it off. At the time, John was SkyTruth’s only employee and he welcomed Paul’s management and tech skills. He invited Paul to join SkyTruth’s board.

During Paul’s board tenure, BP’s Deepwater Horizon drill rig exploded in the Gulf of Mexico, killing 11 workers and coating seabirds, marine life, and shorelines with deadly oil. John, along with SkyTruth partner Ian McDonald (a professor of oceanography at Florida State University), used satellite imagery to demonstrate that BP and government estimates of the amount of oil spewing into the Gulf were more than an order of magnitude too low. Constant news coverage propelled SkyTruth into the national spotlight and put pressure on the federal government to determine the true amount of oil damaging the Gulf ecosystem.

Johnna was impressed. She already liked SkyTruth’s origin story – how John had left an industry consulting career to bring satellite imagery to the nonprofit environmental world. With the BP disaster, she saw how SkyTruth had solved a major problem. “It was very easy to determine how much oil was really there,” she says now. “Yet the Coast Guard wasn’t doing it. That [realization] was a very powerful moment for me.” She remembers helping John with one of his many interviews during this time. “It was an interview with Al Jazeera and they wanted to do it by Skype,” she says. “But John wasn’t set up with Skype at that time, so we brought him over to our place and set him up for the interview.”

With new-found fame, SkyTruth obtained the resources to start hiring additional staff. Paul decided that instead of serving on the board, it would be more fun to work for SkyTruth. As Chief Technology Officer, Paul helped create and launch the SkyTruth, Oceana, and Google partnership Global Fishing Watch (GFW), which tracks fishing vessels around the world. Johnna also worked on the GFW launch as a contractor. When GFW became an independent organization, Paul left SkyTruth’s staff and joined GFW as its Chief Innovation Officer (he now serves on SkyTruth’s board once again). Johnna had been doing contract work for SkyTruth already and, with Paul moving on, Johnna saw an opportunity to do more work with SkyTruth.

In particular, after running BTS on her own for a while, Johnna wanted more interaction with people. She enjoyed working with some high profile clients (such as Claire’s Stores in New York, Johns Hopkins Wilmer Eye Institute, and the University of California at Davis) as well as small nonprofits (including local arts groups such as the American Conservation Film Festival and the Contemporary American Theater Festival). But she was starting to feel like the only time she actually talked to people at work was when they had an emergency or problem. She really liked the people at SkyTruth and liked SkyTruth’s mission. “SkyTruth was fabulous in what it was trying to do,” she says, “putting information out there to do good, keeping data free and allowing other people to confirm or deny it.” She particularly likes SkyTruth’s environmental focus. So she approached John and SkyTruth Chief Operating Officer Jenny Allen about joining the team. They jumped at the chance.

“Johnna brings a delightfully unique set of skills and experiences to our team,” says Jenny. “She fixes pretty much anything that breaks in our systems and always has a novel work-around in her back pocket. Plus, she can knit you a pair of socks while you’re checking your mail at the post office. She’s everyone’s hero.”

And the world needs all the heroes it can get. “It’s pretty depressing out there,” Johnna notes, contemplating the global environment. “So it feels good to be doing something to help.”

SkyTruth 2020: What to Expect in the New Year
Scroll to top