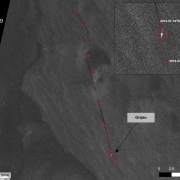 The cause of the massive oil spill plaguing Brazil’s beaches is still unknown, but monitoring reveals a potential new bilge dumping incident

We still haven’t found the cause of the massive oil spill that’s been plaguing Brazil’s beaches since early September.

But SkyTruth’s continued surveillance of the coast of northeastern Brazil, in response to one of the country’s worst oil-related environmental disasters ever, has uncovered what appears to be another previously unreported bilge dumping incident off the coast of Joao Pessoa in the state of Paraiba. Located about 20 km offshore, a 25 km-long slick appears to originate from the Grajau, a Brazil-flagged liquefied petroleum gas (LPG) tanker. Slicks such as this are a hallmark of the intentional dumping of untreated, oily bilge wastes from vessels underway at sea, although there may be other explanations for this slick (for example, the ship was experiencing a serious mechanical problem). The slick (a long, dark streak) and vessel (a bright spot at the south end of the slick) are shown on this Sentinel-1 radar satellite image taken on the 19th of July. We identified the vessel using their public AIS tracking broadcasts, extracted from the ShipView vessel-tracking platform. The image was captured at 07:53 UTC; a careful look at the AIS broadcasts from Grajau just before and after the image was taken show that the vessel we can see on the radar image is very likely Grajau.

Recent discoveries of bilge dumping in the Atlantic Ocean along Brazil’s coast reveal that this is a persistent problem that — as in many places — lacks effective enforcement. None of the slicks we’ve seen appear big enough to be the source of the oil plaguing Brazil’s beaches. This potential bilge slick from Grajau is no exception: it’s a modest-sized slick compared with the dozens of bilge slicks we’ve seen from other places around the world that are occasionally more than 100 km long. And this slick, just 20 km offshore, probably would have dissipated or washed ashore several weeks before the thick globs of heavy oil began to appear on the beaches in early September.

Nevertheless, bilge dumping is a chronic source of oil pollution in the ocean that has been hidden for too long. Now that we can see it, and can identify the likely polluters, it’s time for governments to take action to bring this illegal practice to an end.

AIS ship-tracking broadcasts (red dots) from the Brazil-flagged LPG tanker Grajau, overlain on a Sentinel-1 radar satellite image showing an apparent bilge-dumping slick (dark streak) and the vessel that appears to be responsible (bright spot, indicated within the red circle). Based on the AIS data, we think this vessel is likely the Grajau. See inset map at upper right for detail. Image was collected at 07:53 on July 19. 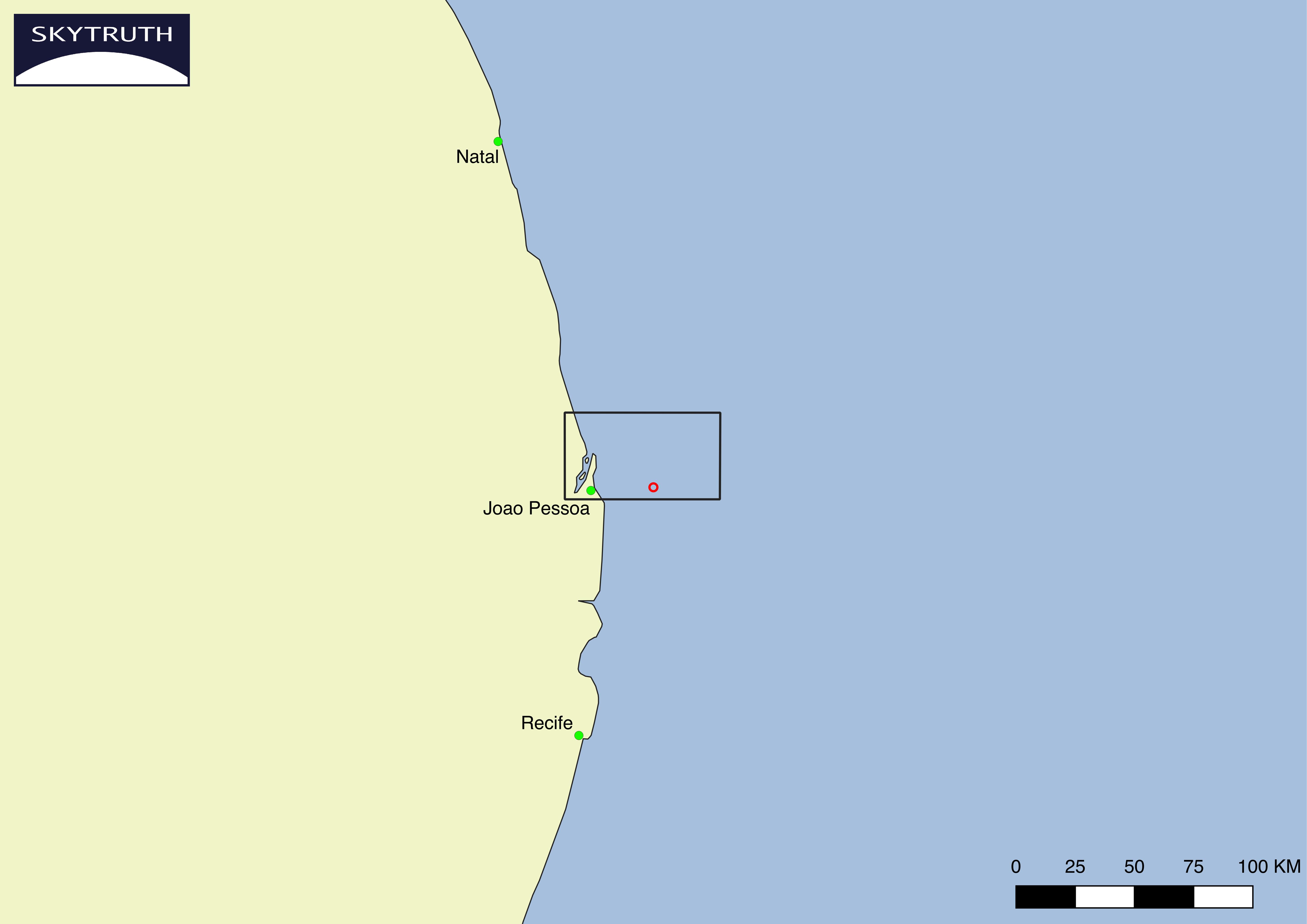 The location of the boat, relative to Brazil’s coastline.