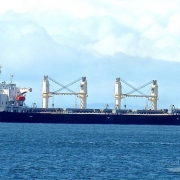 SkyTruth identified the bulk carrier Lumoso Aman as the likely polluter via AIS and satellite imagery.

On October 10, 2019, SkyTruth discovered yet another likely bilge dumping incident in Southeast Asian waters. At 10:25:26 UTC (Coordinated Universal Time), Sentinel-1 Imagery captured this oily pollution during routine monitoring of the Makassar Strait. Lingering off the southwest coast of Sulawesi, Indonesia, this oil slick measures approximately 33 kilometers long. The slick and the suspected responsible vessel (circled in red in Figure 1 below) appear roughly 100 kilometers west of the coast of Makassar, the capital of Sulawesi. Makassar is a port city with active commerce and tourism. 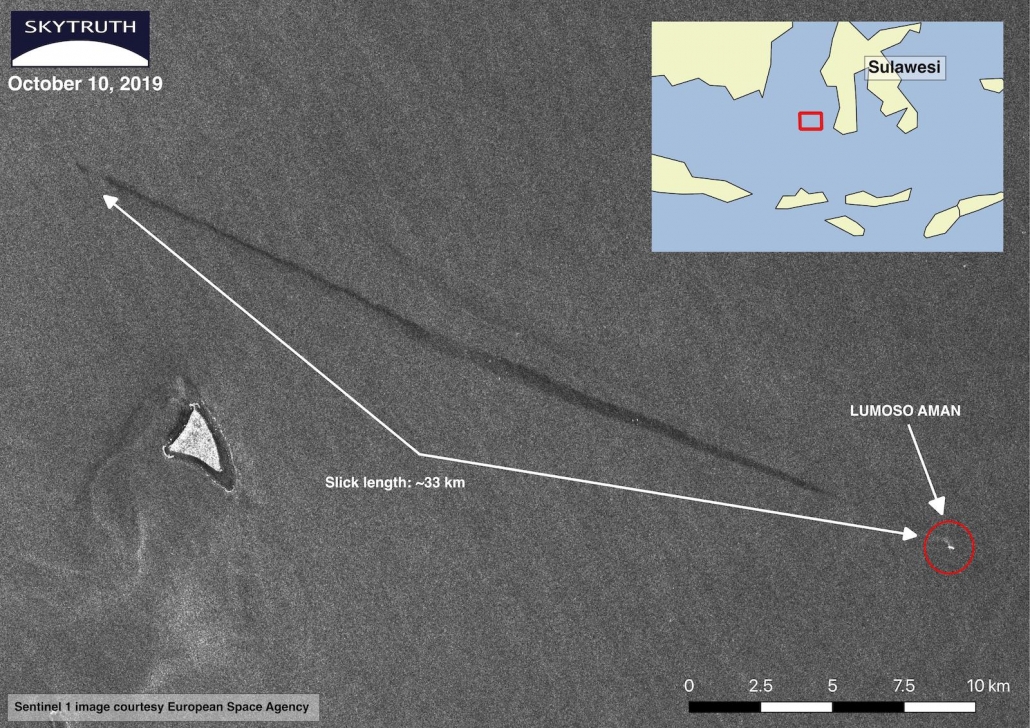 We identified the potential culprit through AIS (Automatic Identification System) broadcasts from the Lumoso Aman (Figure 2), a bulk cargo carrier operating under the flag of Indonesia. 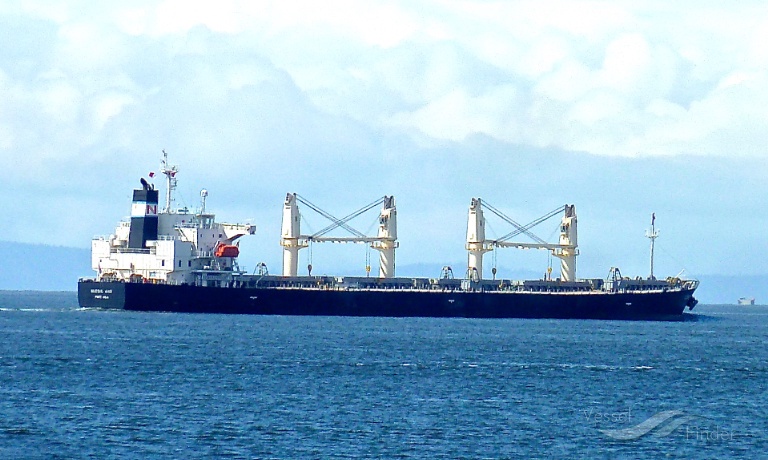 Figure 2: A picture of the Lumoso Aman, courtesy of Vessel Finder.

Bilge dumping is the disposal of waste water from a ship’s lower hull. Bilge water is supposed to be treated before it’s discharged, but sometimes vessel operators will bypass the pollution control equipment and flush oily, untreated bilge into the ocean – in direct violation of international marine pollution law. You can learn more about this ongoing source of ocean pollution, and how SkyTruth identifies perpetrators, in our recent post about bilge dumping in Southeast Asia.

Our motto at SkyTruth is “If you can see it, you can change it.” We tirelessly monitor the ocean with this vision in mind, to be watchdogs and defenders of our Earth’s waters. No matter how remote these areas of pollution appear to be, we can see them with satellite images. These seemingly remote bodies of water are connected to waters throughout the world. Just as air pollution migrates between contiguous countries or states, oil pollution can find its way to any coastline and harm coastal environments and communities. With continued monitoring, we hope that nations, communities, and enforcement agencies can hold ship operators accountable, making it clear that bilge pollution is an unacceptable threat to the world’s ocean ecosystems.