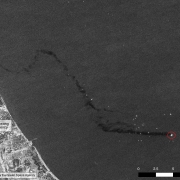 Following up on recent reports of oil in the water off the north coast of Karawang Regency, West Java, Indonesia, SkyTruth has picked up a slick in Sentinel-1 radar imagery. In the image from July 18th, an unidentified platform (circled in red) located roughly 12 km north of the Karawang shore is shown emitting a 34.7 km-long slick into the Java Sea. A story written by the local Jakarta Post on July 18th describes state-owned energy firm Pertamina’s decision to evacuate personnel and halt operations at an offshore production rig in their Offshore Northwest Java (ONWJ) block. The evacuation was ordered after a dangerous “well kick”, or unplanned release of gas caused by low pressure in a wellbore, initiated a large slick on the 16th of July. A separate report released by the Jakarta Post five days later indicated that the Indonesian Transportation Ministry teamed up with Pertamina in response to the oil-related event, along with several other smaller entities in the area. The response vessels were able to set up a boom around the perimeter of the offshore platform. Unfortunately, this didn’t stop oil from reaching villages and beaches on West Java’s coast. Given the fact that several vessels surround the unidentified object in the Sentinel-1 image, we believe that this could be the affected drilling platform. Pertamina’s upstream director Dharmawan Samsu estimated that it will take approximately eight weeks for the oil and gas leakage to be plugged. 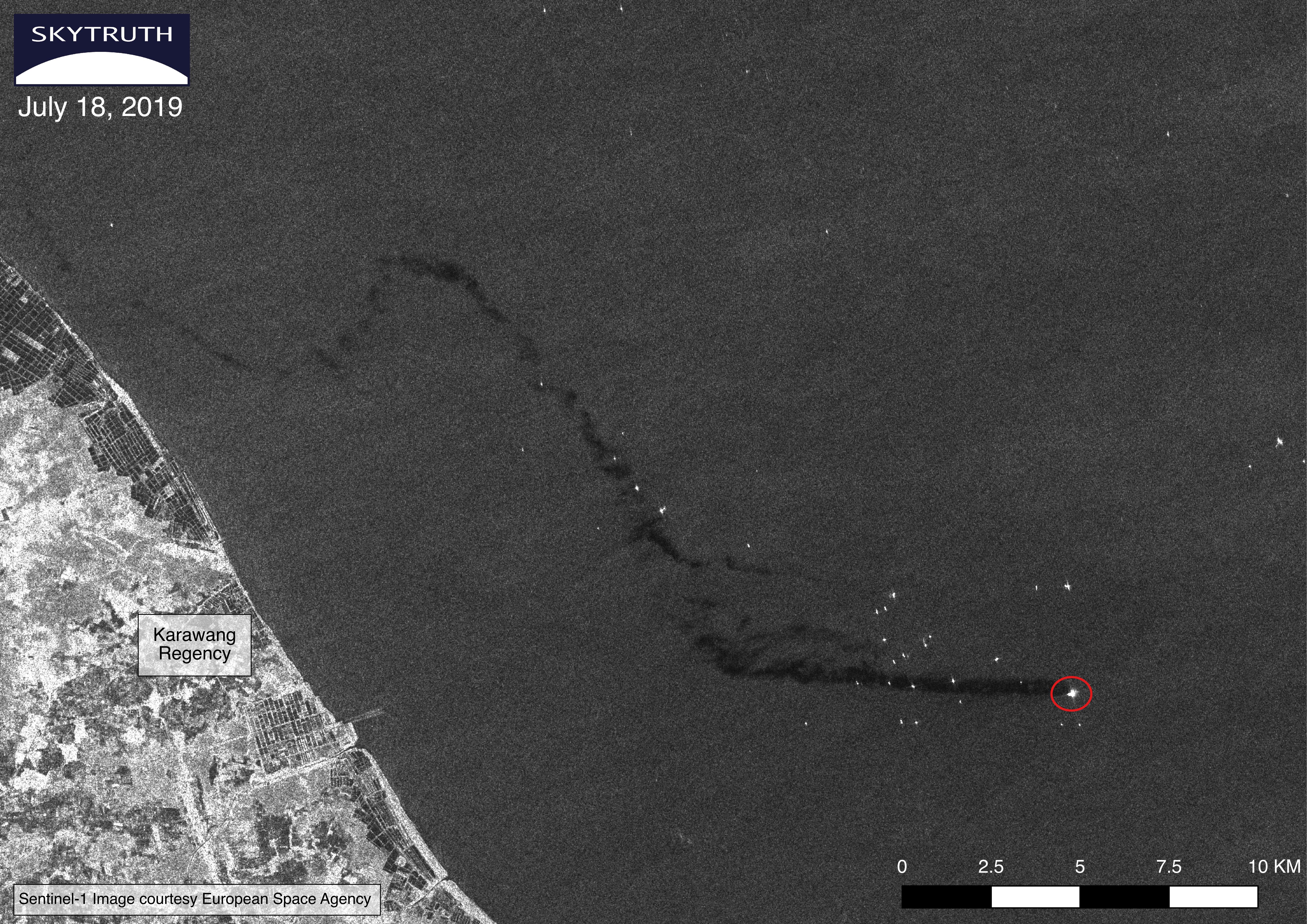 The unidentified platform (circled in red) can be seen leaking oil into the Java Sea. Several small vessels are in the platform’s proximity.

SkyTruth Alerts: When We Know, You Know