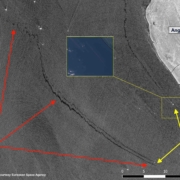 You may recall we posted about a slick emerging from an unidentified platform off the coast of the Democratic Republic of the Congo on June 4th. At the time, we noted that the slick was most likely directed by the strong currents from the nearby entrance to the Congo River as it wasn’t in line with the wind direction. In this image from June 28, we now see a second slick alongside the first. 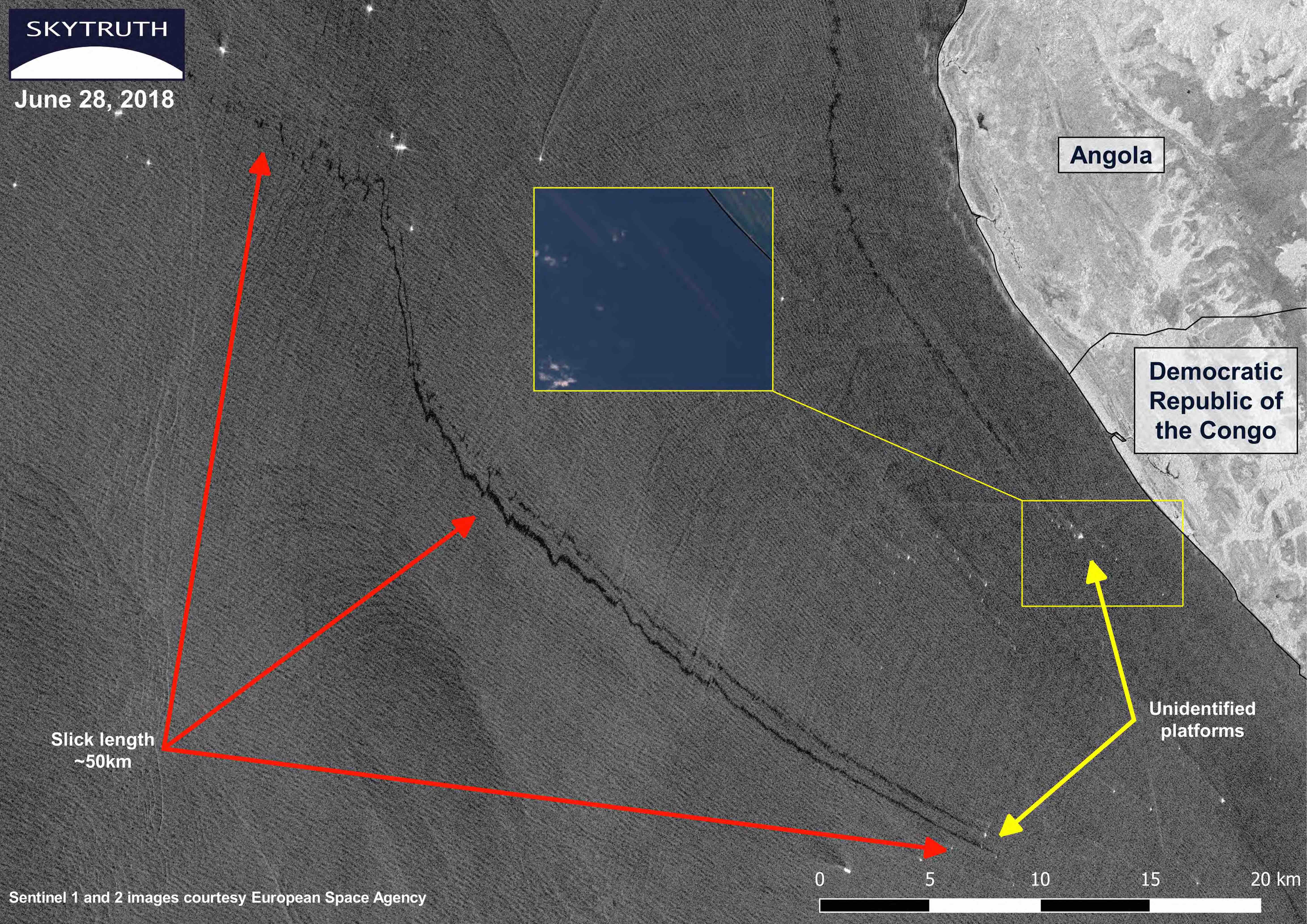 This could be a sign of new construction in the area. We also noticed a slick closer to shore which led us to check Sentinel 2 imagery which allows us to see in the visual spectrum. In the inset image, from June 8th, we can see that there are long, brown trails coming from the platforms, usually a sign of sediment being kicked up by wake turbulence from strong currents hitting the structures. 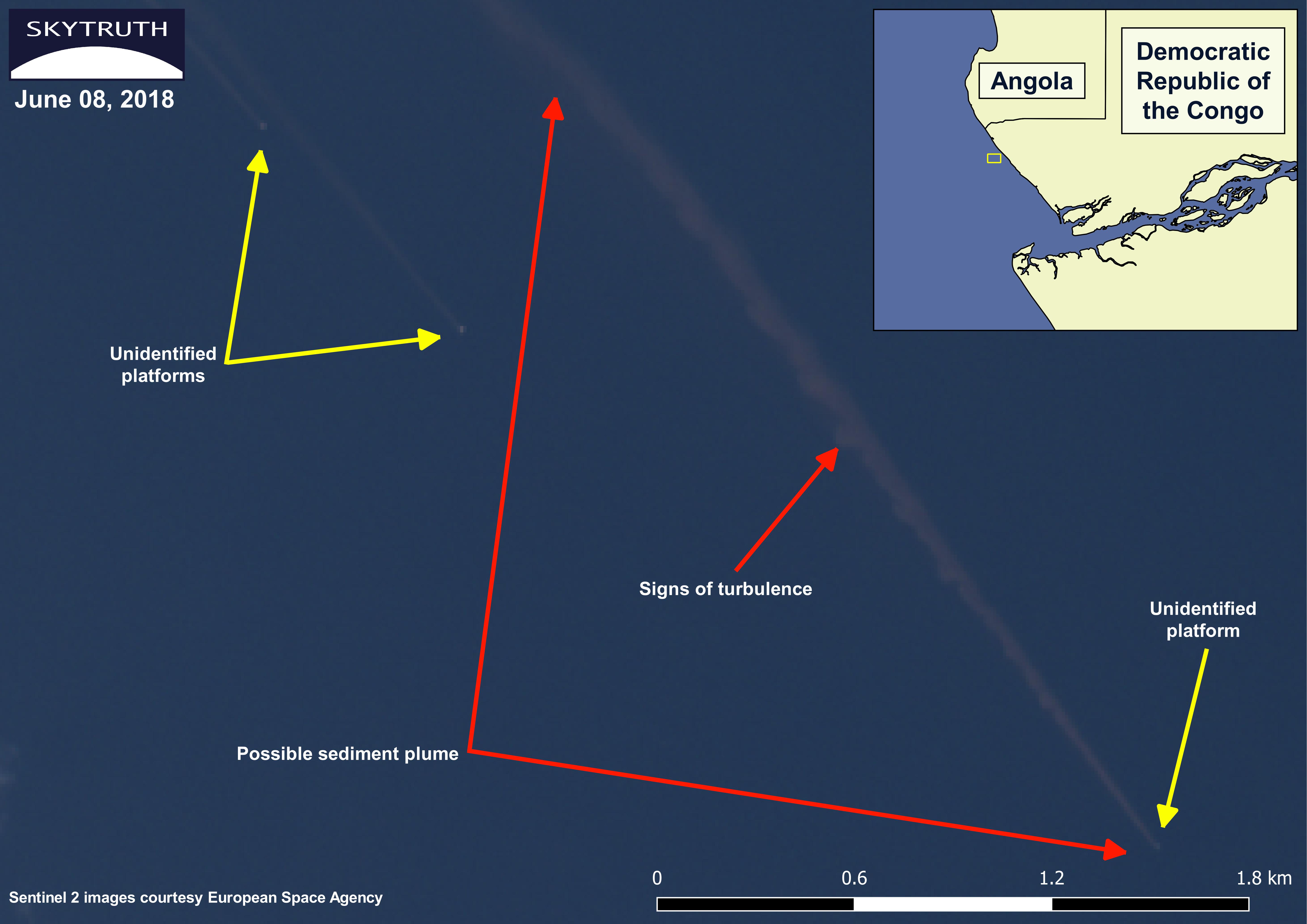 Detailed view of one of the trails in Sentinel 2 imagery.

This raises the possibility that the slicks we are seeing on the radar images are not from oil but from sediment plumes. Turbidity and sediment in the water can dampen wind-driven wavelets, just like an oil slick, making a dark slick on a radar image. The fact that the wind was very low in these images, between 0-5 knots, could possibly emphasize the sediment plumes against the slack water, making them more visible than usual. 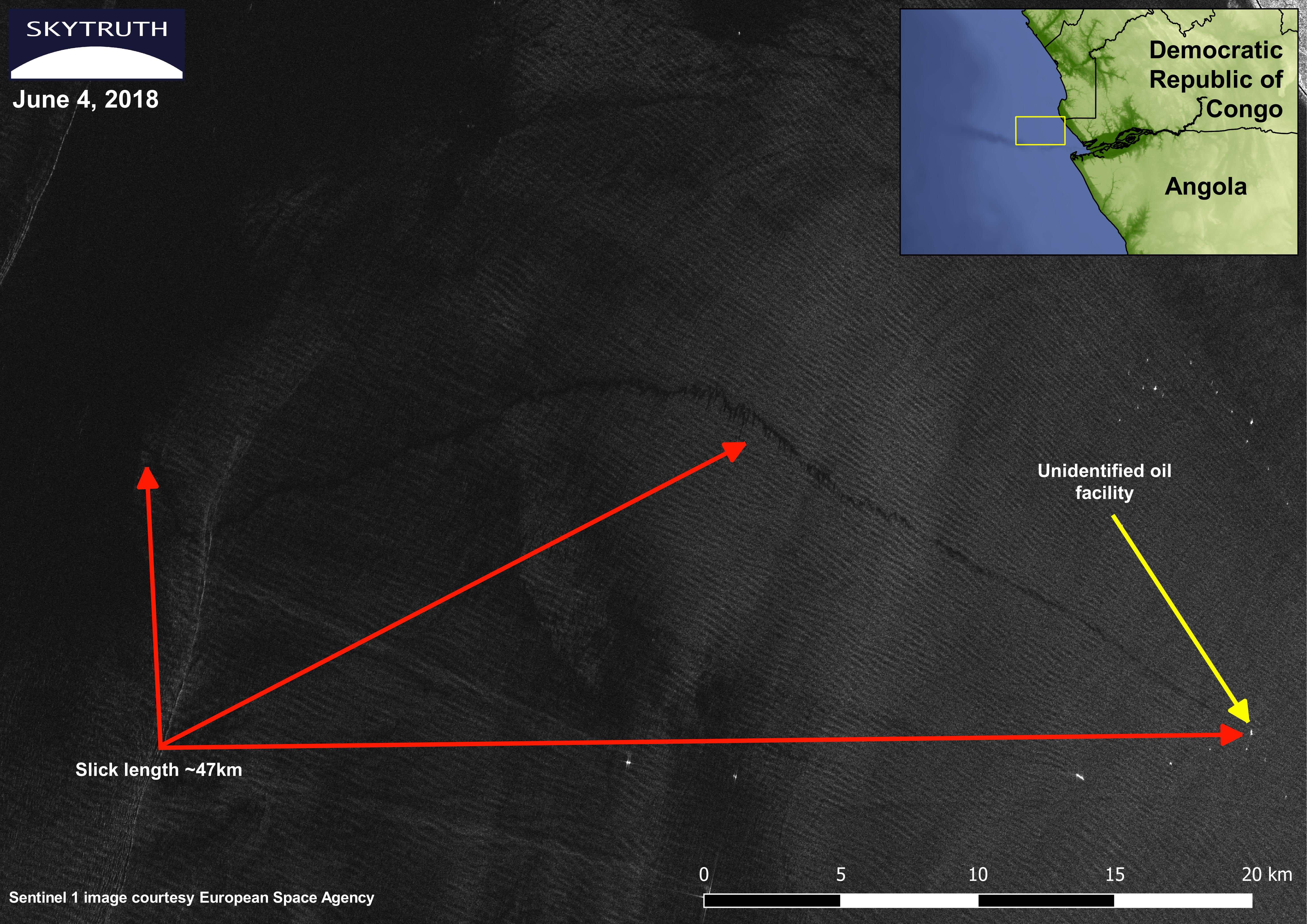 The original slick we reported on in June.

However, the way that these slicks remain coherent over 50km lends weight to them being comprised of an oily substance, especially the feathering pattern seen in the middle. This is consistent with what we expect from wind and currents pulling an oily slick in different directions.  So another possibility is that we’re seeing the intentional discharge of drilling fluids and/or “produced water” that includes residual amounts of oil.

In the end, we cannot say with certainty what we are seeing in these images. There is evidence supporting chronic leaking or discharge from the platforms, but there is also support for these being trails of sediment, kicked up by the strong currents coming from the Congo River. It’s times like this that we need some ground truth to help solve the mystery.