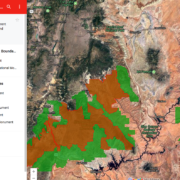 The President announced sizeable reductions of several National Monuments earlier this week.  To help people see and understand the significance of this action, we produced an interactive map showing two of the most highly impacted Monuments, Bears Ears and Grand Staircase – Escalante, both in Utah.  Users of the map can zoom in and explore the places that the Trump administration wants to remove from protection.

Vigorous public opposition and lawsuits by companies such as Patagonia make it likely the fate of the monuments will be tied up in court for many months. In the meantime, our friends at EcoFlight tell us the reduced monuments are considered “de facto” until the courts decide the inevitable legal challenges.

Thanks to The Wilderness Society for providing the proposed new boundaries, based on maps that were leaked last week; and to EcoFlight for sharing geotagged photos from their many flyovers, to help us illustrate what’s in jeopardy. 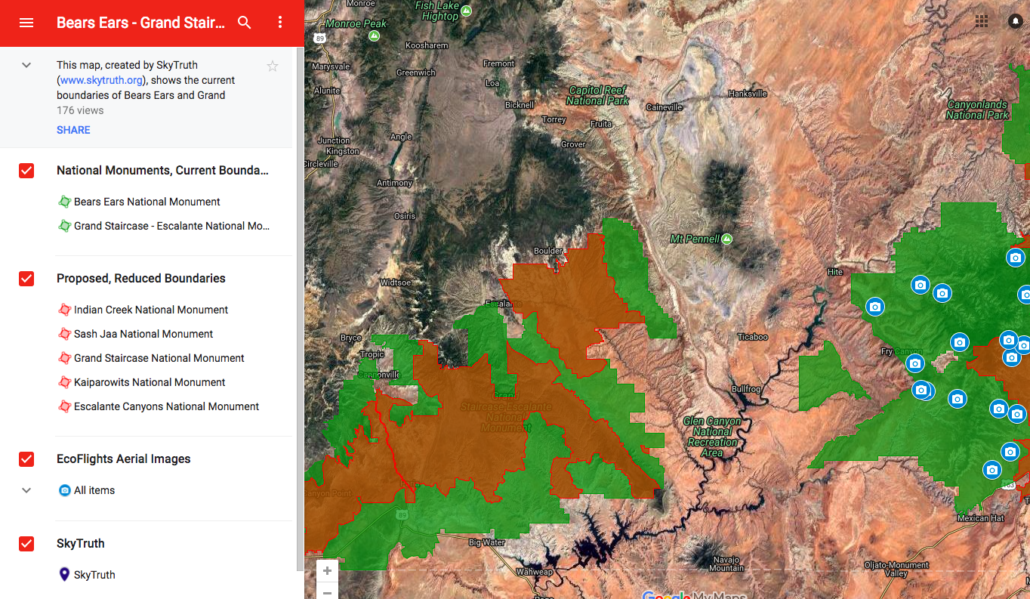 This map shows the original boundaries of the Bears Ears and Grand Staircase – Escalante National Monuments in green, and the reduced boundaries announced by the President on December 4 in red. Click on the camera icons to see aerial photographs of those locations.  Data provided by The Wilderness Society and the US Bureau of Land Management. Aerial photographs provided by EcoFlight.

We’ll add more photos and info to this map as we get it.  View the map here, and please share this link with interested friends:  http://bit.ly/2AxdRrv

Update on Our Efforts to Map Surface Mining in Appalachia