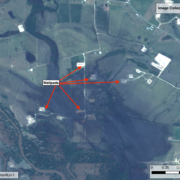 Our thoughts continue to be with the people of the Gulf Coast, as they start to recover and rebuild from Hurricane Harvey. The Hurricane turned out to be one of the most damaging natural disasters in U.S. history, dropping an estimated 27 trillion gallons of water on Texas and Louisiana.

Harvey’s environmental impact is among the many consequences felt by residents. While many are still displaced, they are also dealing with all manner of air and water contamination from damaged petrochemical infrastructure. The cleanup has only just begun.

In the days since the Hurricane, we have been examining a wide variety of satellite imagery and datasets to help us try to understand the scope and environmental consequences of this catastrophic storm.

So far we have seen multiple drilling sites, and possibly drilling-related fluid impoundments, that have been inundated by floodwaters. It is highly likely that any drilling chemicals held in the impoundments have escaped into the floodwaters if those impoundments were submerged. Here are a few examples, looking at four locations along the Guadalupe River near Hochheim, Texas. 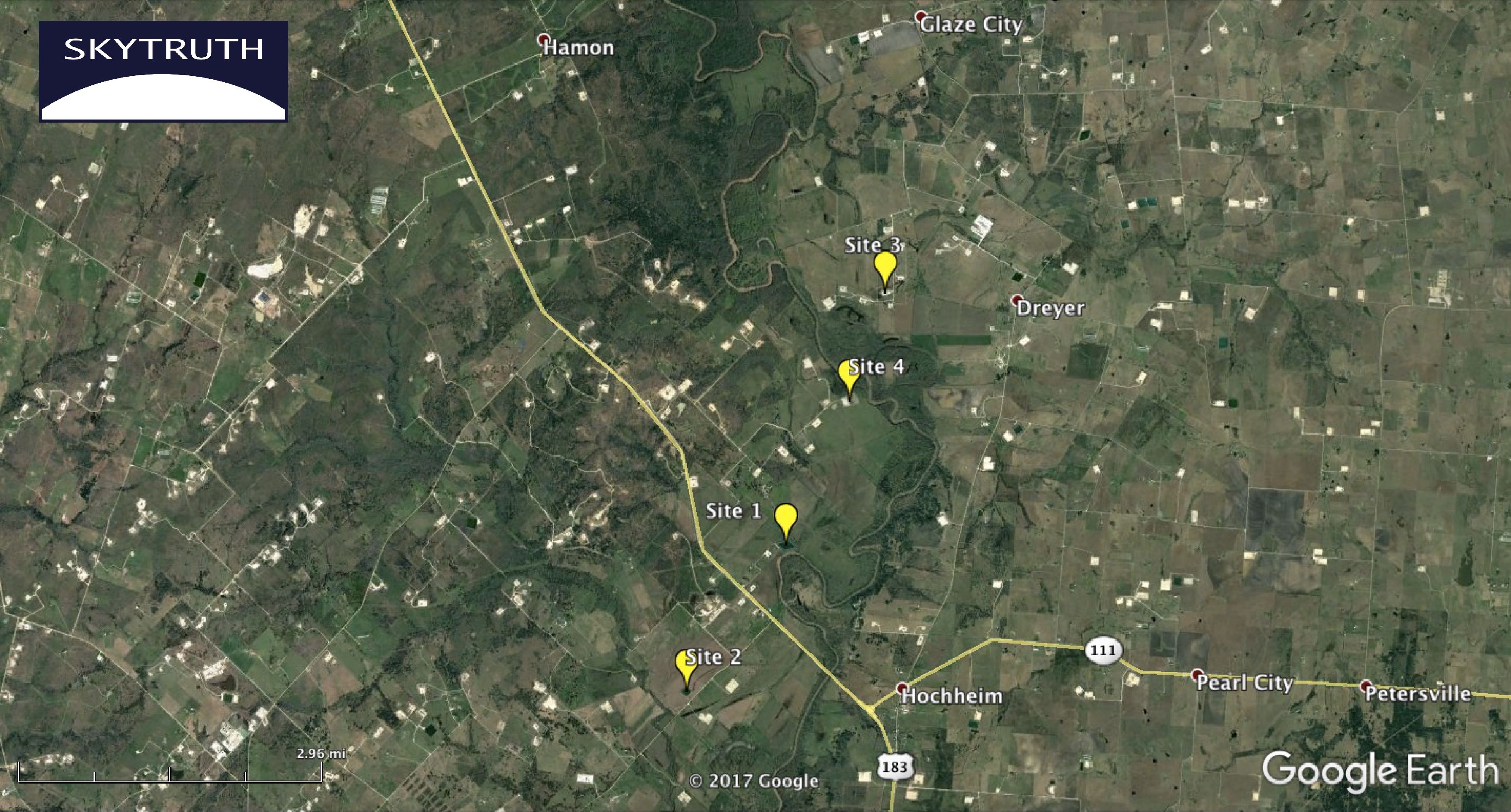 Index map showing the examples of flooded drilling sites below. All of the examples are from RapidEye 3 satellite imagery collected on August 30 and made publicly available by Planet thanks to the International Disaster Charter. 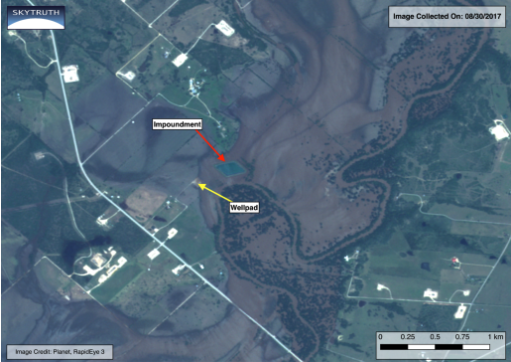 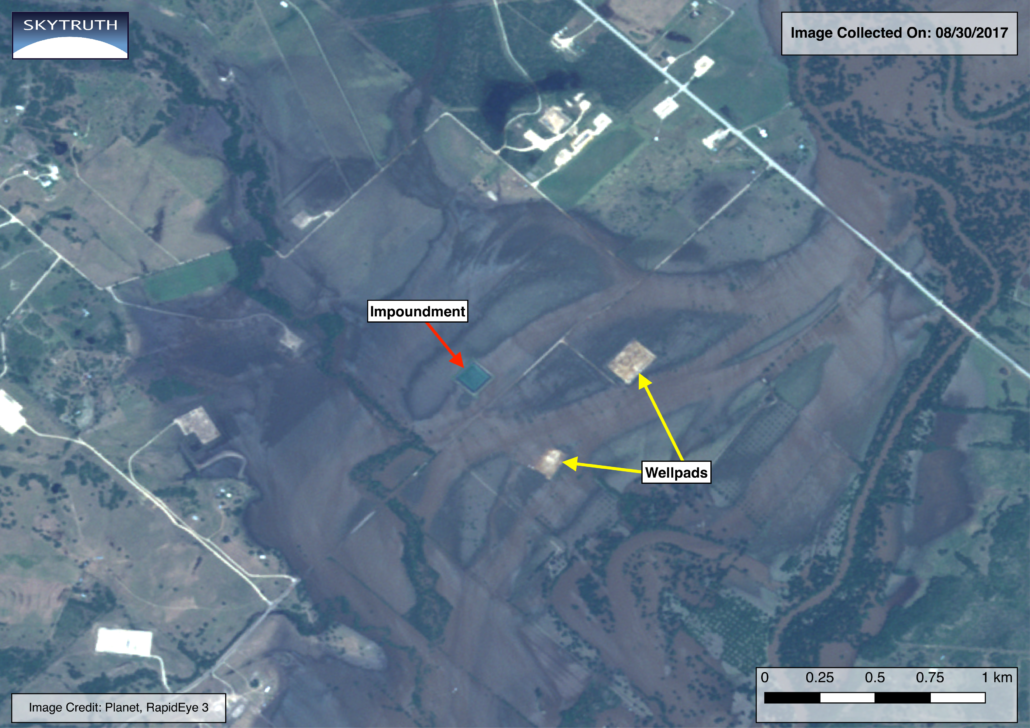 Site 2. Four flooded drilling sites and possibly a flooded drilling-related fluid impoundment two miles west of Hochheim. A low berm around the impoundment may have prevented floodwaters from entering. The operator for the wells is Burlington Resources O&G Co. LP. 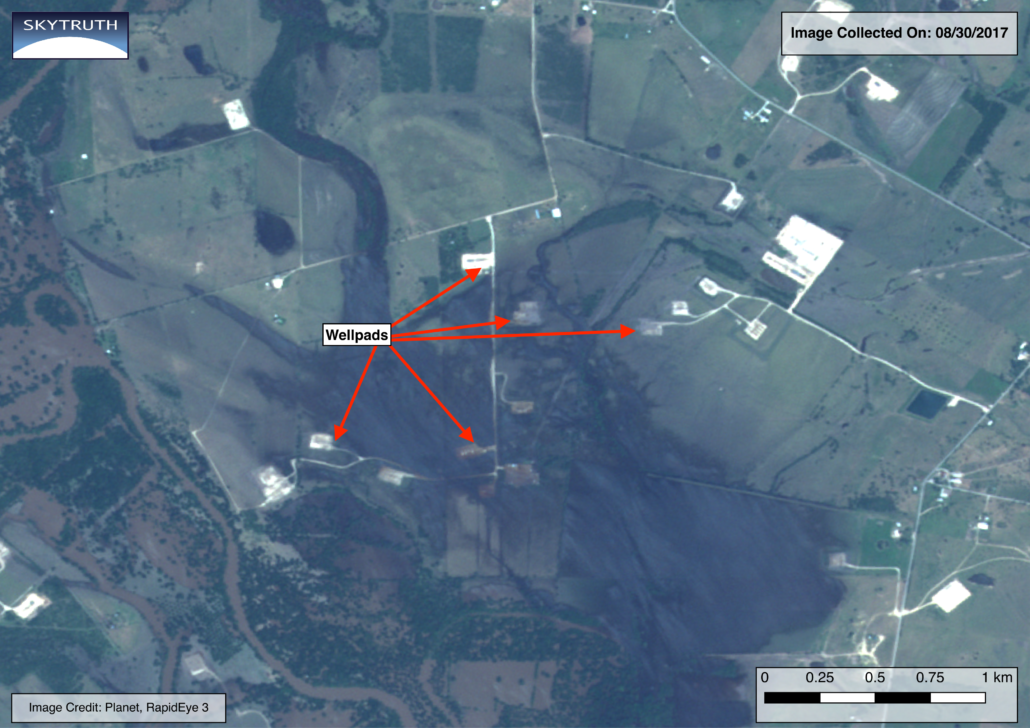 Site 3. Multiple flooded drilling sites approximately 1 to 1.25 miles west of Dreyer. The color of the flood waters here suggests a possible oil or chemical spill. The operator for the wells connected to this site is EOG Resources, Inc. 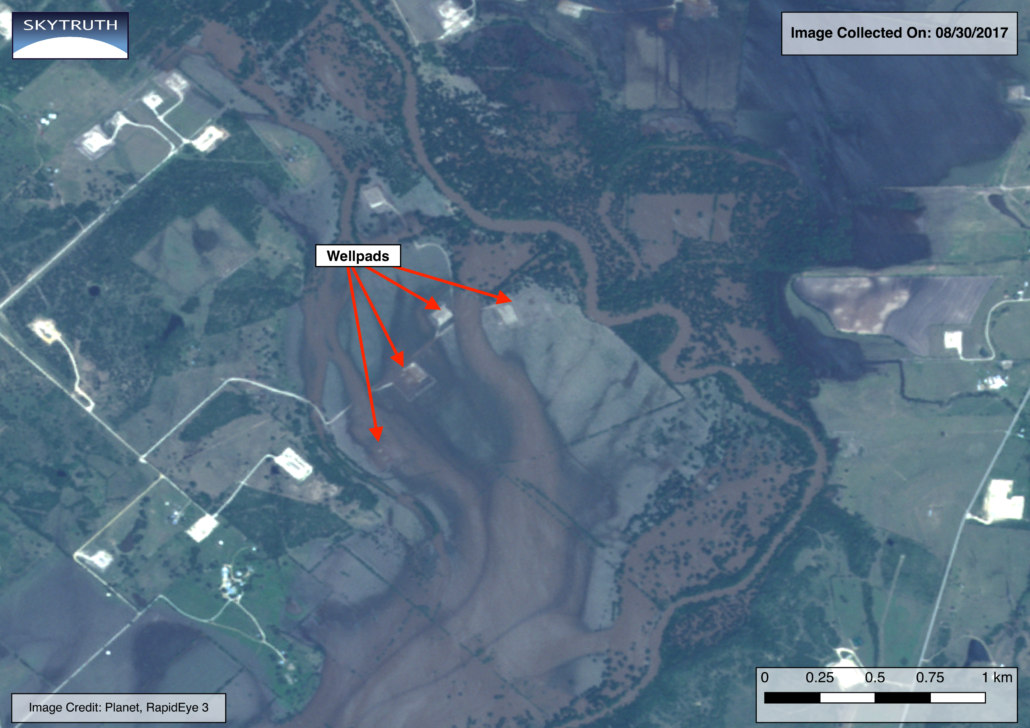 Drilling in floodplains is a risky thing to do. Placing storage tanks and open fluid impoundments in flood zones is especially ill-advised. Reports of oil spills caused by flooded storage tanks that have floated off their foundations suggest new regulations need to be enacted to ensure tanks are firmly anchored to their foundations. We saw similar incidents after the flooding along the Colorado Front Range a couple of years ago. Operators, please tie down those tanks!