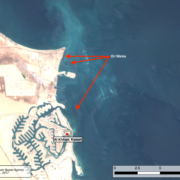 A large oil spill was reported on August 10th off the southern coast of Kuwait near the resort community of Al Khiran.

Sentinel-1 satellite imagery collected on the day of the spill shows a slick that covers 131 square kilometers. Based on our conservative estimate, assuming the slick is on average only 1 micron (1/1,000th of a millimeter) thick, this slick holds at least 34,590 gallons of oil. Early media reports of 35,000 barrels (=1.47 million gallons) seem far too high, based on how quickly the spill broke up and dissipated. 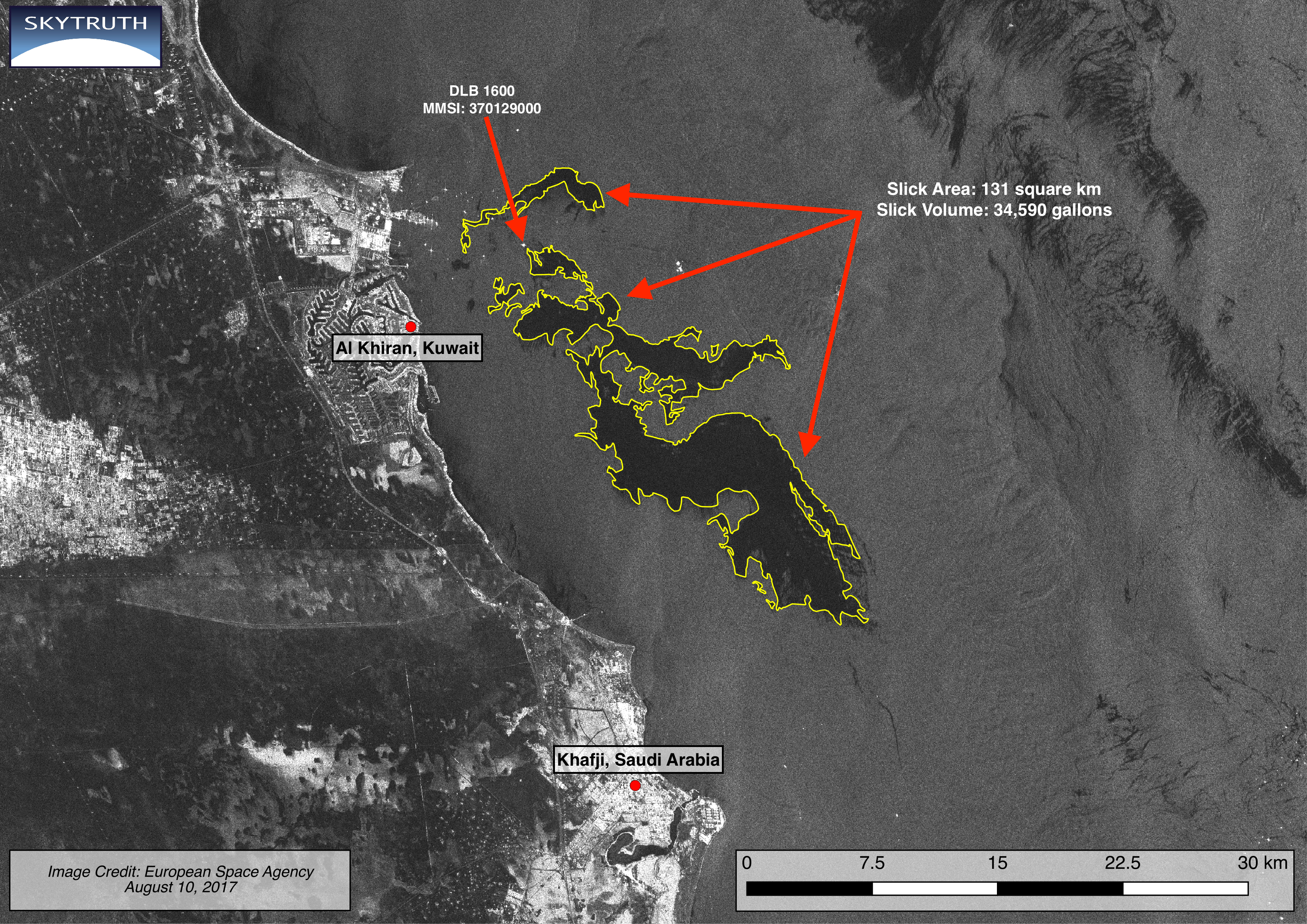 While the source and cause of this spill is uncertain, some have suggested it originated from a tanker offshore. Other reports speculate it is linked to the Al Khafji offshore oil field being developed by Kuwait and Saudi Arabia, which has pipeline infrastructure which runs to the shore. Operators deny the spill originated in their field.  At the same time the slick started, a pipeline laying vessel, the DLB 1600, was moving through the area. AIS data reveal this huge offshore construction vessel has been slowly moving eastward towards the infrastructure in the Al Khafji field for the past week, and on the 10th the DLB 1600 is visible on the Sentinel-1 image near the north end of the slick. One possibility we haven’t seen mentioned yet is the pipelay operation damaged some existing infrastructure on the seafloor — for example, an old pipeline still holding crude oil. The potential for anchor-dragging by the pipelay vessel to cause this type of damage is mentioned in this article describing plans to upgrade the DLB 1600 by installing dynamic thrusters; we don’t know if this upgrade has been implemented yet. By the 14th the DLB 1600 had closed to within 9 km of the Al Khafji field. 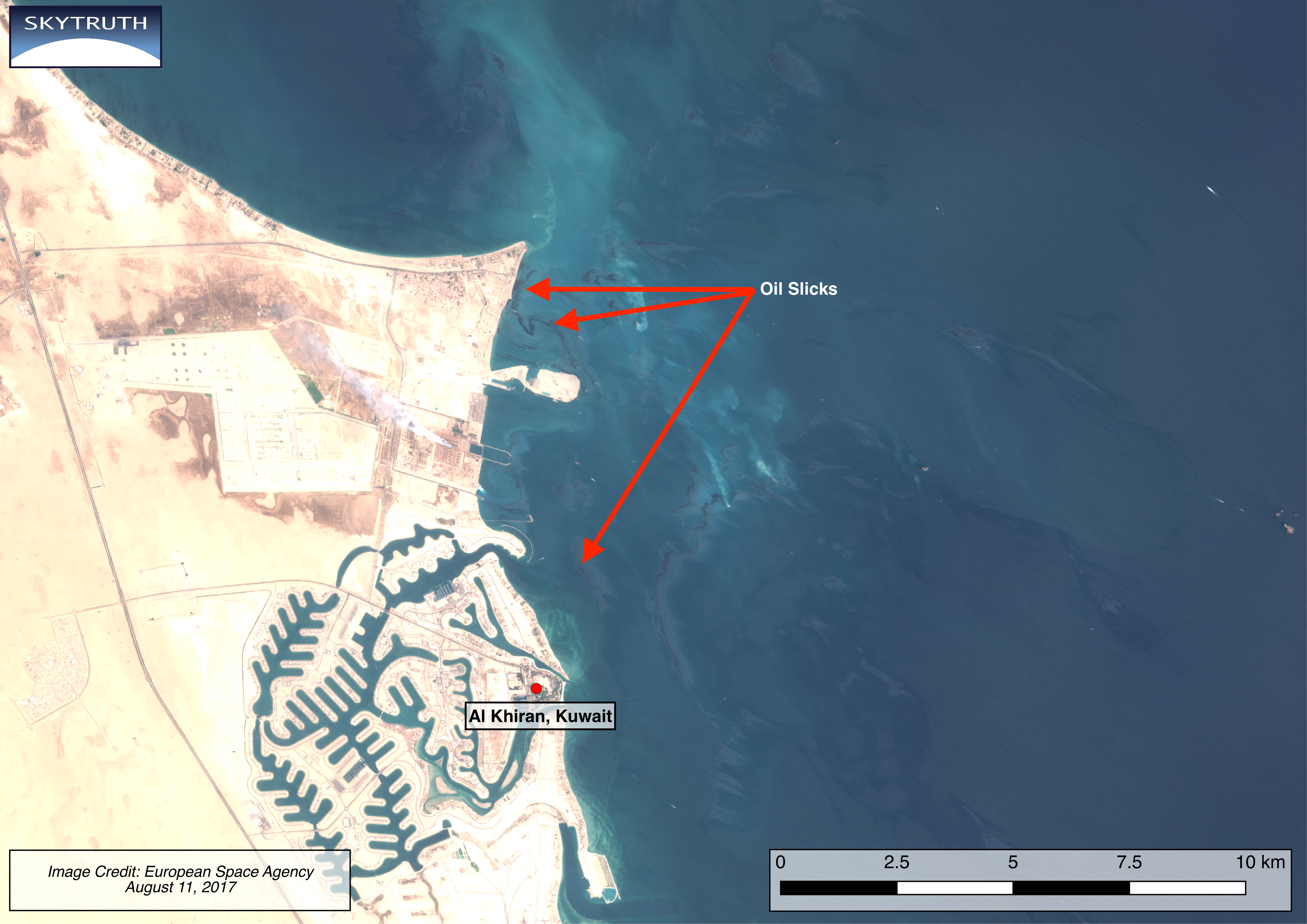 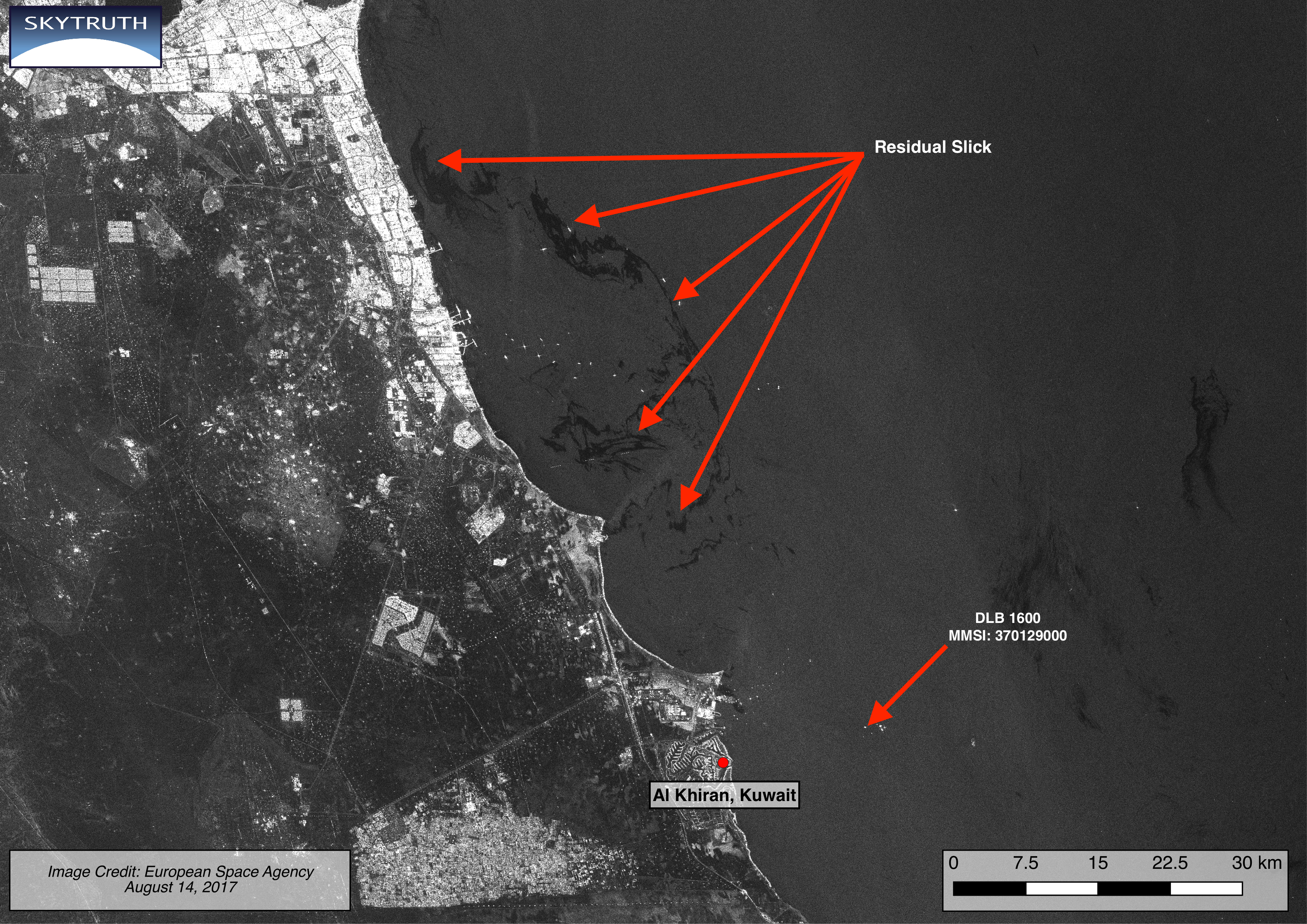 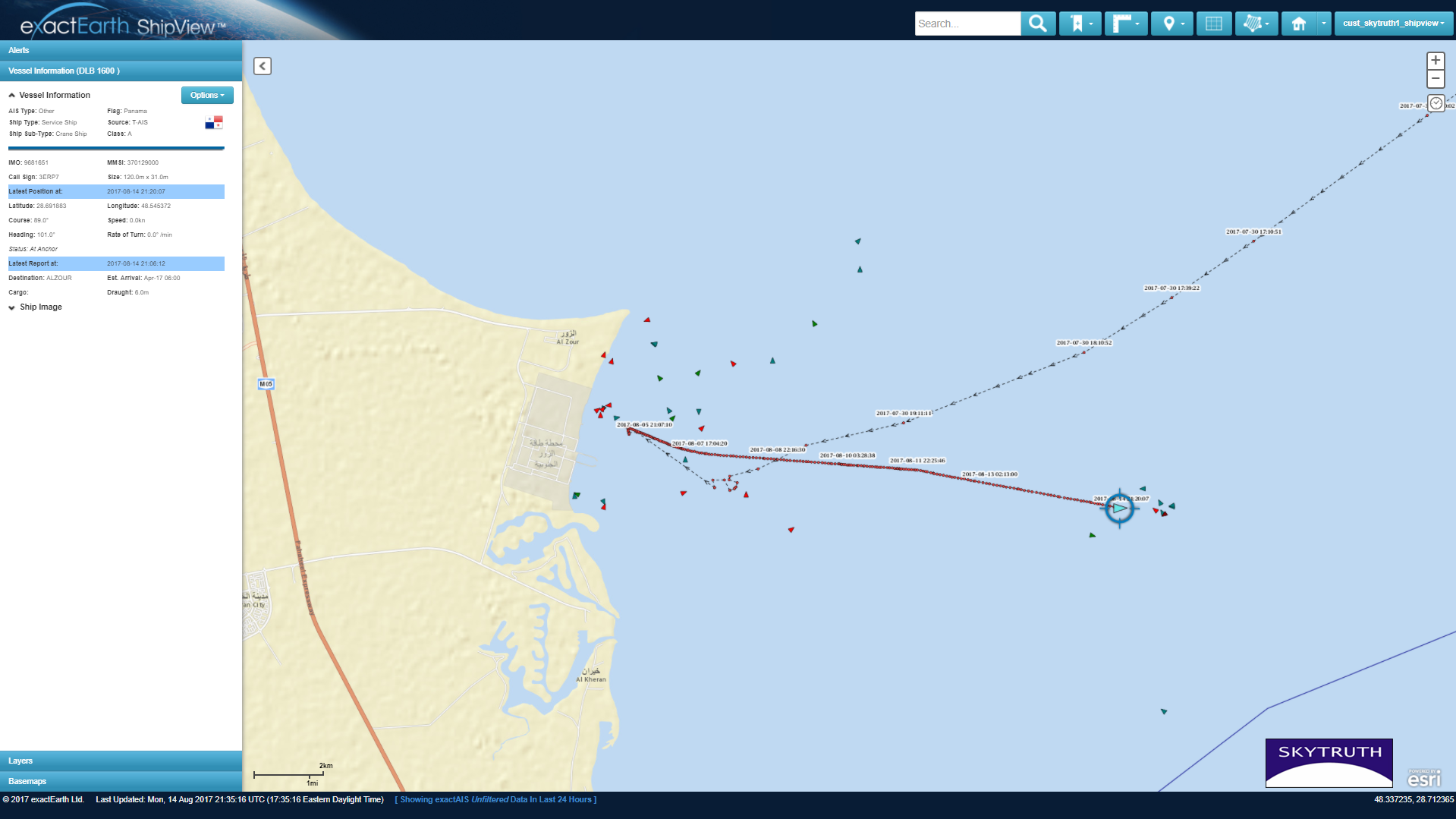 AIS tracking map showing the movement of pipelay vessel DLB 1600. The vessel has been moving slowly eastward since August 5, probably installing a new pipeline on the seafloor.

A second slick north of the first spill was reported today not far from where a huge $30 billion new oil complex is being built. Check out Business Insider’s short video for more context. We will update this post as new information becomes available.