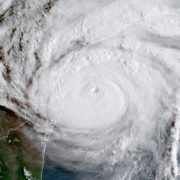 Hurricane Harvey is anticipated to strengthen to a category 3 storm as it reaches the Texas coast tonight through early Saturday, bringing high winds, coastal flooding, and torrential rains. Some areas could see 30 inches or more of rain —  the amount these coastal cities normally get in a year.

After hurricanes Katrina and Rita, we saw leaks and spills from dozens of pipelines and platforms offshore, and from damaged coastal facilities, that cumulatively amounted to at least 9 million gallons of oil. After Ike and Isaac, we saw similar leaks from drilling sites, processing and storage facilities, and petrochemical facilities inundated by flood waters resulting from sustained heavy rainfall. Forecasts for Hurricane Harvey suggest we may see similar problems as it moves ashore.

Christian developed the following map using Carto to show just how much oil and gas infrastructure is in Harvey’s projected path (in red). The green points below represent offshore platforms. The gray lines are pipelines. 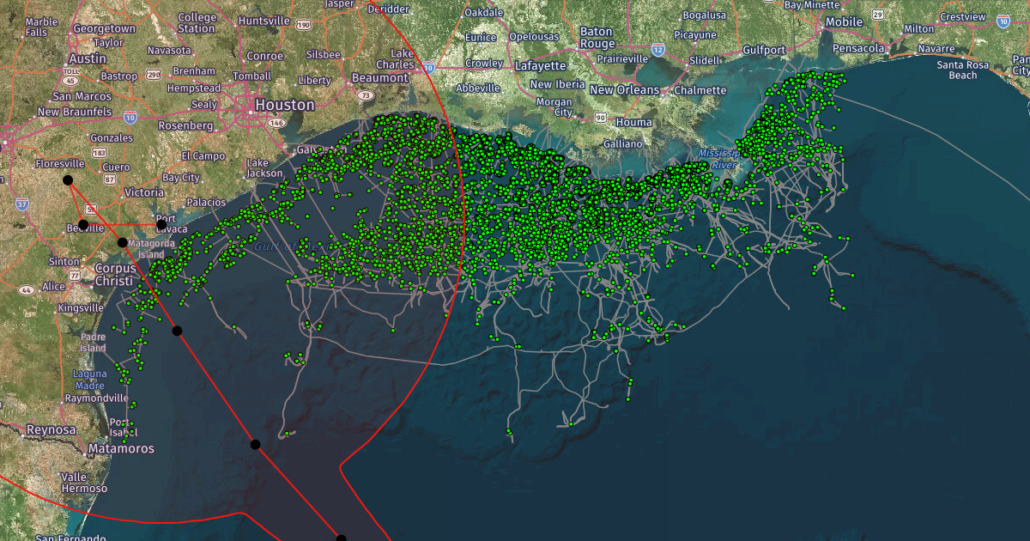 The black points on the map are the forecast center locations for Hurricane Harvey for the next few days, from NOAA’s National Hurricane Center (data downloaded at 2pm ET on August 24).  The red path connecting those dots is the predicted track of the storm.  The larger area enclosed in red shows the potential track area, indicating a high degree of uncertainty as the storm is predicted to stall over the coast after making landfall late Friday.  The green dots show the locations of offshore oil and gas platforms, and the gray lines show seafloor oil and gas pipelines; data from BOEM. View more detail on our interactive map here.

We will be monitoring Hurricane Harvey over the weekend and will be sharing more information as it becomes available. In the meantime, follow the latest radar here.