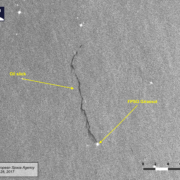 Angola has experienced rapid offshore oil development over the last two decades. Much of this development has taken place in offshore Block 17, described as Angola’s ‘Golden Block.’ It is made up of four major hubs – Girassol, Dalia, Pazflor and CLOV (the Cravo, Lirio, Orquidea and Violeta fields) – which were brought into operation between 2001 and 2014.

This image, collected on May 28th by the European Space Agency’s Sentinel-1 satellite, shows what appears to be an oil leak from FPSO Girassol, one of four floating production, storage, and offloading units (FPSO) operated by Total in Block 17. 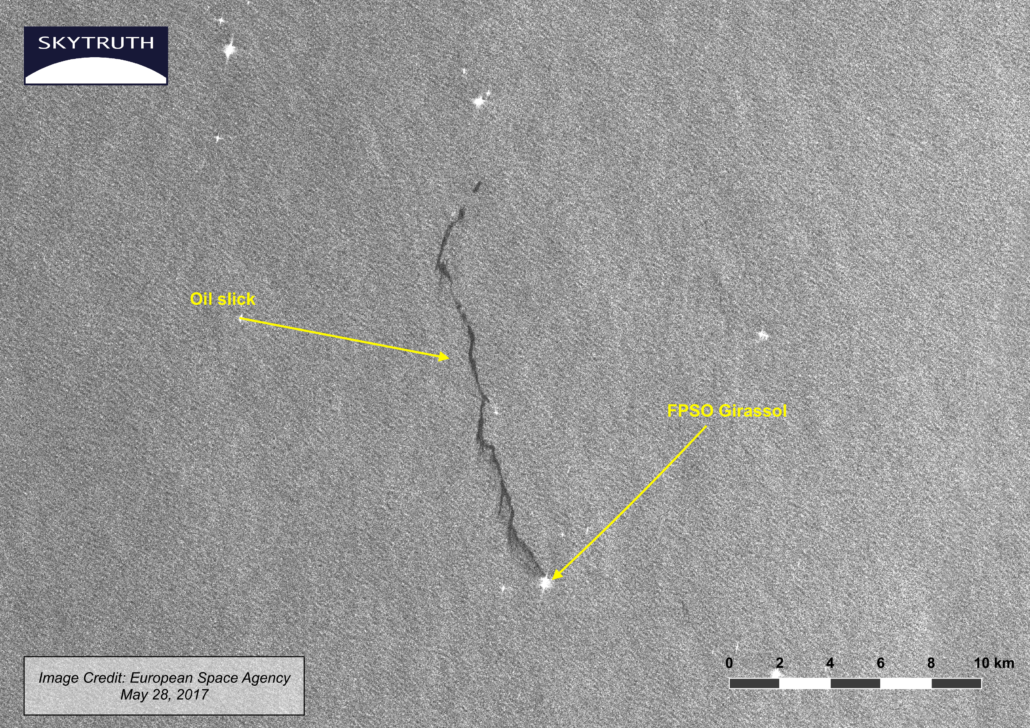 We also found what appears to be oil coming from the FPSO Girassol on May 16th and May 25th, suggesting that there may a chronic leak from the FPSO Girassol or one of the 39 wells and miles of pipelines that connect its two satellite fields – the Jasmim field, located about 4 miles away, and the Rosa field located nearly 9 miles away – and vast subsea production network. 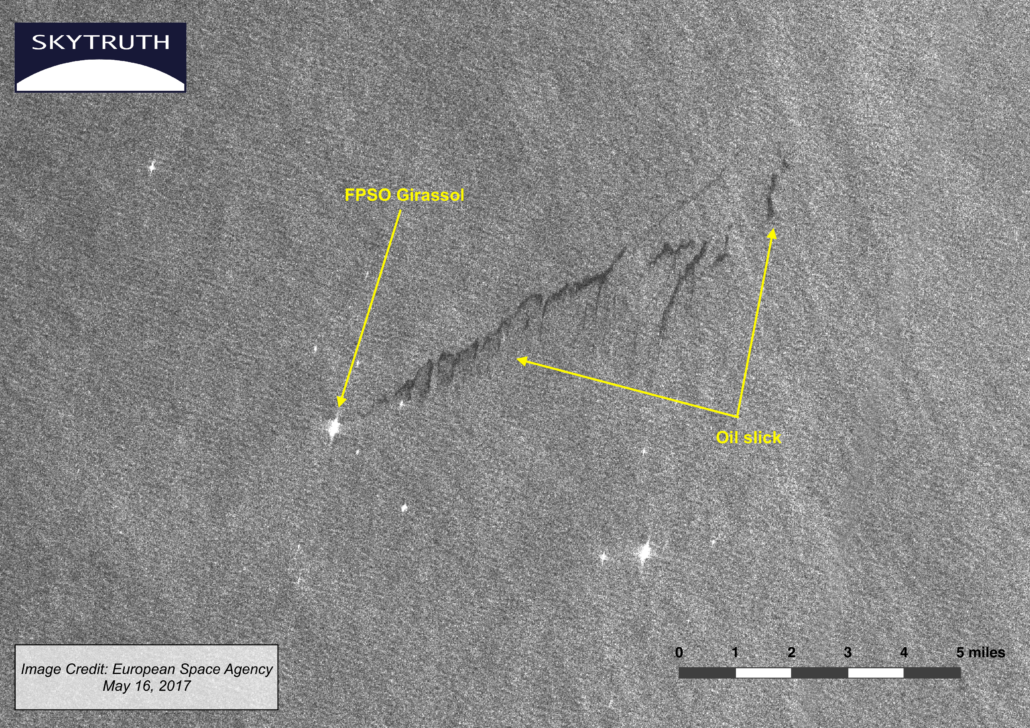 We’ll be keeping an eye on Block 17 and the Girassol Field as Total continues to ramp up production there – and in the ultradeep waters of Block 32 further offshore.