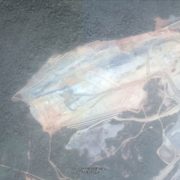 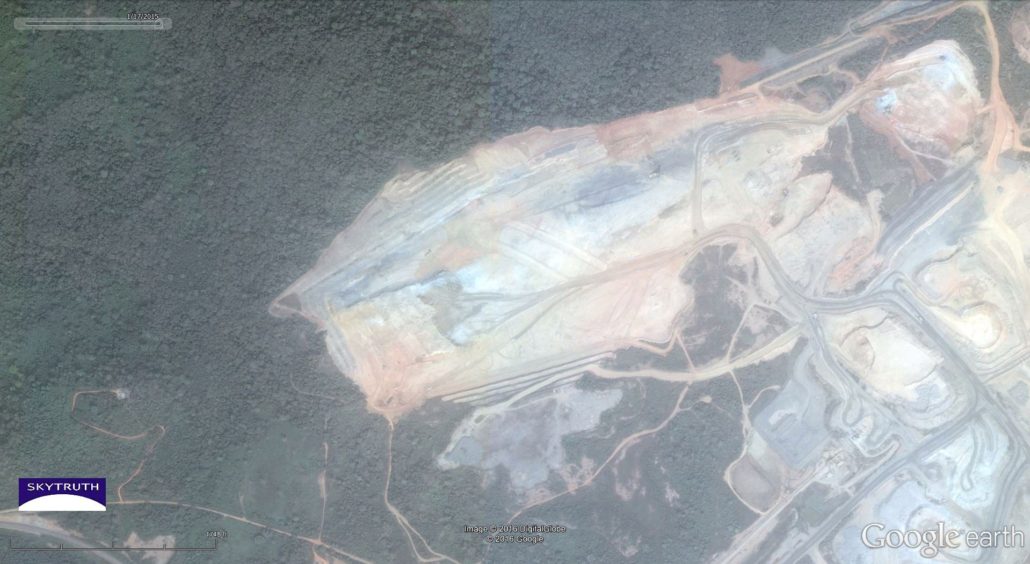 Gold mining chewing up a forest reserve in Ghana. Satellite image taken in 2015.

The government of Ghana has been giving permission to major multinational mining corporations to conduct surface mining operations, mostly for gold, in areas that had been set aside as forest reserves.  Imagery from Google Earth tells the tale of one of these large operations, the Akyem mine operated by Newmont, a Colorado-based company.  The rapid explosion in size of the operation is obvious.  What’s less apparent is the magnitude of the impact on the adjacent forest reserve.  (To be clear: the mining is obliterating the forest, like surface mining anywhere. But we can’t say how big an area of the reserve has been affected.) We don’t have reliable data defining the boundaries of the reserve, so we can’t quantify the destruction of protected forest due to mining activity.  If we can find GIS-ready data showing the reserve boundaries, we’ll update this post. 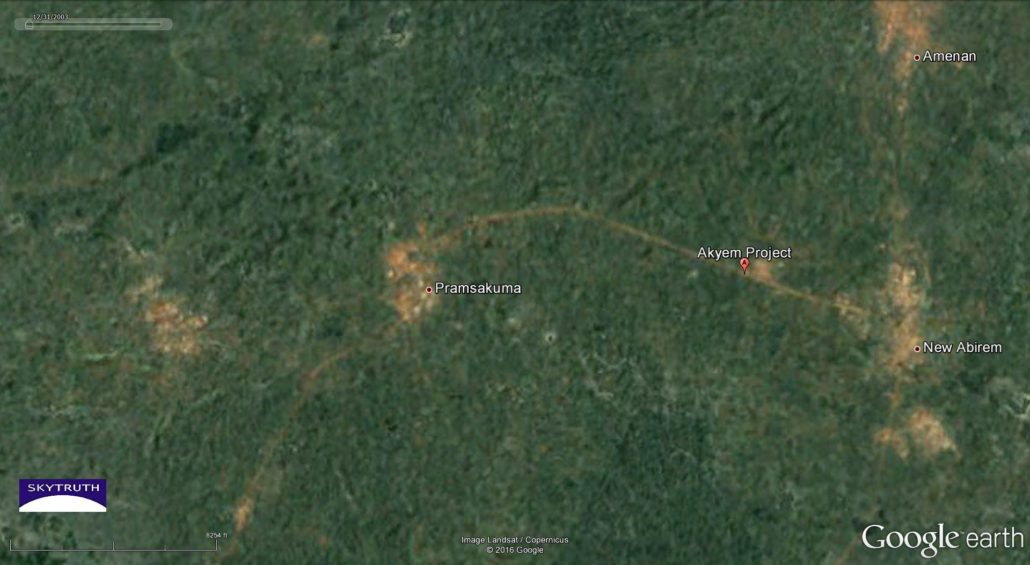 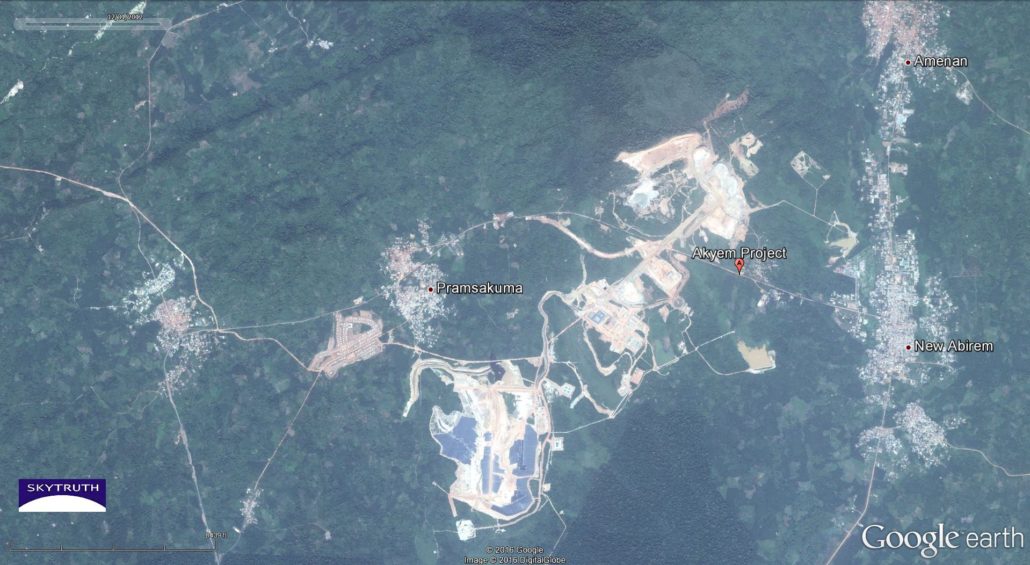 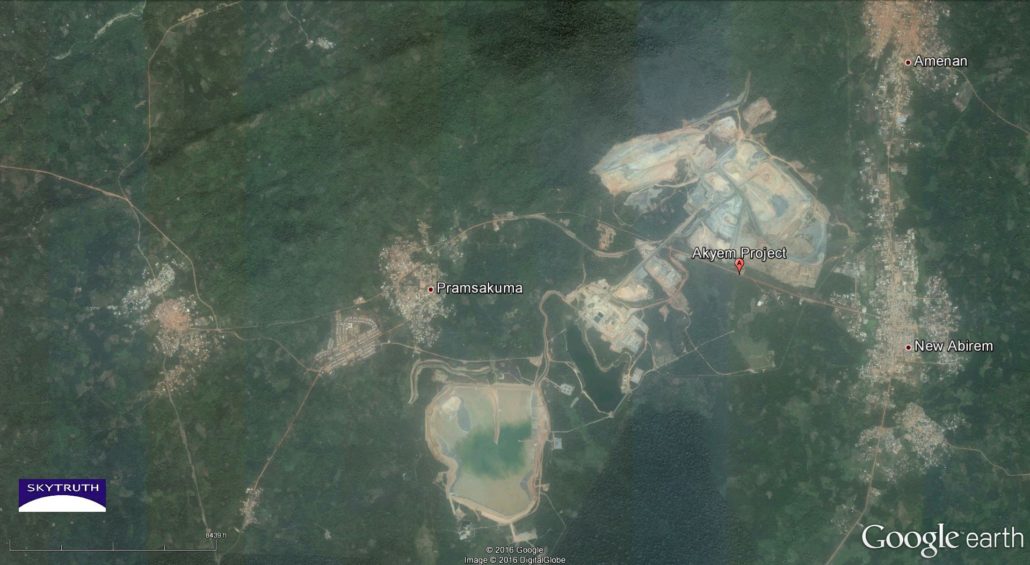 Akyem project area, 2015. The mining operation is 6.5 kilometers across and covers a total area of about 10 square kilometers.  High-resolution satellite image. Smoke, tropical humidity, and dust blowing out of the Sahara make it tough to get crisp imagery in sub-Saharan Africa.

Fracking: Coming to a Backyard Near You?