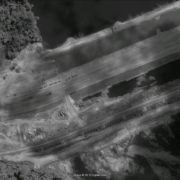 Big changes are happening in the Brazilian Amazon along a stretch of the Xingu River known as the Volta Grande (Big Bend), where it takes a detour to the south before turning back north to flow into the Amazon River. The region has experienced rapid growth and deforestation following the construction of the Trans-Amazonian Highway (BR 230 ) in 1972, as this pair of images illustrates: 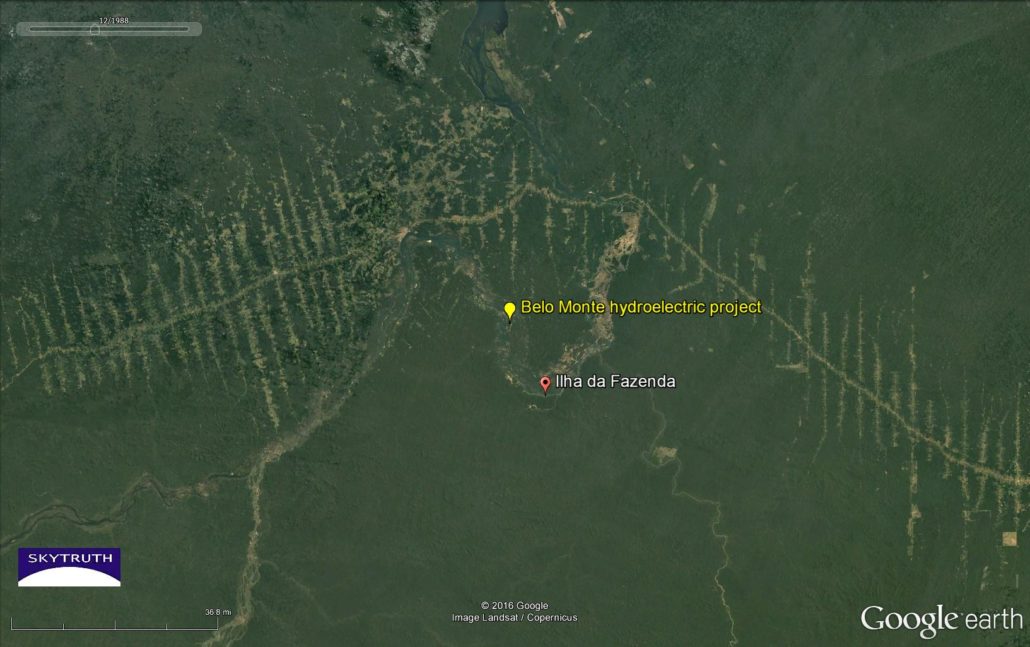 1988:  Satellite imagery showing the Volta Grande region along the Xingu River in Brazil’s Para state. Tendrils of deforestation reveal settlement reaching out into the rainforest along the Trans-Amazonian Highway, built in 1972. Site of the future Belo Monte hydroelectric project is marked for reference. Compare with 2016 image below of the same area. 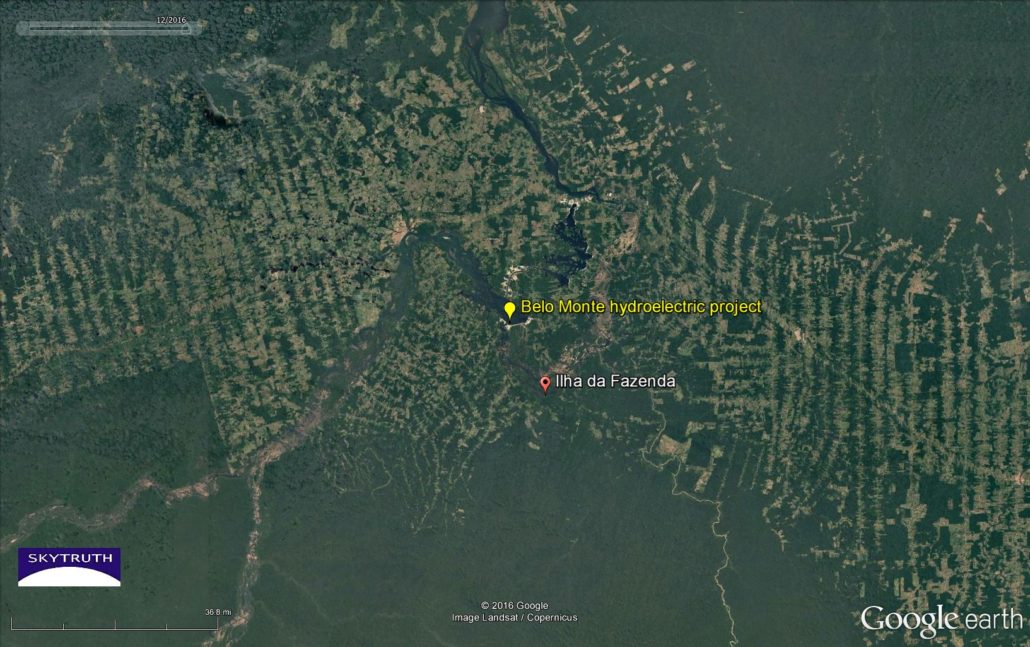 2016:  The same area as shown above in 1988. Considerable deforestation has occurred in the 18-year interval.

Small-scale gold mining has also occurred in this area over the past few decades, peaking in the 1980s. But now a major hydroelectric project, that became operational in 2015 and is still under construction, may be paving the way for a multinational mining company, Belo Sun of Canada, to propose a massive open-pit gold-mining operation.  Some local residents, already negatively impacted by the hydro project, are wary of the gold mining proposal: “I have seen mining companies elsewhere, they take all the wealth and leave craters. We have to think about it ten times over before accepting their projects.”

The mining operation is temporarily on hold, so there’s nothing yet to see.  But Google Earth does have high-resolution satellite imagery showing the construction of the hydroelectric project that may be a key part of the business plan for this mining project. 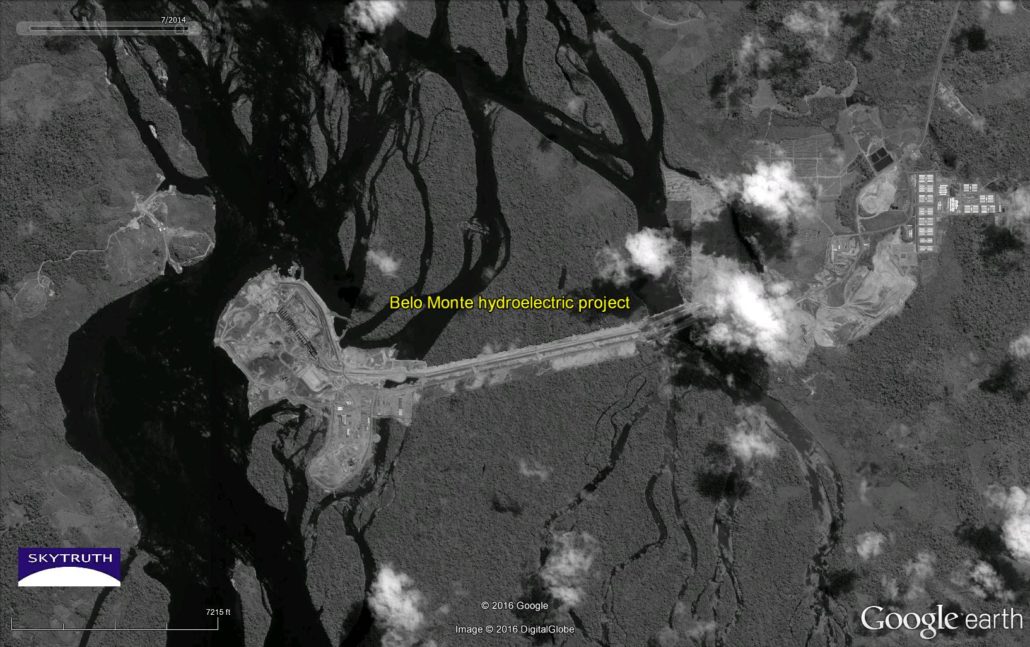 2014: High-resolution panchromatic (black and white) satellite imagery of the Belo Monte hydroelectric project under construction on Brazil’s Xingu River. Project became operational in 2015. Compare with 2010 image below of the same area. 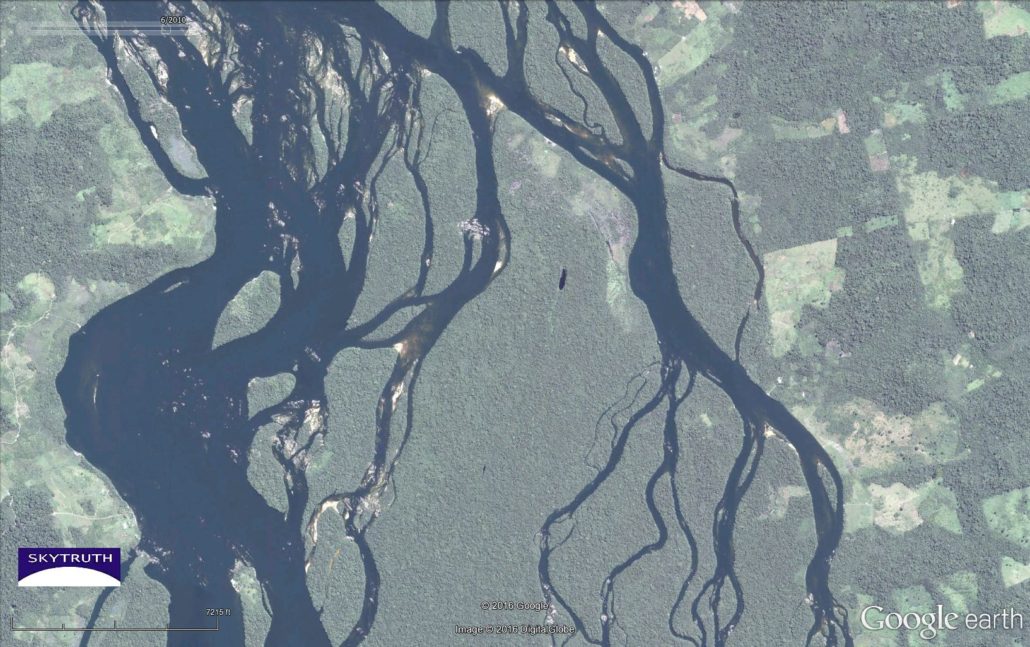 2010: High-resolution satellite imagery showing the site of the future Belo Monte hydroelectric project. Compare with 2016 image above of same area.

As we can see from the detail below, showing a line of trucks at work on the dam in 2014, this is a huge project. And the development sequence illustrated so clearly in this area shows that one big project begets another — from highway, to hydro, to mine. 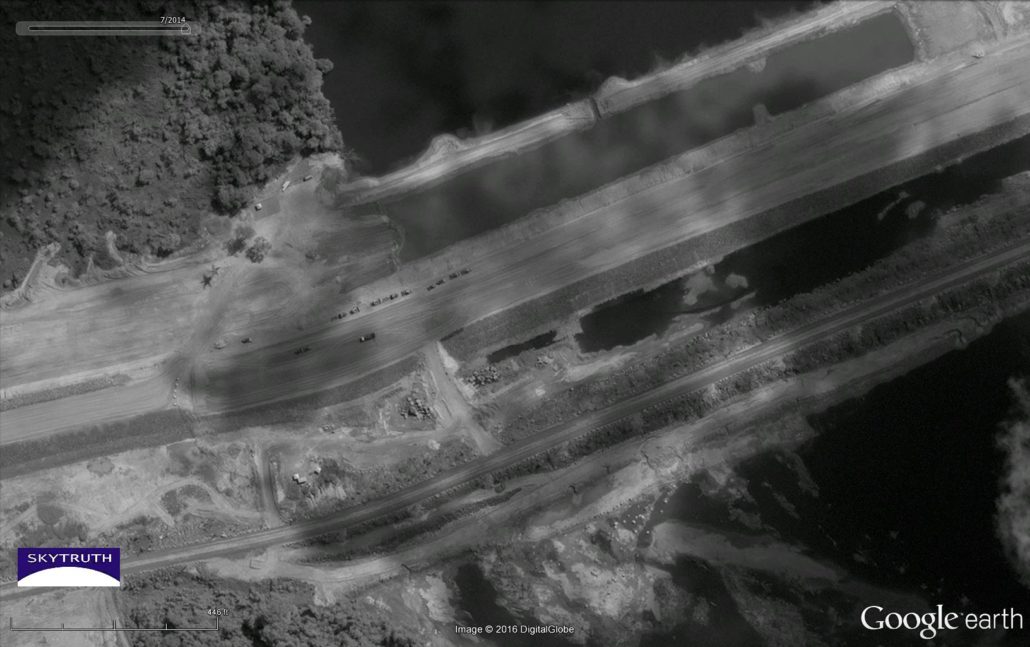 Detail from 2014 satellite imagery showing trucks at work on part of the Belo Monte hydroelectric project.

The influx of people that results is inexorably transforming the Amazon rainforest.

A Closeup Look at Leasing and Drilling: Allegheny County, Pennsylvania
Scroll to top