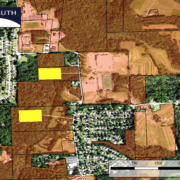 Up to this point, Allegheny County in southwestern Pennsylvania has been mostly spared from much of the fracking boom spanning that state. This may change however, as oil and gas companies have been systematically leasing property around the county for potential drilling.  Usually it’s hard to get a handle on the magnitude of this threat, since leases on private property are generally difficult to discover.  Fortunately for the public (us included), our friends at FracTracker Alliance built the Allegheny Lease Mapping Project: an interactive online map showing land parcels leased or contracted to oil and gas companies.  Individual parcels of land that have been tied to oil and gas records can be selected to pull up a variety of information about that parcel.  Users can explore the map to see where a parcel of leased land is located relative to homes, schools, bodies of water, parks, and other sites of interest. This tool is meant to help citizens, communities and policymakers make informed decisions about zoning, land use, and future oil and gas development in the region.

We thought it would be useful for folks to see where all the oil and gas leases are in the county, relative to the Marcellus Shale gas drilling and fracking that has already happened.  FracTracker graciously provided their dataset, and we filtered it to only show parcels tied to an “active” lease.  Here is the result.  Properties with an active lease are displayed in green. Those that have experienced some drilling activity since the Marcellus boom began a decade ago, are shown in red:

Active leases (green) in Allegheny County, PA. Active leases that have experienced some drilling activity since 2005 shown in red. Click to enlarge.

Though much of Pennsylvania that overlies the Marcellus Shale has seen extensive fracking development, most of Allegheny County hasn’t yet had any of this modern drilling with hydraulic fracturing. But the large area under lease should give residents throughout Allegheny County some concern:  a significant amount of drilling could be in their future, and drilling sites could be built uncomfortably close to where people live and work. The average size of a well pad is 3-5 acres, potentially bigger than a football field or even the deck of an aircraft carrier. In this illustration, hypothetical well pads and access roads (shown in yellow) are placed over existing leases in the northeastern portion of Allegheny County that have not yet been drilled (orange). Many of the leases come close to, or overlap with, existing residential areas:

A portion of northeastern Allegheny County showing active oil and gas leases in orange that have not yet been drilled, in an area of mixed residential, forest, and agricultural land use. Hypothetical drilling sites (“well pads”) and access roads are shown in yellow. Click to enlarge. 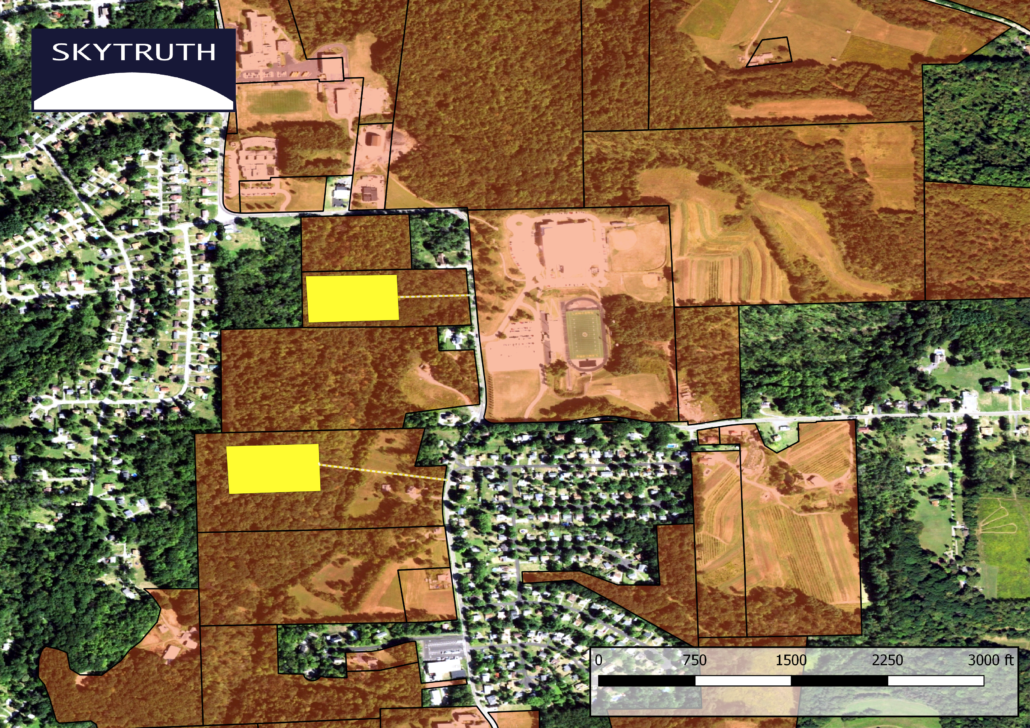 Detail from above, showing potential proximity of large industrial drilling sites to homes and a school. Click to enlarge.

In the close up above, we see that a potential well pad of typical size dwarfs the high school and football field only 1200 ft away. During drilling the neighborhoods nearby would have to cope with health, safety and lifestyle impacts associated with round-the-clock noise, heavy truck traffic, and degraded air quality, in addition to the longer-term potential for surface and ground water contamination caused by accidental leaks and spills.

It’s our hope that by making this hard-to-access leasing data easily available, folks in Allegheny County will be enabled and inspired to take action to protect their communities.  A big tip ‘o the hat to FracTracker for building and sharing the lease dataset.

SkyTruth CTO: Paul Woods
Scroll to top
SkyTruth and/or its third party tools use cookies to monitor traffic in the aggregate on our websites and applications and to improve user experience. If you continue browsing, we'll assume you agree to the use of cookies. You can change your cookie settings at any time in your browser settings. Find out more in our privacy policy.