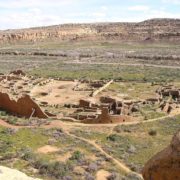 Approximately 20 miles from Chaco Culture National Historical Park lie 4 parcels of public land. These parcels have a combined size of 843 acres, and on January 21st, 2017 the oil and gas drilling rights to these parcels were auctioned off to drilling companies by the US Bureau of Land Management for $2.93 million. New Mexico has a total land area of 77,816,960 acres. These 843 acres correspond to a whopping 0.00108 % of the state’s total area, just a small drop in the bucket.

The Bureau of Land Management provides data on all the leases of fluid mineral rights (oil and gas) which have been issued since 1929. At the time of sale, the most recent data from the BLM was listed as last updated on December 1st, 2016 (you can access the data here, it has since been updated). At that time the BLM database showed that 4,498,543 had been leased. The sale of these 4 parcels brought the total to 4,499,386 acres. That is 5.782% of New Mexico’s total land area. 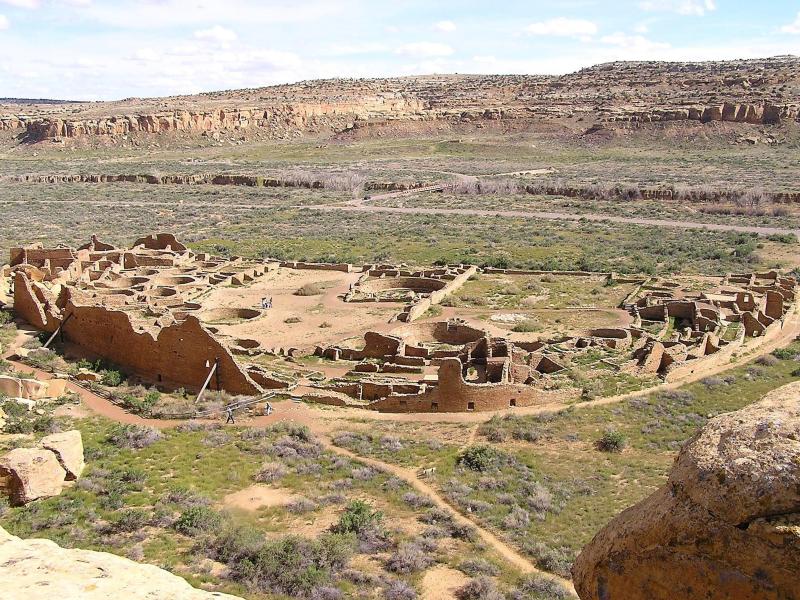 The impact of drilling — the 24/7 noise, lighting, dust, diesel fumes, air pollution, heavy truck traffic, and the risk of spills and other accidents that can pollute surface and ground water — goes well beyond the boundaries of the lease parcels. So the location of these leases matters. Chaco Canyon is a place of deep cultural and historical significance, anchored by the ruins of the massive Pueblo Bonito housing and ceremonial complex dating to the mid-800’s CE. The Navajo Nation recently joined with multiple tribes represented by the All Pueblo Council of Governors to call for a halt to leasing in the region.

Let’s take a virtual tour of the oil and gas leasing near this uniquely special place. Is it too close for comfort?

This video is a simulated Flyover of Chaco Culture National Historical Park and a set of nearby Oil and Gas leases which were auctioned off in January of 2017. The park is displayed in green, the auctioned leases in red. The video also denotes the location of several existing oil and gas wellpads using red arrows, and closes by showing the extent of existing oil and gas leases in the state of New Mexico.

For a “real” flyover tour of the park and the drilling around it, check out this video from our friends at EcoFlight.

Oil Spill in the Persian Gulf

Bilge Dump? in Gulf of Mexico
Scroll to top