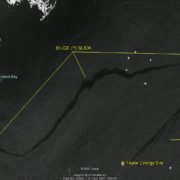 Probable oil slicks on this Sentinel-1 radar satellite image, taken over the Taylor Energy site in the Gulf of Mexico at about 7:30 pm local time on February 14, caught our eye: 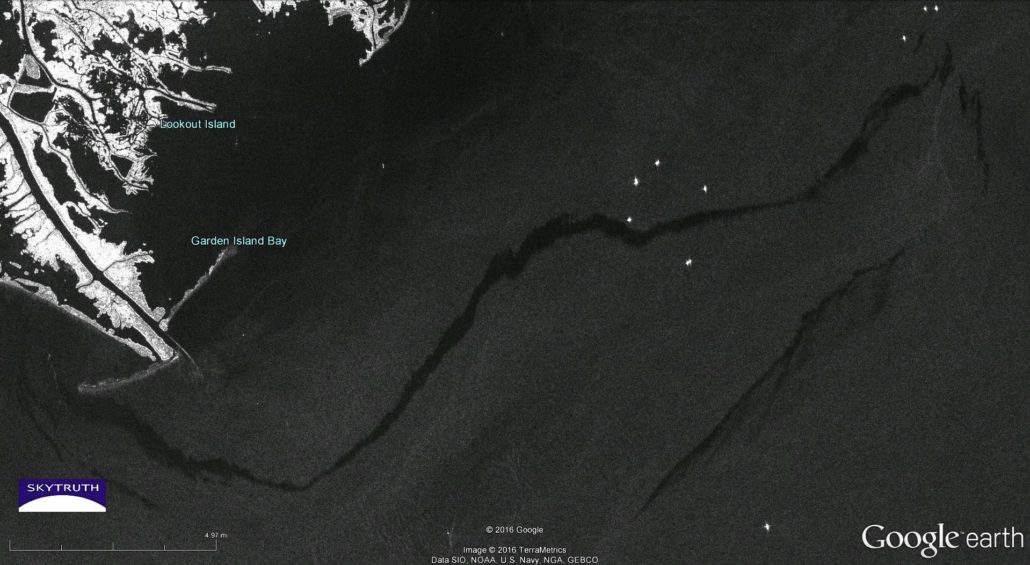 As usual, we can see a 9-mile-long slick emanating from that chronic oil leak that has been spilling oil continuously since 2004. The Taylor slick is drifting straight to the northeast away from the leak source on the seafloor.  But the image is dominated by a thicker-looking 28-mile-long slick closer to shore. It seems to almost hook up with the Taylor slick on it’s east end, suggesting it could be a major continuation of the Taylor slick.  This would make it one of the biggest slicks at Taylor we’ve ever observed; and if it is the Taylor slick, it makes a very unusual 180 degree turn.  That’s possible, given the complex currents:  outflow from the Mississippi River meets eddies spinning off the Gulf Stream, creating strong horizontal “shears” where the current on one side can be moving in a very different direction than on the other.  But there may be a simpler explanation: this could be an oily slick caused by intentional bilge dumping from a moving vessel.  Based on how the slick appears to be more pushed around by wind and current as you follow it back to the east, I’m guessing the vessel was moving from east to west, working its way around the tip of the Mississippi Delta parallel to shore. 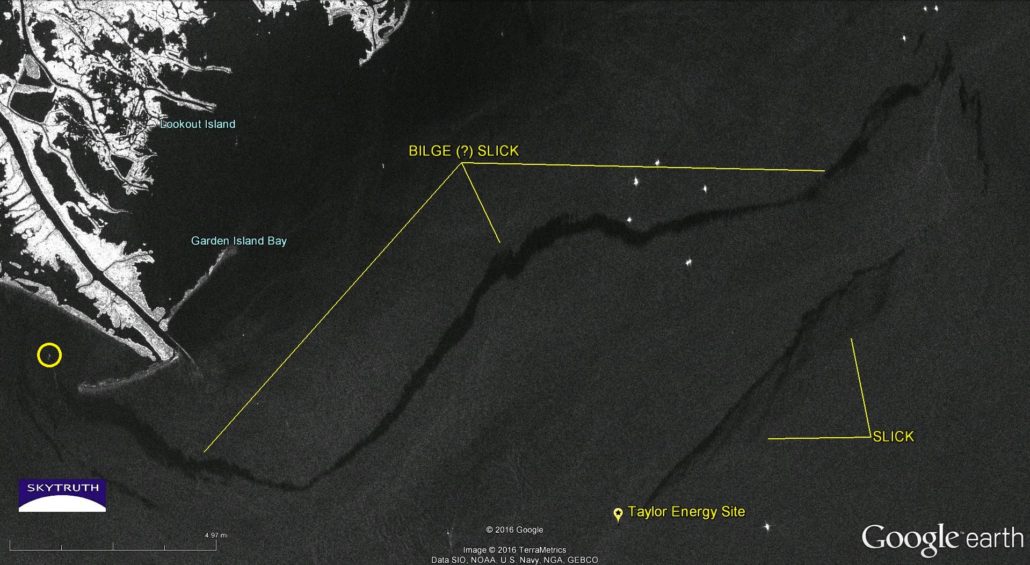 Dumping oily bilge is illegal in US waters, and we don’t often see this here — although it is a big problem elsewhere.  In this case, checking against our daily stream of Automatic Identification System (AIS) ship-tracking data, we haven’t been able to identify a possible culprit. There is a small bright spot near the west end of the slick that is probably a small vessel — there are no platforms or other structures at this location. This could be the culprit.  But it wasn’t broadcasting an AIS signal. 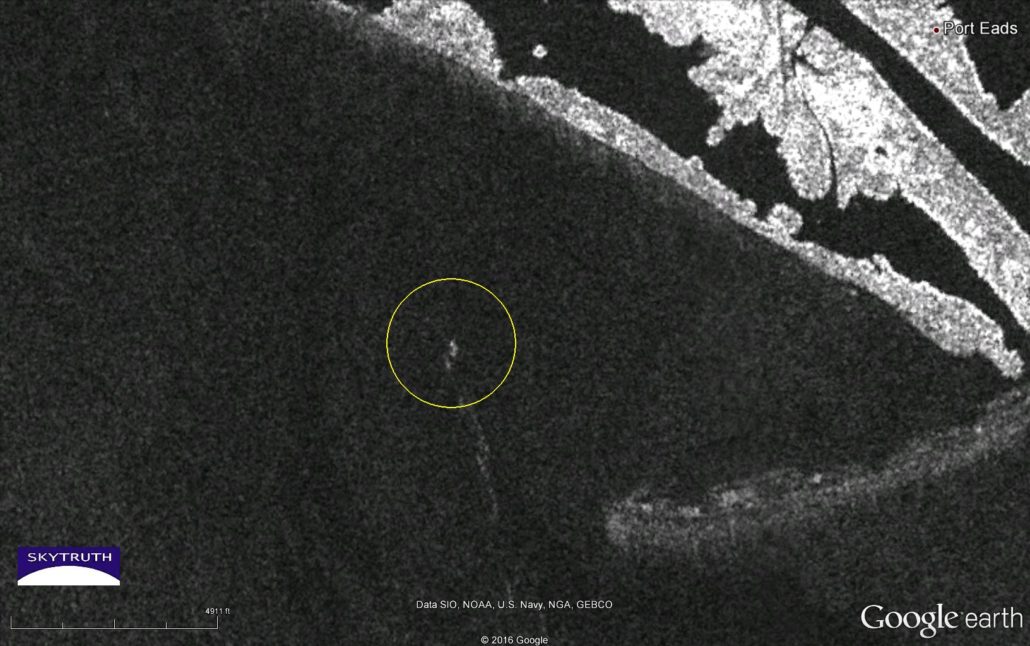 Mountain Top Removal in Appalachia: What’s in your backyard?
Scroll to top