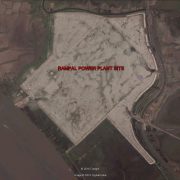 The Sundarbans: a near-mythic landscape of forest and swamp, byzantine river channels and tidal mud flats, one of the last strongholds of the highly endangered Bengal tiger. Straddling the border separating India and Bangladesh, this impenetrable wilderness spans the mouths of the Ganges River as its broad delta meets the stormy Bay of Bengal in the Indian Ocean.  This is one of the special places on earth that is recognized as a World Heritage Site by UNESCO.  That’s why concern is mounting over the construction of a new coal-fired power plant just upstream in Bangladesh, near the town of Rampal. One of the world’s poorest countries, Bangladesh needs stable sources of electricity to improve the general standard of living. But the location of this power plant is problematic. It’s being built along the bank of a distributary channel of the Ganges, one of the world’s biggest rivers, prone to regular flooding.  It is essentially at sea level, in a region routinely thrashed by strong tropical cyclones that push massive storm surges up those channels and far inland.  As global warming pushes up sea level, and is predicted to make tropical storms more intense, these problems will only get worse. (Irony alert: much of the global warming that imperils low-lying island nations and coastal nations like Bangladesh is a due to CO2 emissions from… coal-fired power plants.)

UNESCO spells out the risks to the Sundarbans in this report. Air pollution and fly-ash deposition downwind will impact the mangrove forests and alter the chemistry of surface waters; onsite storage of coal-ash in such a flood prone area poses a significant risk of water contamination (as we’ve seen here in the US, with a massive coal-ash spill in Tennessee and currently ongoing spills caused by flooding in the wake of Hurricane Matthew); and the transport of coal by large cargo ships increases the possibility of large oil spills, as we observed when two ships collided in the Sundarbans in December 2014.

We thought we would take a look at the Rampal power plant site using Google Earth to show what’s happening as the construction progresses: 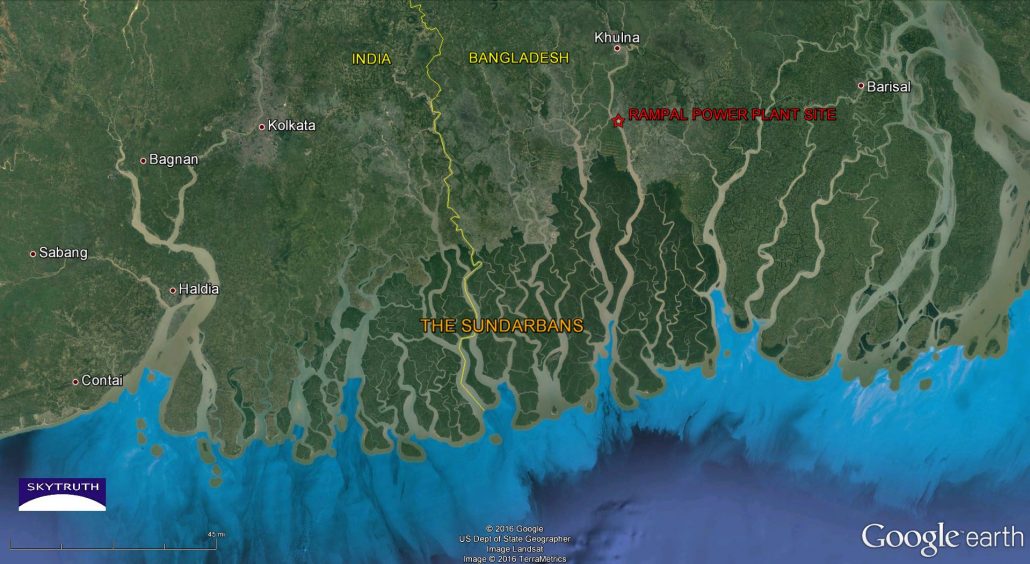 Location of the Rampal coal-fired power plant in Bangladesh, currently under construction. The remaining intact mangrove forests of The Sundarbans are dark green. 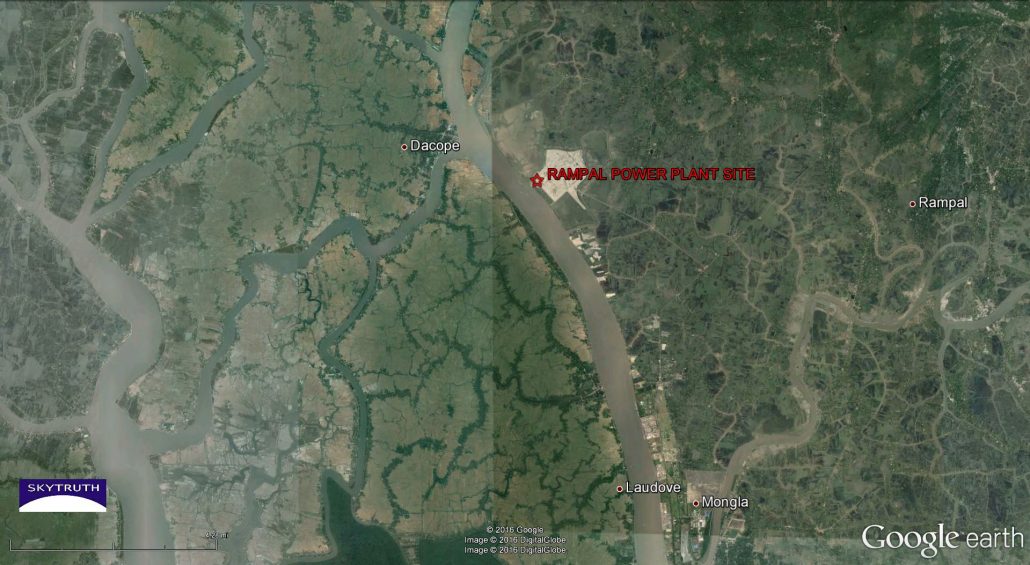 A closer look at the Rampal power plant site, on the eastern bank of a distributary channel of the Ganges River. 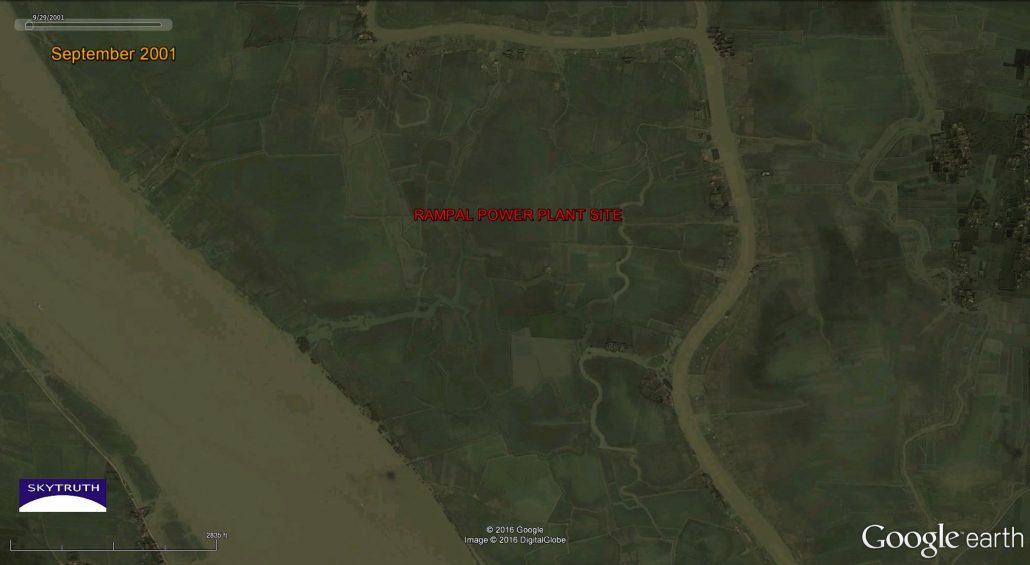 Detail view of the Rampal site as it appeared in 2001, prior to any construction activity.  See time-series of matching views below. 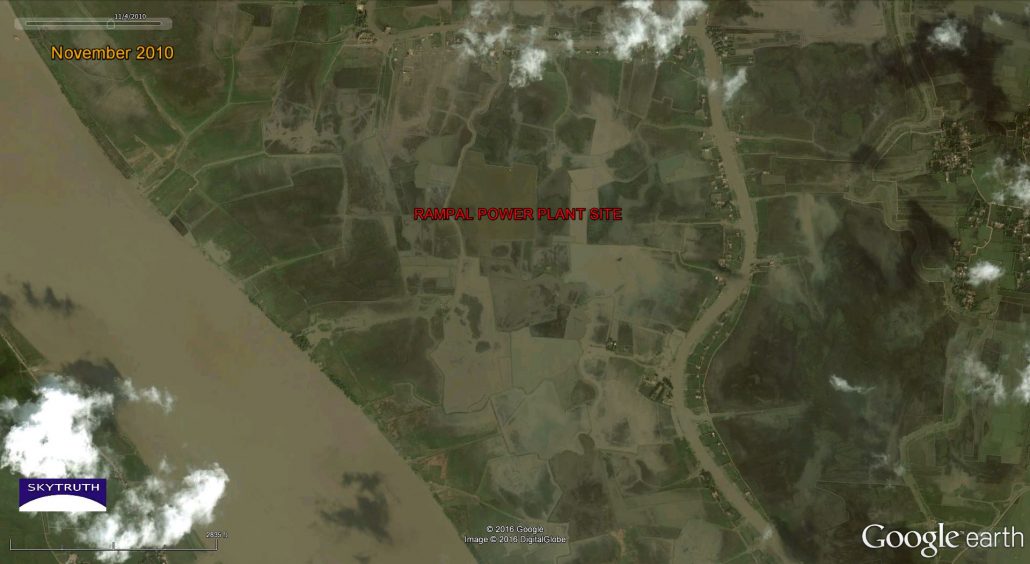 Rampal site in November 2010, prior to construction activity. Note that most of the area is flooded. 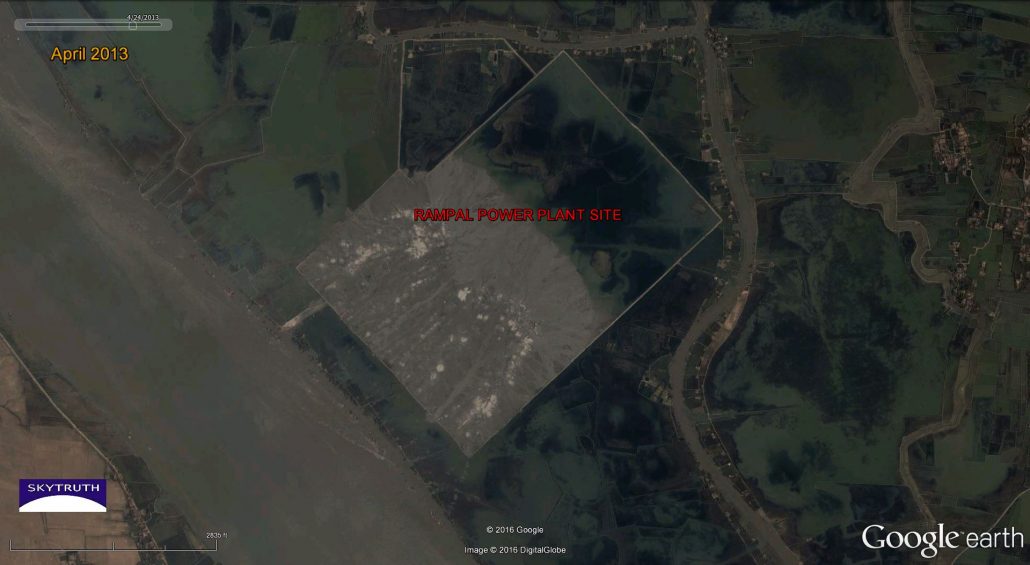 Rampal site in April 2013. Construction activity is underway. Fill material (light brown) is being used to build up the site. 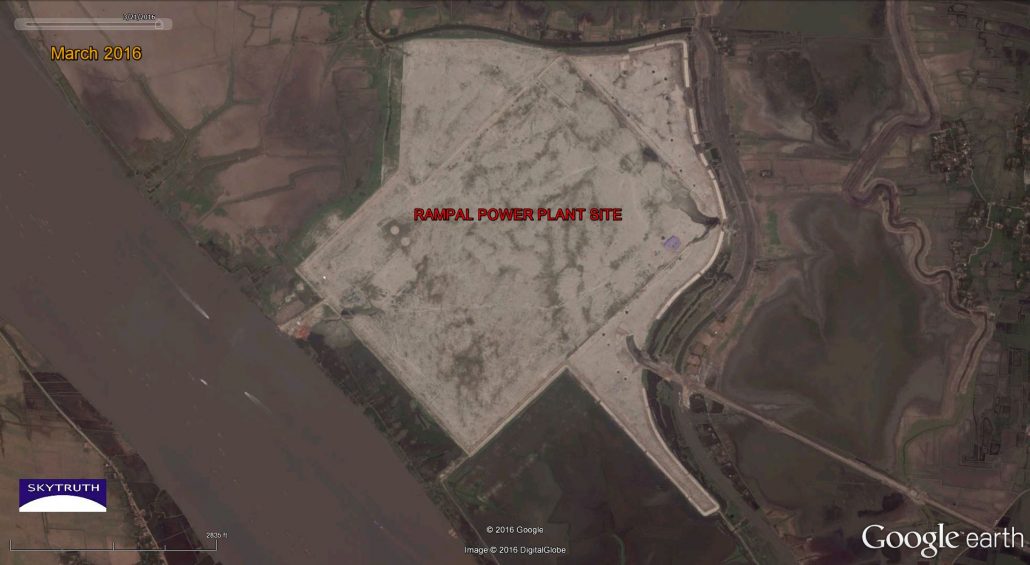 Rampal site, March 2016. Fill material has been added to elevate and level the site, and levees (?) (bright strips?) are apparently being added along the perimeter. 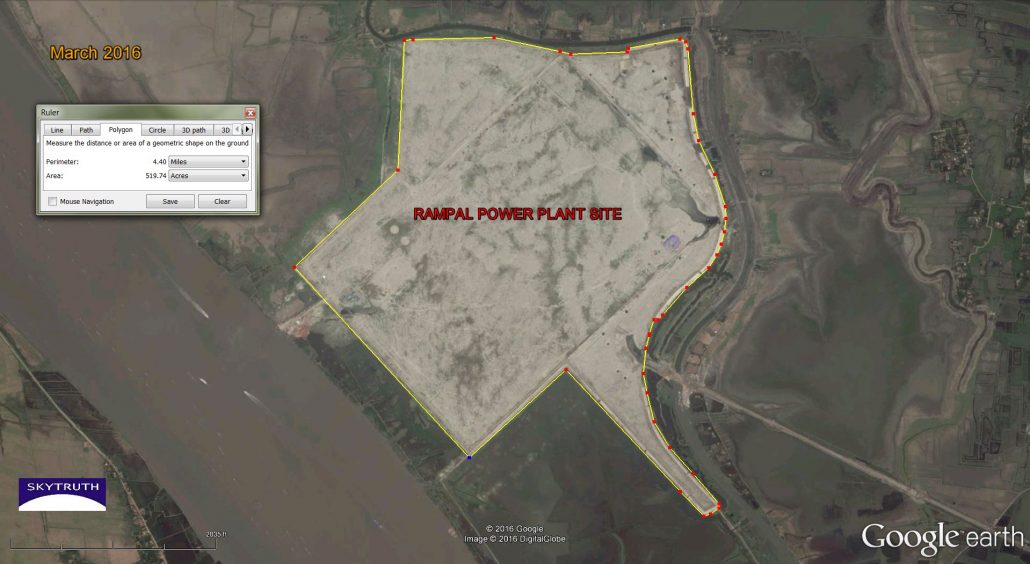 A Productive Week in Shepherdstown