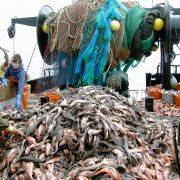 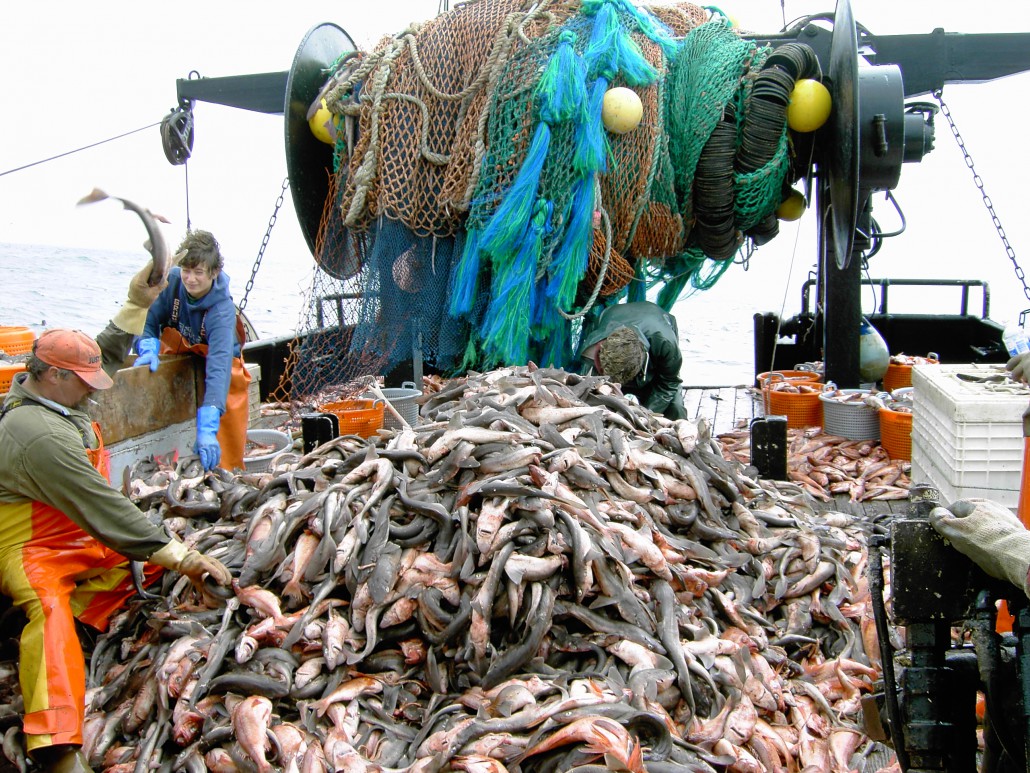 On dry land, ecologists and conservationists can map our human footprints on the landscape. We can see deforestation, mountaintop removal, river damming and development, and it is relatively easy to recognize our impacts on an ecosystem and the plants and animals that live there.

In the ocean, our impacts are less tangible. Water covers more than 70 percent of the surface of the globe and its resources are exploited as vigorously as those on land. Yet our footprints are lost to the ripples and waves. The effects of our exploits lie beneath the surface in a three-dimensional, liquid “landscape” that remains out of sight and far from reach.

Satellite tracking technology and big-data processing are helping solve that problem by allowing us to see and record the tracks of ships on the ocean. This week, a new study released in the journal PLoS ONE brings finer resolution to our newly developing view of how humans are using the seas. Researchers from Dalhousie University in Halifax, Nova Scotia have developed distinct methods for identifying the activity of vessels fishing with three different types of gear.

Commercial fishing vessels regularly broadcast their positions to satellites via an Automatic Identification System (AIS). By plotting these signals on a map of the ocean we can recreate their tracks and identify movement or behavior consistent with fishing. Until now, remote sensing methods have provided only a broad or incomplete view of fishing behavior.

The broad view, which tries to capture all fishing activity without considering the type of gear being used, is somewhat like trying to quantify land-based farming for a given area without distinguishing between livestock, row-crops or orchard farming.

There has also been work to develop more fine-scale views that focus in on a specific type of fishing. Previous studies have looked at trawling, for instance. While this work is significant, it doesn’t allow for a comprehensive view of fishing activity. Again, to take an analogy from the land, analyzing wheat farms doesn’t allow us to make conclusions about land use relative to all farming.

This new work allows researchers to take a comprehensive look at how fishers use the oceans by combining fine-scale analyses of three of the most common types of fishing, trawling, longlining and purse seining. It also allows them to see the amount of time spent actually fishing as opposed to something else such as transiting or hanging at anchor.

“We’re very much aware of the differences of the gear types, and we’ve tailor made our algorithms for that so we can really tell what is happening out there,” says Kristina Boerder, one of our academic partners and an author on the paper. “Because all three algorithms were developed in one place to fit into the same framework, it is the first opportunity to run these analyses all together.”

According to Elizabeth Madin, researcher from Macquarie University in New South Wales Australia, this work helps to fill critical gaps in the scientific understanding of how and where fishing is occurring on the high seas. “It’s something that’s been notoriously difficult to quantify over large scales with any accuracy in the past,” she says. “Perhaps equally importantly, this study improves our ability to harness the full power of the vast dataset of fishing patterns globally that has emerged through the use of satellite AIS technology. Marine scientists and ocean resource managers will find this incredibly valuable.

To develop their tools, Kristina and her team analyzed satellite-based AIS tracks from 2011 to Oct 2015. They looked at characteristics such as speed, changes in direction, how a vessel moves, and how long it engages in certain types of movement. Some characteristics were more important than others in identifying each type of gear. So in order to automate the identification process, they had to take a different approach for each fishing method.

For trawlers, they applied a machine learning approach. They fed a computer thousands of examples of trawling vessel tracks (millions of individual AIS signals) and asked the computer to identify patterns among those tracks. Having established the set of rules to define trawler patterns, the computer could then apply those rules to unidentified tracks and pick out trawling behavior.

Purse seiner behavior is distinct in that vessels move very quickly in a circle around a school of fish to set the net, then move very slowly for a period of time, drifting as they haul up their nets. For these vessels, the researchers applied a filtering process by which, step-by-step, the computer eliminated behavior that did not fit with the behavior of pulling up the net. By re-evaluating after each filter, and applying the next level of elimination, the algorithm narrowed in on purse seine fishing events with 97 percent accuracy.

Longliners posed a slightly different challenge because speed was not as relevant to longlining as it was to the other two gear types. In this case, the researchers used a data mining technique and applied methodology from land-based ecologists who study animal movements. Other work has shown that human fishing activity resembles that of animals searching for and hunting prey. “If an animal spends a lot of time in one confined area,” Kristina says, “there has to be something of interest there—they could be sleeping, or foraging, or hiding.” Longliners offer the same clues by spending a lot of time traveling back and forth over the same territory as they set and retrieve their lines and hooks.

Kristina says the team fed AIS signals into their computer and asked the computer to mine the data and pull out tracks that met a certain set of expectations for what longliner fishing behavior over time and space looked like. Evaluating each vessel track, the computer took note when a vessel began to behave according to the expectations given. It then applied the next level of expectations, highlighting tracks that met those, and re-evaluated again. This is the first time an automated process has been developed to identify fishing activity of longliners.

The new Dalhousie algorithms can be a game changer for fisheries management and conservation, especially in combination with Global Fishing Watch’s list of individual fishing vessels, which helps identify the species of fish being harvested. Knowing where and when a given species is being taken from the ocean allows for a much better assessment of fisheries management on a global scale.

Researchers will be able to study more precisely how human activity overlaps with such things as migration patterns of tuna, nursery areas for sharks, or ecosystems surrounding marine protected areas. “It is a tailor-made approach that can be used to search and evaluate fishing effort for any fleet anywhere in the world,” says Kristina. “We hope that other researchers and ocean managers will use our tools to further their work. It opens the door to a whole host of research questions that couldn’t be asked before.”