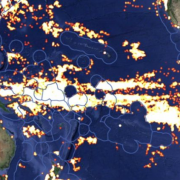 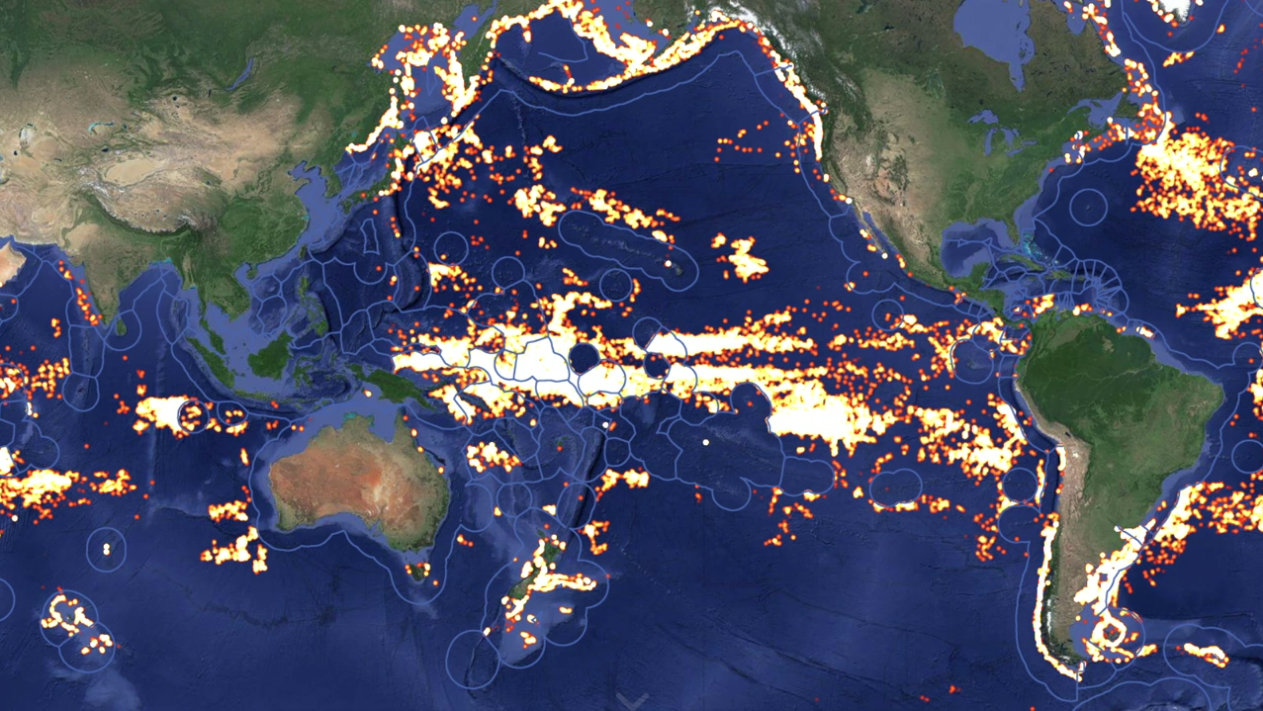 Global Fishing Watch is the product of a technology partnership between SkyTruth, Oceana, and Google, designed to enable anyone to see and understand apparent fishing effort worldwide. This, in turn, will help reduce overfishing and illegal fishing and help restore the ocean to sustainability and abundance.

The story of Global Fishing Watch is really the story of a team coming together over the vision of what might be possible with satellite data on a global scale.

More than a decade after its founding, SkyTruth had become known as the small nonprofit with a big-picture view of the world. Environmental organizations had been coming to us for help solving challenging problems with remote sensing. We had become a trusted source for unbiased analysis and indisputable imagery that revealed what was once invisible. So when we were asked to turn our analysis to the issue of commercial fishing far out at sea, it was a natural fit.

In 2012, Pew Charitable Trust’s Global Ocean Legacy program was encouraging conservation in the rich and diverse waters of Easter Island Province, a remote territory of Chile located in the southeastern Pacific Ocean, about 2,500 west of the mainland. Hoping to demonstrate the need for protection and the feasibility of monitoring, they looked to us for a solution.

Satellite photographs of illegal fishing in the area would have easily made the point, but such photos don’t exist. Contrary to common belief, no one is actually taking high resolution, fine-scale images of the entire world at all times. So we had to come up with a new method of looking at fishing behavior far over the horizon.

Using low-resolution satellite radar images, we detected the presence of ships in the water based on the radar reflectivity of their metal hulls. Then we learned to work with radio signals broadcast via the Automatic Identification System (AIS) used by many ships to avoid collisions at sea. Combining the data, our analysis showed that fishing was occurring in the open ocean right up to the edge of Chile’s territorial waters. It also revealed that not all fishing vessels were broadcasting their presence with AIS. That was enough to demonstrate that Chilean waters could be vulnerable to unscrupulous fishing behavior, and the Chilean government subsequently stationed a long-range reconnaissance airplane on Easter Island to monitor activity in the area. With that project, we quickly realized the power of AIS data to identify and track fishing activity over the horizon and out of sight. And that’s where the vision began.

Impact Story: Chevron Spill May Have Reset the Tone for Oil Boom in Brazil