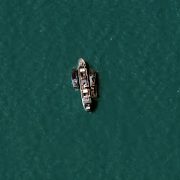 Our most recent trip around the sun was filled with growth and major (positive!) impact for the environment, so we’re inviting you to share in our success. Of course, SkyTruth is a 501 (c) (3) non-profit, so your tax-deductible donation before midnight tomorrow will reduce your 2015 tax bill and help us keep a sharp eye on the world in 2016.

Already convinced? You can donate here. But strap in – we’re taking you on a tour from the Bird’s Foot Delta of the Mississippi to the Dogsleg of Papua New Guinea.

Offshore Energy: For eleven years oil has leaked into the Gulf of Mexico from a point eleven miles off the Mississippi River Delta (aka the Bird’s Foot Delta). Our dogged reporting of this slow-motion oil spill finally caught the attention of the Associated Press. Their investigation ultimately pushed the U.S. Coast Guard to acknowledge a spill rate 20x higher than Taylor Energy had ever admitted. Then in September, Taylor Energy settled a lawsuit brought by the Waterkeeper Alliance and several of our other Gulf Coast partners over lack of transparency about what the company had done to stop the flow of oil into the Gulf of Mexico.

In recognition of the five-year anniversary of the BP/Deepwater Horizon disaster, we mapped the nearly 10,000 reported oil and chemical spills that have occurred in the Gulf since the oil stopped gushing from the Macondo well in 2010. Once it became apparent that a Coast Guard database we relied on for daily pollution reports would be offline for the indefinite future, our programming team engineered a way to convert their weekly data dumps back into the SkyTruth Alerts you know and love.

Fracking: We’ve continued our work to map the footprint of drilling and fracking in the mid-Atlantic using aerial imagery and geospatial data. On one very seasonally-themed map we mapped the spooky spread of drilling in Ohio’s Utica Shale, while below we animated a visualization of the drilling boom in western Pennsylvania using your FrackFinder results.

Also of note, the oil and gas industry finally gave in this year on a transparency issue we’ve pursued since 2012. In May, FracFocus.org unlocked access to tens of thousands of fracking chemical records regarding drilling operations across the US. Industry proudly proclaims that they did this voluntarily, but judge for yourself if you think they would have unlocked this data without our persistence over the past three years.

Coal and Metal Mining: This summer in Colorado contractors for the EPA accidentally triggered a spill of polluted water from an inactive gold mine, turning the Animas River orange for miles. To provide some context on the problem of abandoned mine lands in the US, we compiled a couple of interactive maps to help visualize at least some of the abandoned coal mines and inactive metal mines in the US. Later this year a dam at an iron mine in Brazil collapsed, destroying an entire town, killing 17 people, and displacing hundreds more. We used satellite imagery to investigate the impacts of the disaster, and published imagery showing the developments leading up to the catastrophe. Unfortunately, as we wrote this month, this kind of spill from mine waste impoundments is all too common around the world. Fishing/Marine Conservation: While our programming team is hard at work developing the Global Fishing Watch platform to help tackle the ecological crisis of overfishing, we’ve also come across some major cases of maritime malfeasance.

In January we stayed up late to help the government of Palau catch the Shin Jyi Chyuu 33, a Taiwanese-flagged fishing vessel caught in their waters, and according to official reports had shark fins and illegally caught tuna in her holds. A few months later, after monitoring the movements of a Thai-flagged cargo vessel suspected of “transshipping” with vessels crewed by slave labor, we helped the Associated Press acquire this satellite image. The image (above) shows the Silver Sea 2 tied up with two unidentified fishing vessels in the “Dogsleg” region of Papua New Guinea’s territorial waters.

This summer a film crew for National Geographic came to the office to learn more about what we are doing for marine conservation and how fishing transparency can encourage more sustainable fisheries management:

Over the course of 2015, the New York Times launched a now six-part series on the “Outlaw Ocean“, kicking it off with a globe-trotting investigation of the Dona Liberta. If you recall,the Dona Liberta (now known as the Sea Pearl) is a scofflaw cargo ship first spotted by SkyTruth back in 2012 off the coast of Angola at the end of an oily-slick approx. 90 miles long.

Technology Won’t Save the Planet. You Will.

In 2015 we welcomed three new full-time members to our team, as well as two part-time programmers. Our staff traveled from Chile to Lisbon to talk about Global Fishing Watch, shared our big ideas for conservation at the Aspen Ideas Festival, and convened with mapping and remote sensing experts at Google’s GeoForGood and CartoDB’s State of the Map conference in NYC. Your tax-deductible contribution will help us continue to keep an eagle-eye on the planet and continue to share our vision for a better world. 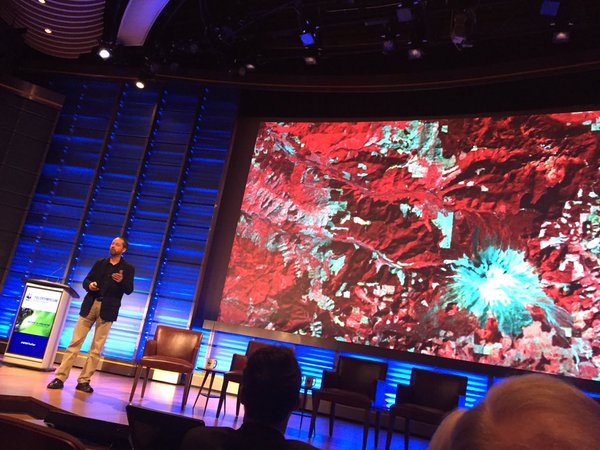 As John said last month at the WWF Fuller Symposium at National Geographic, “The answer to the question, ‘Will technology save the planet?’ is clearly ‘no’ — people will save the planet, but technology will give them the inspiration and the tools…”

Now it’s your turn. Subscribe to Alerts, sign up to be a volunteer for FrackFinder WV coming in early 2016, or donate. Thank you!

Déjà Vu All Over Again: Tailings Dam Failures at Metal Mines Around the W...