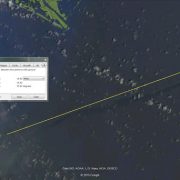 The Associated Press recently ran an in-depth article and video on the chronic Taylor Energy oil leak in the Gulf, just a few miles of the top of the Mississippi Delta.  We’ve heard the company claims they plugged all of the leaking wells on the seafloor at the site of their Hurricane Ivan-destroyed oil platform in 2011, and that any leaking oil since then is just “residual” oil oozing out of sediment on the seafloor. If that’s the case, it seems reasonable to expect the slick at that location to gradually get smaller, and ultimately disappear.

But that’s not what we’re seeing on satellite imagery, and that’s not what is being reported on a near-daily basis to the Coast Guard’s National Response Center.  This Landsat-8 satellite image taken yesterday (May 7, 2015) shows a slick emanating from the site and stretching to the west for at least 16 miles.  Most of the slick appears dark in the image, indicating a thin sheen of oil; but for many miles it’s bounded along its northern edge by a distinct bright line that suggests much thicker, emulsified oil, like the “mousse” observed and sampled by Florida State University researchers last summer.

Which makes us ask: have all of the wells actually been plugged, or was the work stopped before the job was completed? 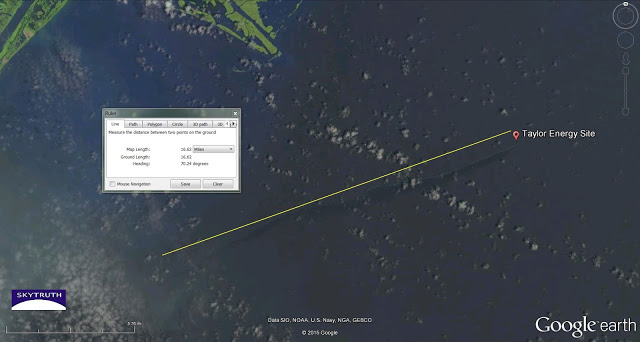 How much oil is in this slick? It covers an area of 15.4 square kilometers. Assuming this slick was mostly a very thin “rainbow sheen” as has been repeatedly documented, a conservative estimate for the thickness is 1 micron (one-millionth of a meter). The bright line of thicker, emulsified oil is many times thicker than that. But to be conservative let’s assume that, on average, this slick is only 1 micron thick. That amounts to 264 gallons per square kilometer. 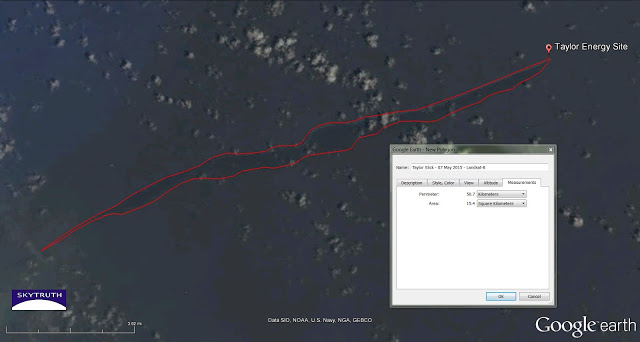 So yesterday, there was a slick holding at least 4,066 gallons of oil from the Taylor leak.  Taylor has claimed the average daily leak rate is about 4 gallons. But thinly spread oil out in the Gulf can only survive for a matter of days before it’s broken down by evaporation, dissolution, dispersion, photolysis and biodegradation.