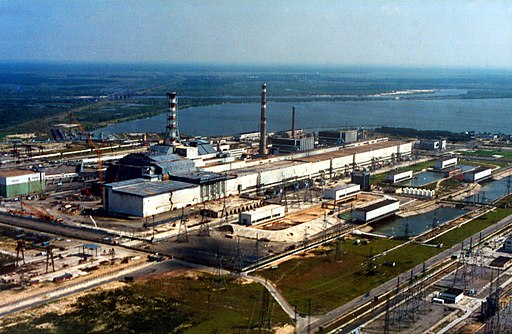 A large wildfire has scorched an area just 15 kilometers west-southwest of the Chernobyl nuclear power complex, a site infamous for a meltdown in 1986 that is considered the world’s deadliest and costliest nuclear power plant accident.  This is uncomfortably close: anything within 30 kilometers of the power plant site lies within the so-called “Zone of Alienation” where Ukrainian scientists believe human habitation will not be possible for at least 20,000 years.  Alien nation, indeed.

This burned area is well within the exclusion zone, raising legitimate fears that  radioactive ash was being lofted into the air and could be deposited many miles away across Europe.

MODIS satellite imagery gives us a look at what’s happening. The last clear image of the fire was taken on April 28, although we also got a partially cloud-obscured image today (April 30).  On the 28th, the plume of smoke was moving directly to the north from a burned area that covered about 67 square kilometers, with several obvious hotspots on the perimeter that were still vigorously burning.  Today, we measure a total burned area of 113 km2 — almost double the size just two days ago — although active hotspots were not apparent on this morning’s MODIS image, suggesting the fire may indeed be under control.  High-resolution satellite imagery in Google Earth, taken in 2011, shows the burned area was a mosaic of forest and scrub / open fields.