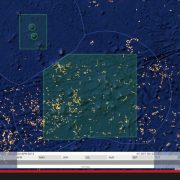 We’ve been using AIS tracking data to monitor fishing activity in and around the Phoenix Islands Protected Area (PIPA), within the territorial waters of the Pacific island nation of Kiribati. The management of this marine protected area has attracted criticism by allowing sustained commercial fishing, despite the “protected” label.  This video clip from Global Fishing Watch illustrates the controversy: it shows what we interpret to be pervasive fishing throughout the protected area in 2012-2013.  In fact, the level of fishing activity by large commercial vessels within PIPA appeared to be about the same as in adjacent, unprotected waters during that time period: 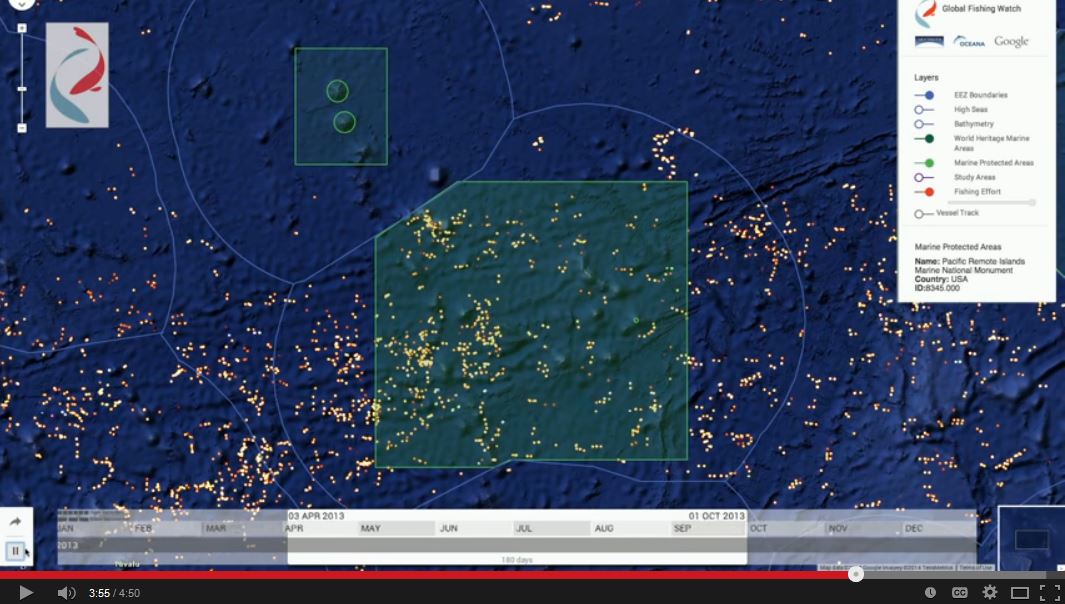 But big changes are afoot: as of January 1, commercial fishing within PIPA is no longer allowed.

Will this fishing ban have teeth? On December 31 (January 1 in PIPA), just 30 minutes after the closure took effect, we observed nine fishing vessels still in the area that were broadcasting an AIS signal.  Four appeared to be engaged in fishing activity, and five were in transit.

But by the next day, all of these vessels had moved out of PIPA. A few remained to fish nearby in Kiribati waters, like the Mataika, a South Korean purse seiner probably fishing for tuna, shown on the map below.

We’re encouraged by what we’ve seen so far. We’ll keep watching in coming weeks using Global Fishing Watch to systematically monitor the effectiveness of the PIPA closure over time.  Look for a report from the GFW team in a few weeks — hopefully confirming that this protected area is, indeed, protected at last.