SkyTruth – Shepherdstown, WV: On Monday, August 4, 2014, an approximately 580 acre tailings impoundment failed at a Canadian gold and copper mine near Likely, British Columbia. The breach at Imperial Metal’s Mt. Polley mine dumped an estimated 1.3 billion gallons of toxic mine waste into the surrounding environment. On August 5, Landsat 8 acquired an image of the mine showing that grey sludge from the breached dam has entered Polley Lake, saturated the entire length of Hazeltine Creek, and entered Quesnel Lake over five miles downstream of the failed impoundment.

The spill has prompted drinking water bans throughout the region, since the pond contains a slurry laden with arsenic, lead, mercury, selenium, and other toxic metals and compounds. 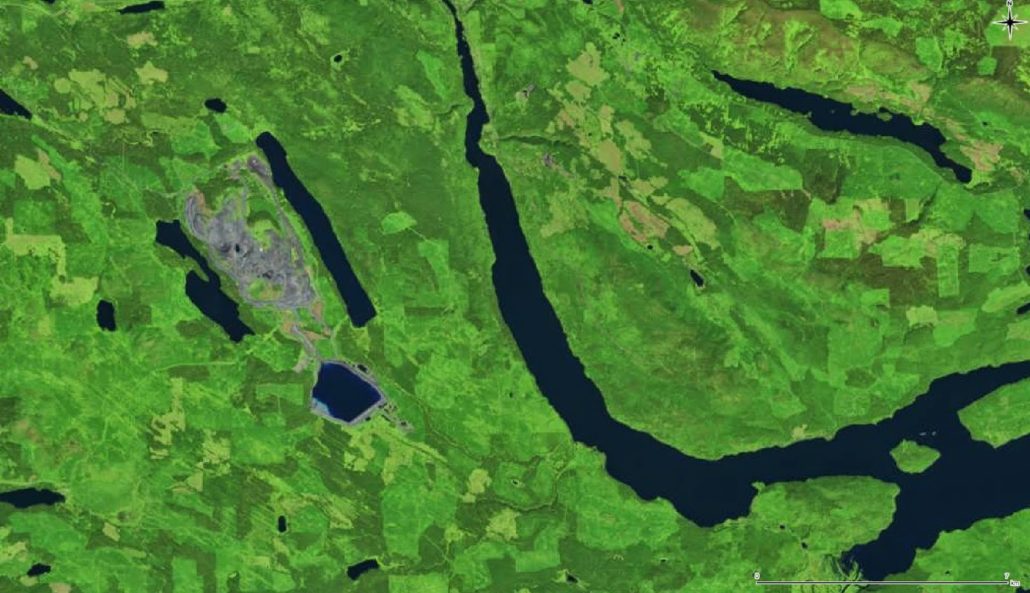 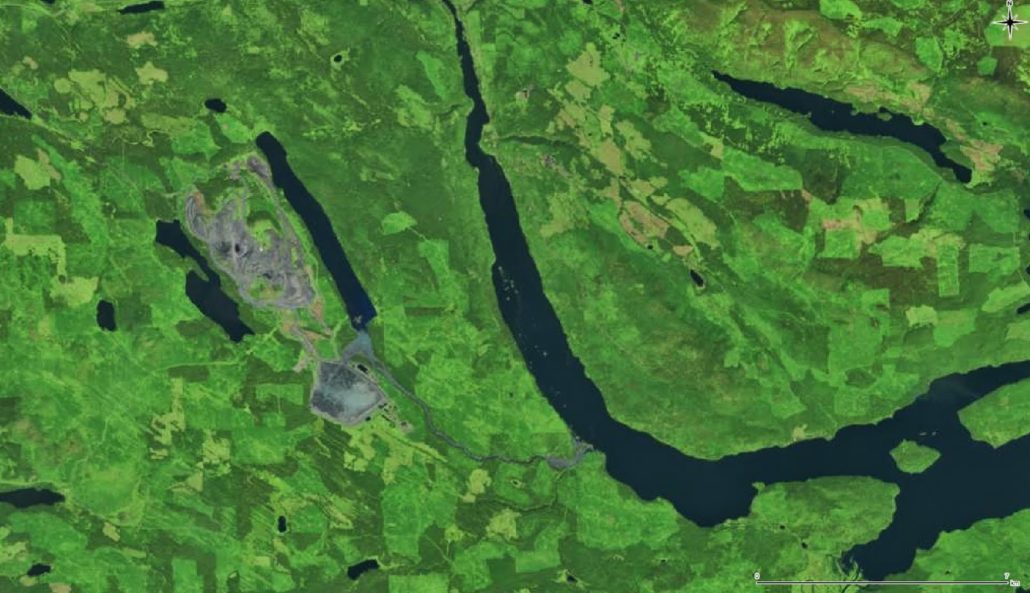 Mt. Polley Mine and Quesnel Lake, British Columbia, Canada: The first image is a Landsat 8 satellite image acquired July 29, 2014, showing the pond intact and Hazeltine Creek barely visible. In the bottom image, the pond has breached and grey mine waste can be seen entering Quesnel Lake over five miles away.                    Source: USGS/Landsat

*Media – Click here for a full-resolution version of the after image. Credit: USGS via SkyTruth

The president of Imperial Metals, Brian Kynoch, claims that the water in the tailings pond is “near drinking water quality” and expressed disbelief that the impoundment could fail so catastrophically, despite the fact that Canadian officials had issued multiple warnings to Imperial Metals for exceeding water quality standards for effluent and exceeding the permitted wastewater levels in the pond.

Local citizens anticipating the arrival of a salmon run now fear the worst for the environment and tourism, especially as they begin to document dead fish in Quesnel Lake.

Environmental groups across North America will be watching this story closely given the similarities to the proposed Pebble Mine in Alaska’s Bristol Bay watershed, the world’s most productive wild salmon fishery. Tailings ponds at Pebble mine would cover a surface area 13 times larger than the Mt. Polley impoundment and would have earthen dams taller than the Washington Monument.

Mining in Wisconsin – Another Consequence of Fracking