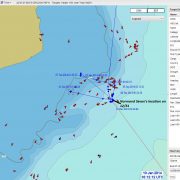 We may now know what caused the large smoke plume we observed on a December 31 satellite image off the coast of Brazil.  We learned that repair operations were being done on a pipeline in the Marlim Sul field between two platforms about 10 miles north of the point of origin of the smoke plume.  We’re told it is not unusual for a large volume of flaring to be necessary during a pipeline repair operation.

Using satellite AIS data, David spotted a pipelay vessel, the Normand Seven (here’s a painting of the vessel), working in the area on December 31, supporting this information that a pipeline repair project was being conducted.

Teri made this map showing the track of the Normand Seven in late December through early January: 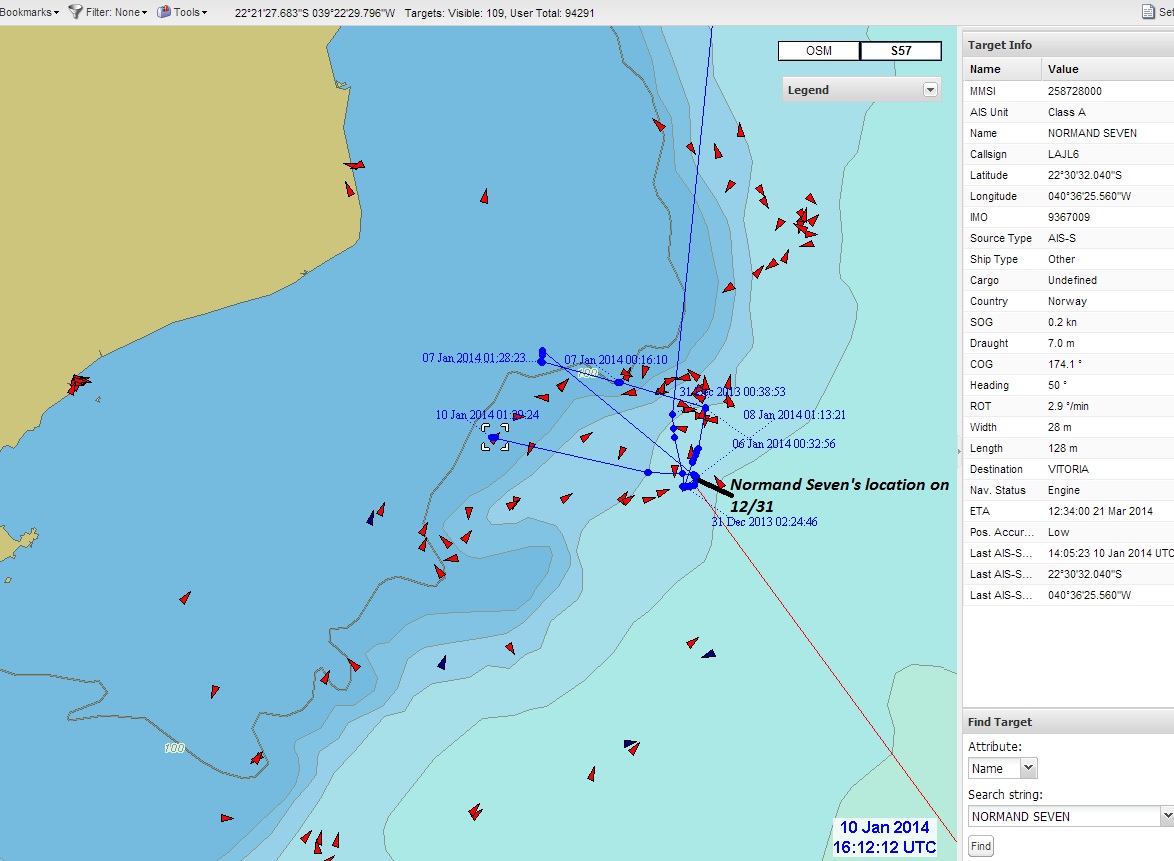 Satellite AIS data showing the track of the Normand Seven in the area where we observed a large smoke plume on December 31. Image Credit – © exactEarth

So… one mystery possibly solved.  Meanwhile, we’re still wondering about the oil pollution response activity some 45 miles to the southwest.