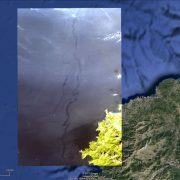 We got a tip early this morning from a friend in France that an oil spill had been reported in the Mediterranean Sea off the northwest coast of Corsica.  Today’s MODIS images showed nothing of interest.  But we did find a brand-new Landsat-8 satellite image that was taken yesterday (September 2), and it shows two parallel slicks that appear to be bilge-dumping incidents. We’ve really boosted the contrast in the images below, so you can more clearly see the slicks.

The largest slick is at least 90 km (56 miles) long; at the north end it disappears into clouds and haze. The smaller slick to its west is about 41km (25 miles) long.  Both are very sinuous, suggesting they are at least a day or so old and have been pushed around by the wind and current.

Bilge-dumping is a definite no-no in the Mediterranean.  Hopefully the CleanSeaNet program is on top of this and will track down the offenders.  Careful study of AIS data might identify the likely culprits. 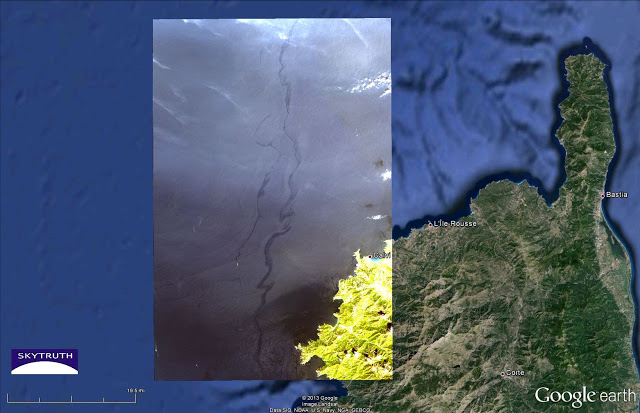 Detail from a Landsat-8 satellite image taken on September 2, 2013 (inset) showing likely bilge-dumping slicks off the northwest coast of Corsica. 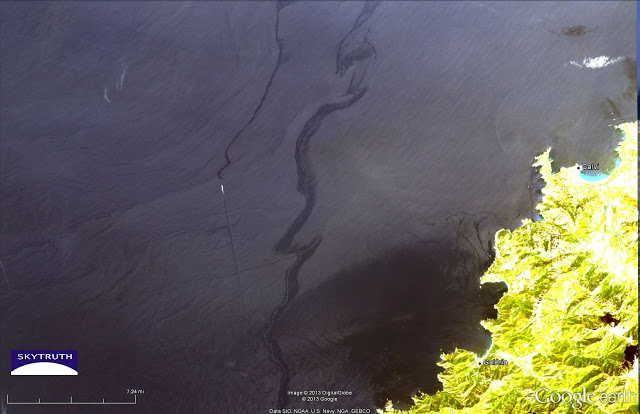 Detail from above. Bright spot at south end of slick to the west is a large vessel moving to the north; probably not associated with this pollution incident.