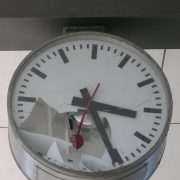 On Wednesday, SkyTruth released a database created from over 27,000 “chemical disclosure reports” voluntarily submitted by industry to FracFocus.org for gas and oil wells fracked between January 2011 and August 2012. But as a few folks have pointed out, there are some obvious issues with this database: the data hardly represent all of the wells drilled; roughly 21% of the records are concealed as proprietary or “trade secret;” and the data include a wide variety of mistakes, from spelling errors to invalid Chemical Abstract Service (CAS) numbers.

So why did we publish this database?

In the news release we said, “SkyTruth hopes this data release will promote discussion about effective disclosure, and credible research on this nationally significant issue.”
Our objective was to capture the FracFocus dataset as is – warts and all – in hopes that other enterprising researchers and analysts would be able to help clean it up and produce useful analyses to inform the public. Many have complained the data don’t rise to the standard of adequate public disclosure (see this article from Bloomberg News).
By making the data available, these shortcomings can now be systematically analyzed and quantified by anyone with the skills and interest to do so. We think this is tremendously important, because some states have already designated FracFocus as the place for public disclosure of the chemicals used in fracking; and the federal government may be on the brink of doing the same for millions of acres of public land.
The database has already helped us produce useful information about disclosure rates in West Virginia and Pennsylvania, the large amount of water used in the fracking process (relative to Niagara Falls and Central Park in New York City), and even the continued use of diesel fuels for fracking in spite of the Safe Drinking Water Act. We expect that other NGOs, academics, the general public, and regulators can use the database to calculate disclosure rates in other states, compare the data with public health information, analyze trends in the use of certain chemicals geographically or by company, and much more.
The FracFocus data give us only a partial picture of the chemicals used in fracking.  We hope this data release will help inform the discussion about what true transparency should look like — and stimulate real, concrete action by government and industry to meet that high standard.
https://skytruth.org/wp-content/uploads/2012/11/Vandalism_clock.jpg 1600 1167 David Manthos /wp-content/uploads/2016/08/test_logo.png David Manthos2012-11-17 14:58:002019-02-19 10:32:22Disclaimer: Even Incomplete Data Are Useful
2 replies

Fatal Explosion and Fire on Platform in Gulf of Mexico

Flaring (?) Off Nigeria’s Coast
Scroll to top
SkyTruth and/or its third party tools use cookies to monitor traffic in the aggregate on our websites and applications and to improve user experience. If you continue browsing, we'll assume you agree to the use of cookies. You can change your cookie settings at any time in your browser settings. Find out more in our privacy policy.