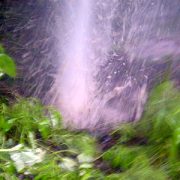 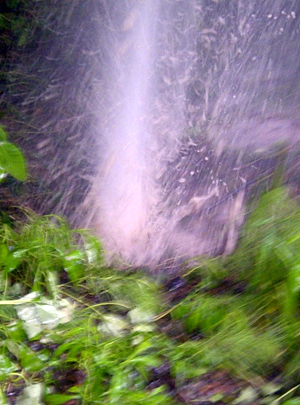 EcoWatch reports that the Pennsylvania DEP is investigating a suspected methane migration problem which caused a 30-foot-tall methane-driven geyser to erupt from the side of a local road, and contaminated a water well at a hunting cabin in Union Township.

The geyser is  now under control, and evacuation is being planned for residents within a 1-mile radius. Shell is flaring gas

from several wellsites in the vicinity in an attempt to lower pressure and reduce the methane leaks at the surface. (We’re not sure why this would work; it suggests all of these wells are in communication with each other, the gas reservoir, and the surface — a highly undesirable situation.  Can anyone explain?)

If the cause is determined to be a fracking operation intersecting an unmapped, improperly abandoned well, then this is great concern for the future of fracking in a state that is littered with thousands of abandoned wells.