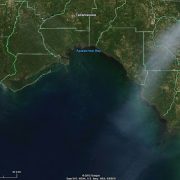 Florida’s burning. All over. But one fire in particular can be seen in this Modis image from yesterday. The smoke coming from the fire burning in the upper right hand corner is from the County-line fire, which started from a lightning strike on April 5. Currently, there are 30,000+ acres burning in this fire. 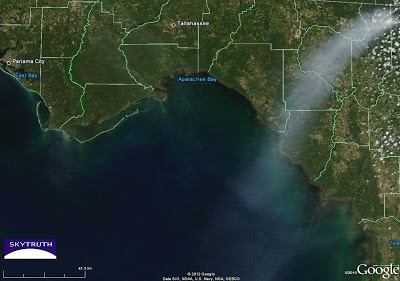 According to this article from OPB News, over 1400 wildfires have burned in Florida in 2012 and the wildfire season isn’t even at its peak yet. As you can see from this really cool graphic from the Florida Forest Service, there are fires burning in almost every area of Florida in all directions with the exception of the area south of Palm Beach.

One image that I saw from yesterday, however, shows what looks to be a fire burning on the little piece of land called St. Vincent Island, just southeast of Panama City, FL. I haven’t seen anything about this on the news and maybe it’s just an anomaly in the image, but it looks like something’s burning there. Anyone have any info on this one? 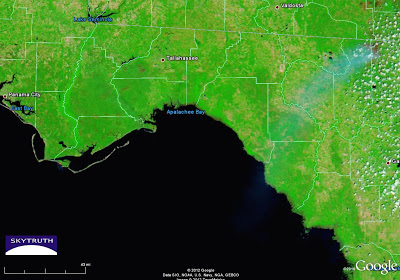 Keystone XL Tar Sands Pipeline – Alternative Route Through Nebraska
Scroll to top
SkyTruth and/or its third party tools use cookies to monitor traffic in the aggregate on our websites and applications and to improve user experience. If you continue browsing, we'll assume you agree to the use of cookies. You can change your cookie settings at any time in your browser settings. Find out more in our privacy policy.