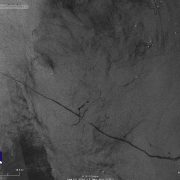 UPDATE: We figured out who the culprit was! Read all about how we identified the guilty party- FROM SPACE:

Original Story: We’ve been collecting quite a number of images showing the ongoing problem of bilge dumping across the globe and here is one that really catches the eye. This image, courtesy of the European Space Agency, was captured off the coast of Angola on April 6. It shows what appears to be an oily bilge dump approximately 92 miles long. The bottom image shows that you can clearly see the vessel that is probably responsible, circled in red: 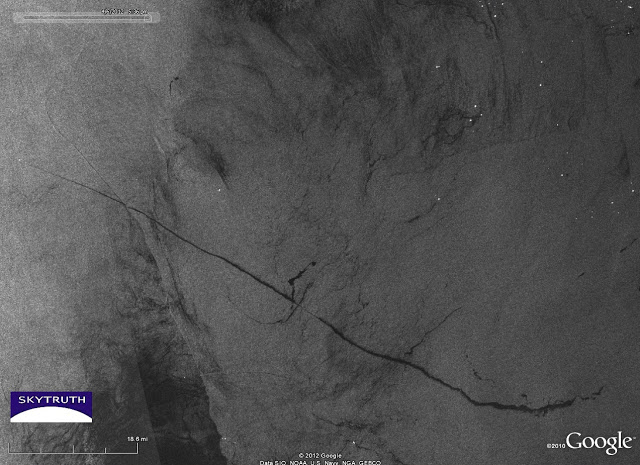 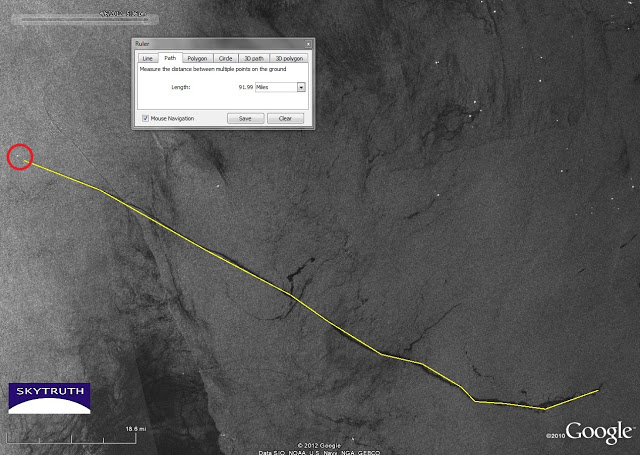 You can be sure that we look at images such as this everyday and when we see ’em, you’ll see ’em. Eyes everywhere.