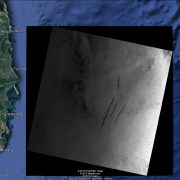 We’ve posted about bilge dumping before – the practice of flushing the oily slop out of your vessel, straight into the ocean.  It’s illegal in a lot of places, but it is very hard to enforce.  SkyTruth’s daily offshore monitoring program just caught this fine (awful?) example of bilge dumping off the coast of Vietnam, in a major north-south shipping lane about 115 miles offshore: 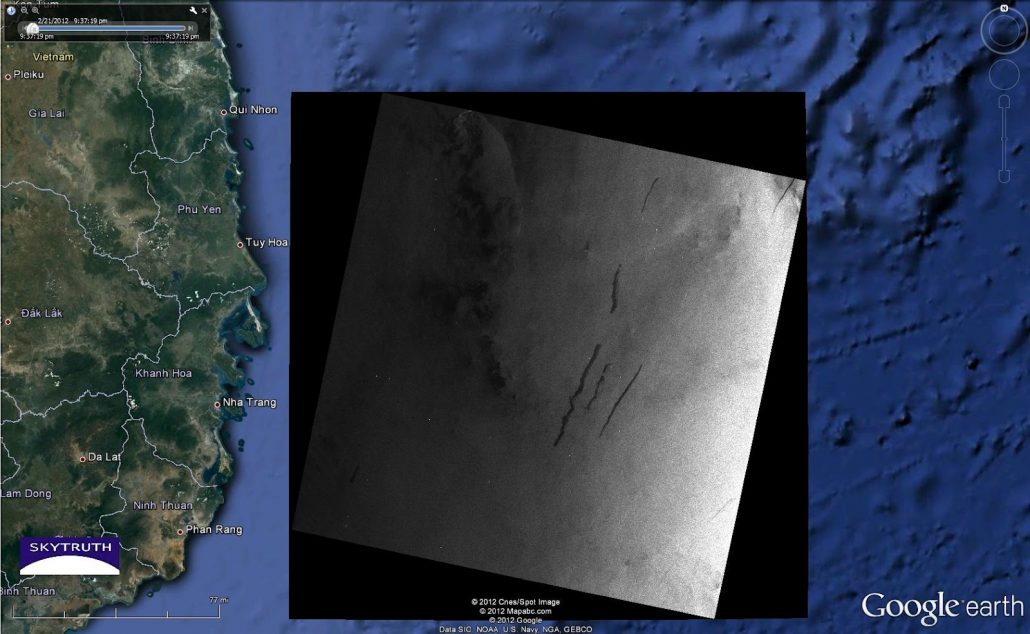 Zooming in on those black streaks, and turning the image west-up, here’s a closer look at this mess: 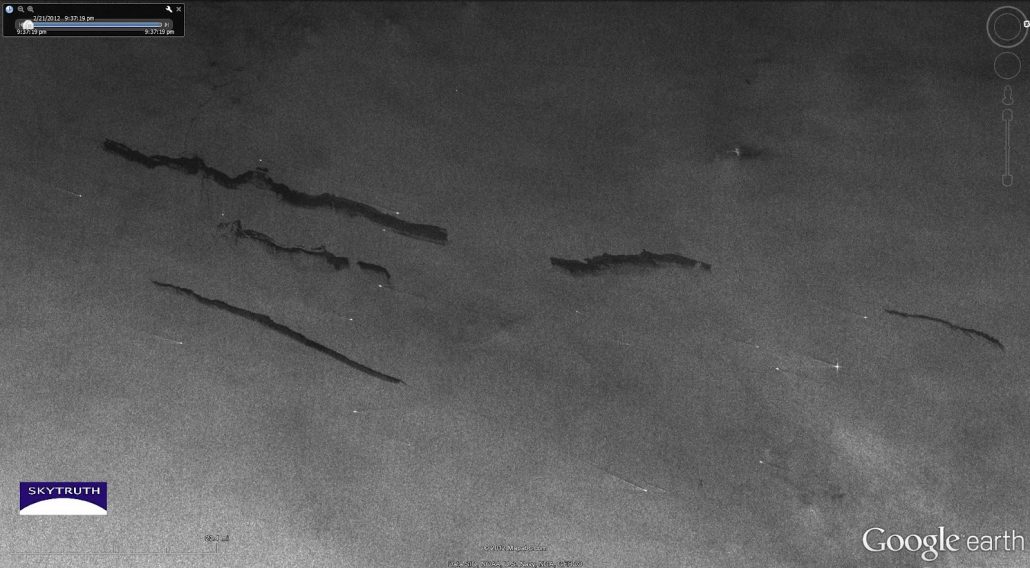 More images and analysis after the jump….

The slick at bottom left is 30 miles long. Assuming the oil is only one micron thick – that’s probably way too conservative – we calculate this slick holds at least 16,600 gallons of oily gunk: 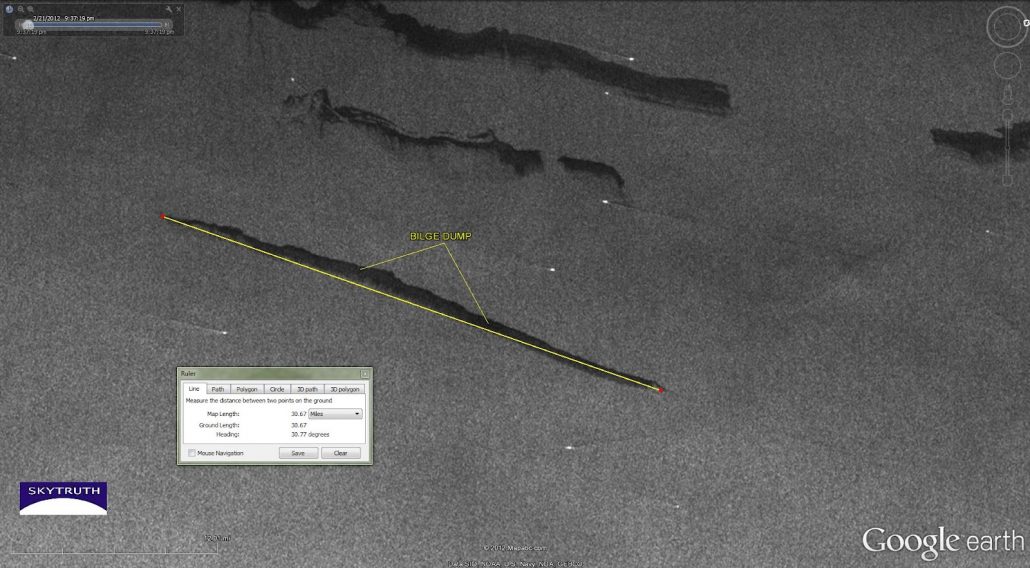 Busted!  Sort of.  Following the visible stern wake, we come to a vessel 30 miles away, the likely perpetrator for this particular slick: 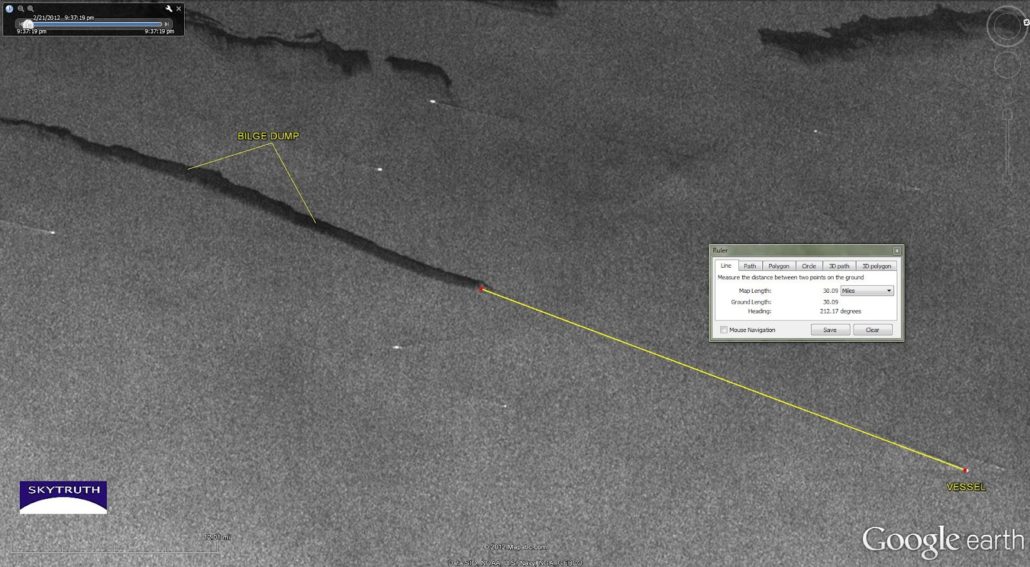