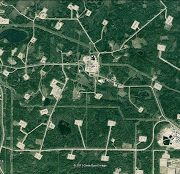 Question: From which country does the United States receive the majority of it’s oil?
Answer: Canada! Not Saudi Arabia. Not Angola. Not Kuwait. Canada.
You would be very surprised by how few people know this crucial fact. Or maybe not that surprised, depending on how you answered the above question.
Fact is Alberta’s bituminous tar sands have rapidly become a burgeoning force in our oil-driven world. The oil itself is retrieved through “unconventional” methods, as the sands are mined and refined through various processes to extract bitumen and turn it into petroleum. Controversy is raging right now over the proposed Keystone XL pipeline that would bring much more oil from Alberta’s tar sands across the US to refineries on the Gulf Coast – possibly for export to Mexico, Central America and other markets. The U.S. recently began exporting more petroleum than we import.
Alberta has experienced a economic boom in only a few short years, shepherding job creation and wealth into the province. However, environmental protests against domestic tar sands expansion and subsequent impacts on local wildlife and the Athabasca River are gaining force. Although industry players draw support through proclamations that tar sands are more “ethical” compared to oil from the Middle East or Africa, carbon emissions from extraction and refining pose significant climate threats to all of us.
Regardless of the politics, the actual mining imprint on Alberta’s landscape is impossible to fudge, and getting harder to ignore. See SkyTruth’s Flickr page for satellite images of the Athabasca mines.

Believe it or not, these SkyTruth maps only show part of the impact of tar sands development – the area where surface mining is the preferred technique.  A much larger area surrounding this has been targeted for  “in-situ” exploitation, where steam is generated (by burning natural gas) and pumped into the ground, heating up the buried tar sands deposits until bitumen is liquified and can be pumped to the surface for processing. Here’s the landscape footprint of the in-situ process:

Tar Sands Mining: Well, Canada is sorta big right?
Scroll to top
SkyTruth and/or its third party tools use cookies to monitor traffic in the aggregate on our websites and applications and to improve user experience. If you continue browsing, we'll assume you agree to the use of cookies. You can change your cookie settings at any time in your browser settings. Find out more in our privacy policy.