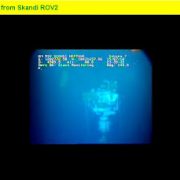 July 15, 2010 was a day of relief for many – even for folks up here in West Virginia – after 2-1/2 months watching helplessly as oil and gas billowed relentlessly into the Gulf of Mexico from BP’s runaway Macondo well. On that day one year ago, the final valve was carefully closed on an improvised “capping stack” that did the job after a string of heartbreaking failures. By that time an estimated 172 million gallons of oil had spewed directly into the Gulf, vastly exceeding the Exxon Valdez tanker spill of 1989 — making it the nation’s worst oil spill, and the world’s worst accidental spill.

After cumulatively covering an area the size of Oklahoma, the massive oil slicks on the Gulf’s surface began to dissipate almost immediately under the steady assault of evaporation, wind and wave action, biodegradation, photolysis, and cleanup efforts. We last observed significant oil slicks on satellite images taken July 28. But unknown amounts of oil and chemical dispersant lingered beneath the ocean’s surface, out of sight, with an uncertain fate and as-yet untallied environmental consequences.  What is clear is that this spill caused significant economic damage to the Gulf seafood and tourism industries, upsetting the lives and livelihoods of people as far away as Virginia. And oil from the spill continues to wash ashore along the Gulf coast.

Meanwhile, Congress has yet to pass any new laws governing offshore drilling safety.  In fact, they are going backwards by reducing funding for government inspections and oversight — despite the fact that the oil industry itself requested more funding for BOEMRE, the agency that manages offshore drilling.

Other frustrations?  The lack of progress in creating a national oil spill cleanup capability that has a fighting chance against the next major spill; the continued reliance on chemical dispersants as an effective cleanup tool, despite evidence suggesting they may do more harm than good; our serendipitous discovery of a chronic, 7-years-and-counting leak that is continually polluting the Gulf; the regular occurrence of “mystery spills” that never get resolved; the laughable results of a system that naively hopes polluters will accurately report their spills; the lack of consistent fines for polluters, a moral hazard that encourages sloppy operations and risk taking, all but ensuring another major disaster.

Oh yeah, and the 5,100 new oil and other hazardous materials spills in the Gulf region reported to the National Response Center since July 15, 2010.  Here are the 3,000 reports that have enough usable location information for us to pinpoint them on a map:

The inevitable conclusion?  Concerned individuals and citizen’s groups, like our Gulf Monitoring Consortium, have to take it upon themselves to investigate, understand, and publicize what’s really going on with pollution and offshore drilling. You can help us by submitting your observations and photos to our Gulf Oil Spill Tracker site. And next week we’ll unveil the SkyTruth Alerts system, a continually updated interactive map of reported pollution incidents nationwide, onshore and off.