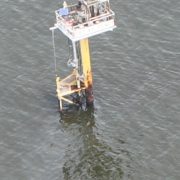 We’ve identified the leaking well photographed yesterday, using the map-viewer at SONRIS.  It was drilled in 2004 and produces natural gas and liquid gas condensate, probably what’s causing the visible slick. The API number is 17726205660000.  We haven’t found a way to look up the well operator in SONRIS, but with that API number – a unique ID number given to every oil and gas well in the US – state officials and the Coast Guard should have everything they need to run this down. 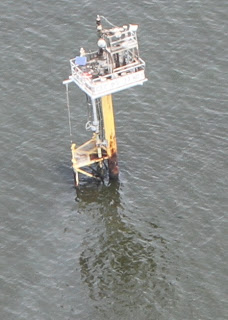 Is this the well responsible for the oil slicks reported near Venice since June 8?  I think that’s likely, but can’t rule out the possibility of another leak or spill in the area.  There’s a lot going on in that part of the Gulf.  Routine satellite monitoring would sure be helpful.

But to my Gulf Monitoring Consortium partners, I’d like to say: job well done, folks!

Oil Slick Near Venice, Louisiana – Operator Identified?
Scroll to top
SkyTruth and/or its third party tools use cookies to monitor traffic in the aggregate on our websites and applications and to improve user experience. If you continue browsing, we'll assume you agree to the use of cookies. You can change your cookie settings at any time in your browser settings. Find out more in our privacy policy.