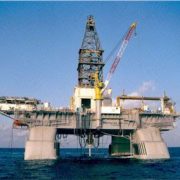 At this point our award for Worst Bedside Manner in 2011 has to go to Transocean. The year is young, and they may yet be unseated, but that’s hard to imagine. By now you’ve probably heard that, in their annual proxy statement sent to shareholders, Transocean declared 2010 “the best year ever” for safety at the company.

If the name rings a bell, it should. Transocean owned and operated the Deepwater Horizon drill rig that exploded, burned and sank last April, killing 11 workers and injuring another 17. And kicking off what became the world’s worst accidental oil spill, possibly due in part to actions taken on board the rig that doomed it to go down, plundering the pockets of fishermen, hotel and restaurant workers, and countless businesspeople throughout the Gulf region and beyond.

Statistically speaking, they may be correct that 2010 was their best year for safety: this is a big multinational company operating a global fleet of more than 130 drilling rigs. But the optics sure are appalling. The company has apologized for their “insensitive” word choice, but makes no apology for the huge cash bonuses awarded to the CEO and to other execs. All the while continuing to be less than fully cooperative with investigators looking into the causes of the spill.

We have a suggestion: let’s make this apology more substantial than just a pro-forma statement from an anonymous PR person. Transocean execs, why not donate all of your 2010 bonus money to vetted charities that are helping Gulf-area residents get back on their feet.

What do you say?