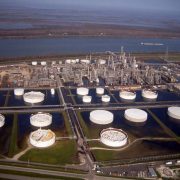 In case anyone doubts there is any connection between offshore oil and gas drilling, and risks of spills from onshore oil facilities, the helpful officials at BOEMRE have just made that connection crystal clear. Yesterday, BOEMRE awarded the 9th deepwater drilling permit since the BP / Deepwater Horizon spill to Murphy Oil Corporation to resume work on a well in the Green Canyon area of the Gulf of Mexico. 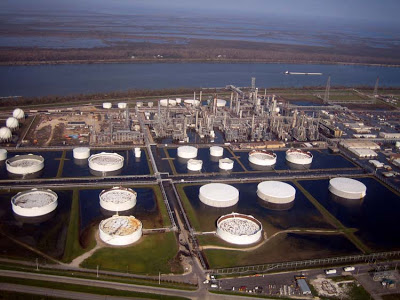 If the name sounds familiar, it should: in 2005 a Murphy oil storage tank damaged by hurricane Katrina spilled one million gallons of crude oil into a residential neighborhood in Chalmette, Louisiana; the biggest single spill of the 9 million gallons estimated by the US Coast Guard that spilled from storm-damaged facilities onshore and offshore. Some of this oil came from Gulf production; some may have been imported. But it’s clear that offshore producers need to have onshore facilities, and these facilities continue to be just as vulnerable to storm damage now as they were six years ago. And hurricanes are just a fact of life along the Gulf and Atlantic coasts. 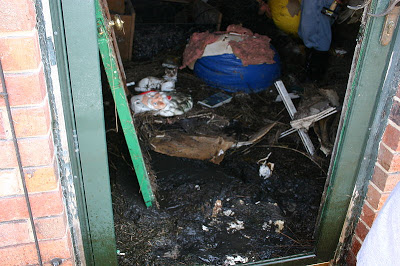 Fracking – Safe or Not?
Scroll to top
SkyTruth and/or its third party tools use cookies to monitor traffic in the aggregate on our websites and applications and to improve user experience. If you continue browsing, we'll assume you agree to the use of cookies. You can change your cookie settings at any time in your browser settings. Find out more in our privacy policy.